It’s the first-hand stories that really bring a new book about West Hampstead and Kilburn to life, says Dan Carrier 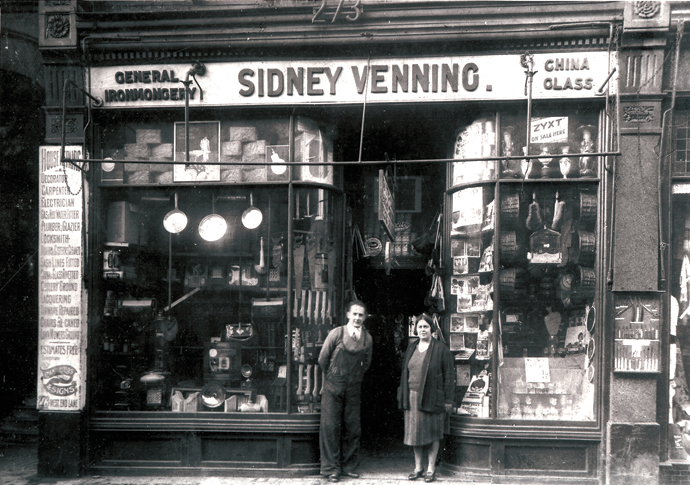 THE slopes of West Hampstead were so quiet in Georgian times, those living in scattered hamlets, cottages and estates could hear the guns firing at the Battle of Waterloo – and it avoided the clatter of the city for many decades afterwards, with residents able to tell the time by listening out for the chimes from Big Ben.

The story of West Hampstead and Kilburn is told in a new publication by the Camden History Society.

Authors Marianne Colloms and Dick Weindling have revealed the backgrounds to numerous landmarks and marked the changes in physical geography over the decades, but also brought the people who made it home back to life.

The book is an updated third volume, one of 15 surveys the Society has published of the borough.

Marianne and Dick, who write a blog on West Hampstead and Kilburn, set to work to comprehensively survey and tell the stories of those who worked and lived here.

Marianne told Review their work offered a new perspective to the streets she calls home.

“I love maps and I love history,” she said. “Some historians – myself included – can be slightly obsessive about what field was where, why a road may go one way and not the other.

“But what we have found is people really want to know about people – they want to hear the stories of others lives. This means we have expanded and changed the guide.”

Once the property of a handful of large landowners, Kilburn and West Hampstead was farmland up to the end of the 1700s. From rural pasture with cottages and the occasional grand house either side of Kilburn High Road, by the Victorian period, a new middle class put down roots.

This urbanisation was a gradual process, powered by the growth of railways, and an occasional housing boom when the economy was favourable for speculative developments.

Much of the current layout predates the First World War, while in the 1930s there was a vogue for demolishing larger houses and replacing them with flats.

The authors have scoured the archives of the Camden Local Studies unit at Holborn Library, and drawn on records such as censuses and rate books.

But they have also used first-hand accounts.

“We spoke to a lot of people, recorded a lot of memories,” said Marianne. “We were pretty veracious – we loved hearing all these stories being told.”

And what a rich field to harvest from.

There is Norman Bowler, the clock repairer of Mill Lane, whose parents John and Emily made a living on stage, billed as “banjo experts and instrumentalists”. Bowler did not fancy life doing end-of-the-pier gigs, and bought his shop after serving in the Great War for £100. He would sit in the window to work among a jumble of clock parts.

Then there is Edric Connor, who lived in Crediton Hill, a calypso singer from Trinidad who arrived in London in 1944.

He recorded the Banana Boat Song before Harry Belafonte made it a hit and would become the first black actor to appear in the Royal Shakespeare Company.

Ironmonger Sidney Venning started trading in West End Lane in 1917, and three generations of his family lived there until 1986. Sidney Senior, who died in 1982, recalled how he was once mistaken for the murderer Dr Crippen and arrested while out on a jolly to Margate.

Nearby was Albam Atkin’s chemist, which traded from 1904 to 1990. The Atkin family preserved its historic interior, which included glass-fronted wooden cabinets and large apothecary jars.

The fittings have since been reassembled at the Nakatomi Memorial medicine Museum in Japan.

Others found fame while living in enjoyable anonymity.

Actor Jimmy Nail was based in Maygrove Road in 1983 when the first episode of Auf Wiedersehen, Pet was broadcast.

“I walked to the Kilburn High Road to get a newspaper and read a review of the show, if there was one,” recalled the actor who played the show’s lead, a Geordie builder called Oz.

“All of a sudden all these cars were honking. I wondered what all the fuss was about… people in the street were coming my way. I ran home with a mob on my tail and hid behind the settee. People believed I was Oz and Oz was me. I tried to explain he wasn’t real, but they did not want to know.”