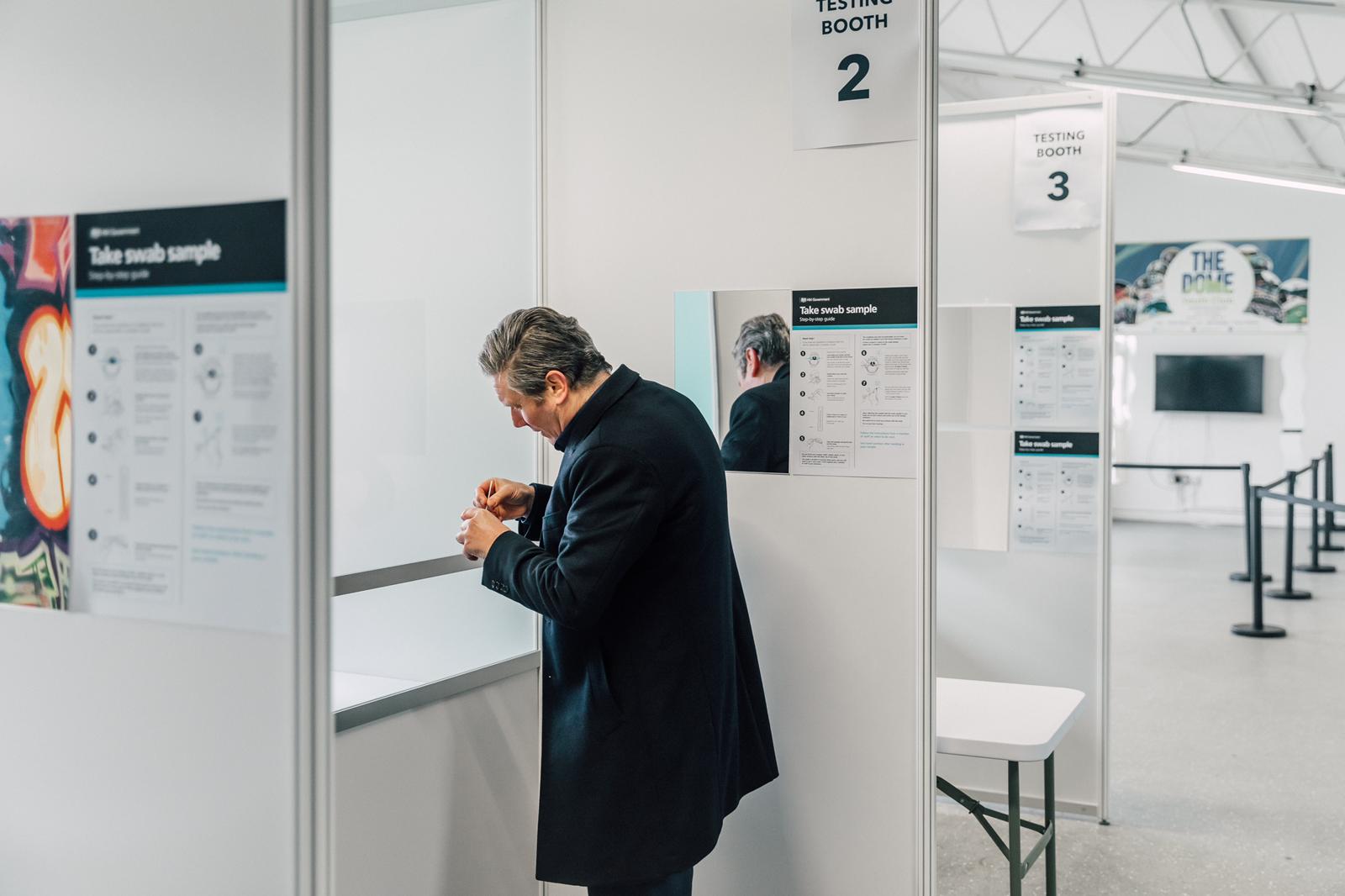 SIR Keir Starmer has encouraged people to use a new Covid-19 lateral flow testing centre in Queen’s Crescent as schools return next week.

The Holborn and St Pancras MP took a test at the Dome in Weedington Road on Friday morning, two weeks after its testing facilities opened to the public. He was given a tour of the Queen’s Crescent Community Association (QCCA) centre by its chief executive Foyezur Miah.

After having his test, by poking a swab at the back of his throat, he said the process was painless, and praised the staff and speed of service at the hub,

He said: “What we want to do is encourage as many people to do it as possible, for people who are going out to work, people who are in any environment where they are in contact with any other people, and then obviously next week we’ve got schools going back so obviously it’s very important people use it.

“The great thing about this is it’s known, it’s the Dome, it’s accessible for everybody here so the more we can encourage people in the better.”

Mr Miah said the amount of tests had increased from 112 a week to 150 within the first two weeks. “It’s been a lot busier than we’d have expected. It’s a significant improvement.

“What we’re hoping, as a result of today with Keir coming and supporting the lateral flow centre and helping to promote it, is that the number will continue to grow. We have a capacity for 120 a day, we have the team there, we have the staff there. That’s the capacity. We want more people to come in and get tests done on a regular basis, it literally takes five minutes, people can drop in, or book online as well.”

During his visit Sir Keir was thanked by staff member Shakil Moosa for raising the withdrawal of aid from Yemen during Prime Minister’s Questions on Wednesday. Mr Moosa’s son, Ayaan has raised thousands for victims of the humanitarian crisis in Yemen, including a donation by Angelina Jolie.

“We pretty much devoted all six questions to it this week,” he told Mr Moosa. “It’s awful and really important. The prime minister stands up and says we’re giving even more, and they’ve stripped it down by half that Monday.” 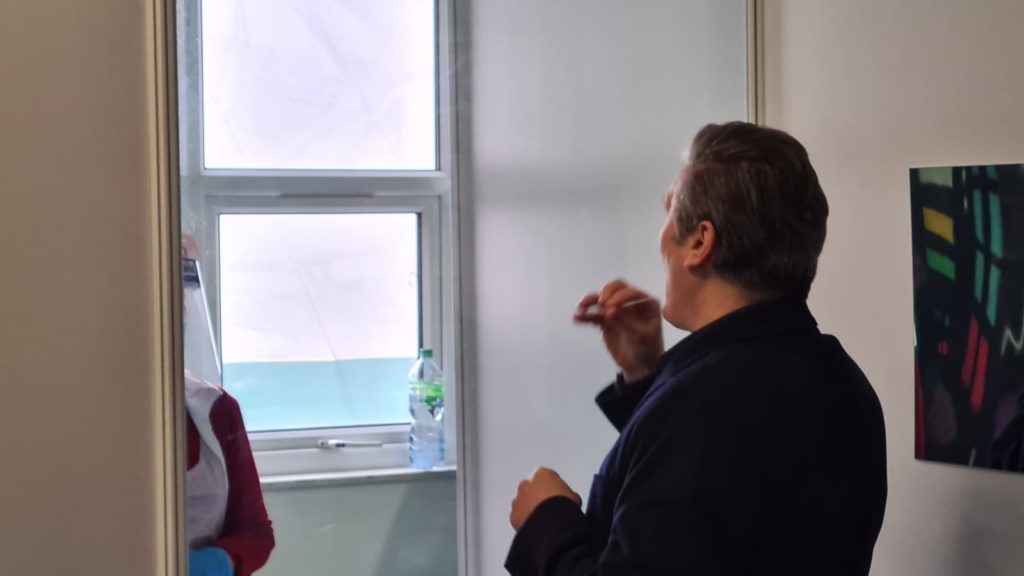 The visit came as the Labour Party and unions criticised a proposed one per cent pay rise for NHS workers after a year of being praised as heroes for serving on the frontline during the pandemic. The Labour leader’s wife works at the Royal Free Hospital in Pond Street and said the proposed increase was “insulting”.

“It is shocking that after the year that the NHS has been through, and they’re still in the middle of it because they’re rolling out the vaccine. We were up at the Royal Derby hospital yesterday and my wife works at the Royal Free. They are absolutely putting in a shift, over and over again and to be given a pay cut is just insulting. I think it shows the true colours of this government.”

He told the New Journal that YouGov polling published on Thursday, showing the Labour Party 13-points behind Boris Johnson’s Conservative Party was frustrating.

He pointed to a vaccine roll-out bounce for the government, after more than 20 million people have now received their first jab. 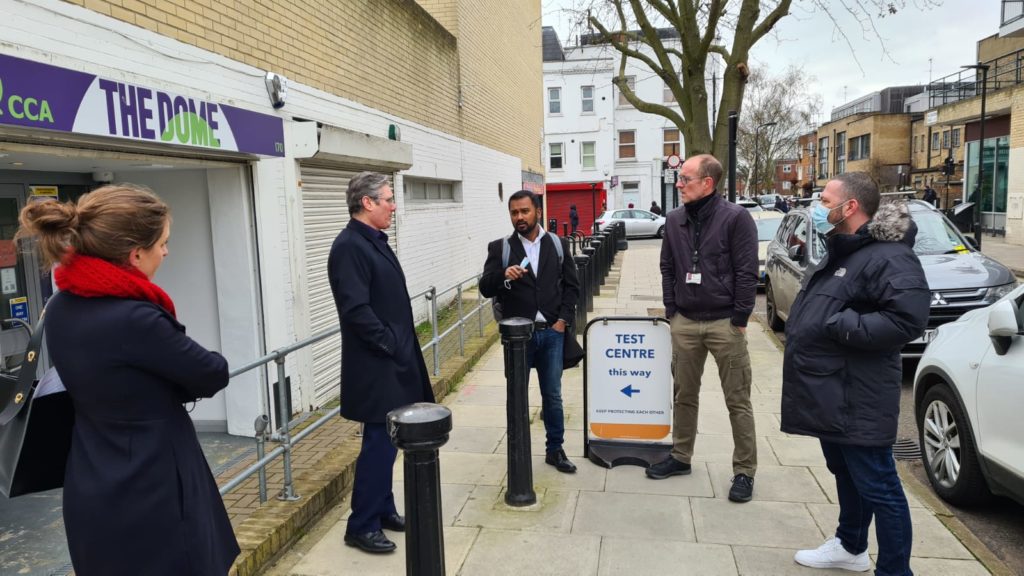 He said: “We must always remember that we lost badly in December 2019 and it was always going to take a number of years to turn the Labour Party around. I always thought it was going to take every week, month and year into 2024 and I therefore don’t think it was realistic that we would have turned it round within a year. There’s also the vaccine is going well and there’s undoubtedly a vaccine bounce for the government and they’ve pretty much tracked the polls.

“I’m not going to shy away from it, we’ve got to do more, we’ve got to do better. There’s no point pretending otherwise, my job is to turn the Labour Party around and that’s what we’re doing into 2024. Have we got a lot of work to do? You bet we have.”