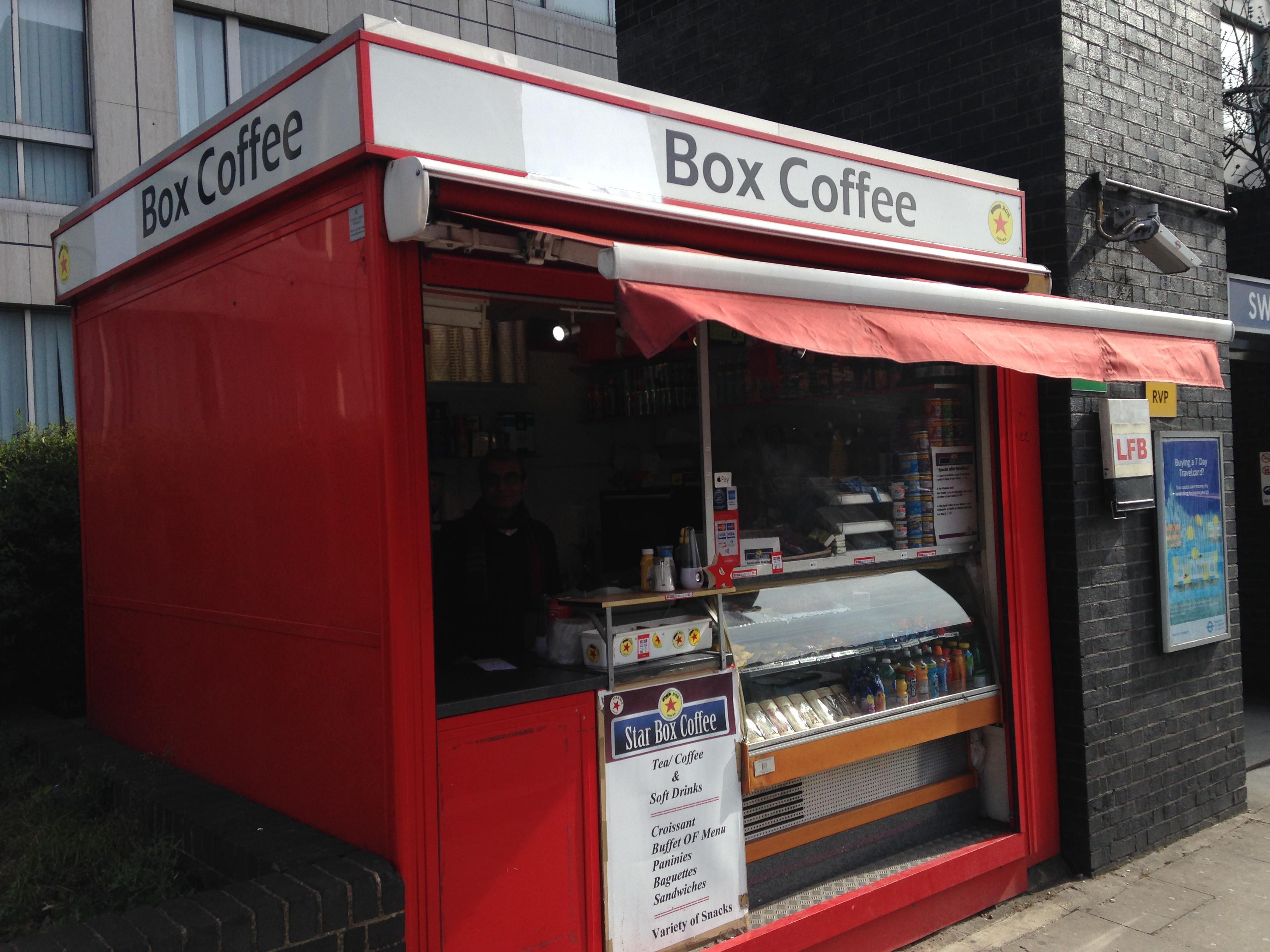 The Star Box Coffee stand has been re-named Box Coffee

ONE of the biggest corporations in the world has ordered a tiny takeaway coffee kiosk to change its name – claiming it could “weaken” its global brand.

Starbucks has sent a legal letter to Star Box Coffee owner Nasser Kamali warning that its trading name is “technically an infringement of trademark rights”, even though he has run the stand for five years without complaint.

Mr Kamali has now removed the word “star” from his menus, posters and stickers and changed his main sign at the kiosk close to Swiss Cottage underground station. But the 52-year-old political refugee from Iran has refused on principle to accept a £300 “goodwill payment” from Starbucks.

“I may be small, but inside I am big,” said Mr Kamali. “I’m not taking their money and I’m not scared of them. But I could not beat Starbucks in court. Be realistic. They have all the lawyers – and the government – so I just made the changes.”

The legal letter from lawyers acting for Starbucks Corporation was hand-delivered to the hut last month. It said that as the world’s biggest coffee company it was “critical” Starbucks protected its name and clamped down on “unauthorised use to avoid the strength of its brand being weakened”. 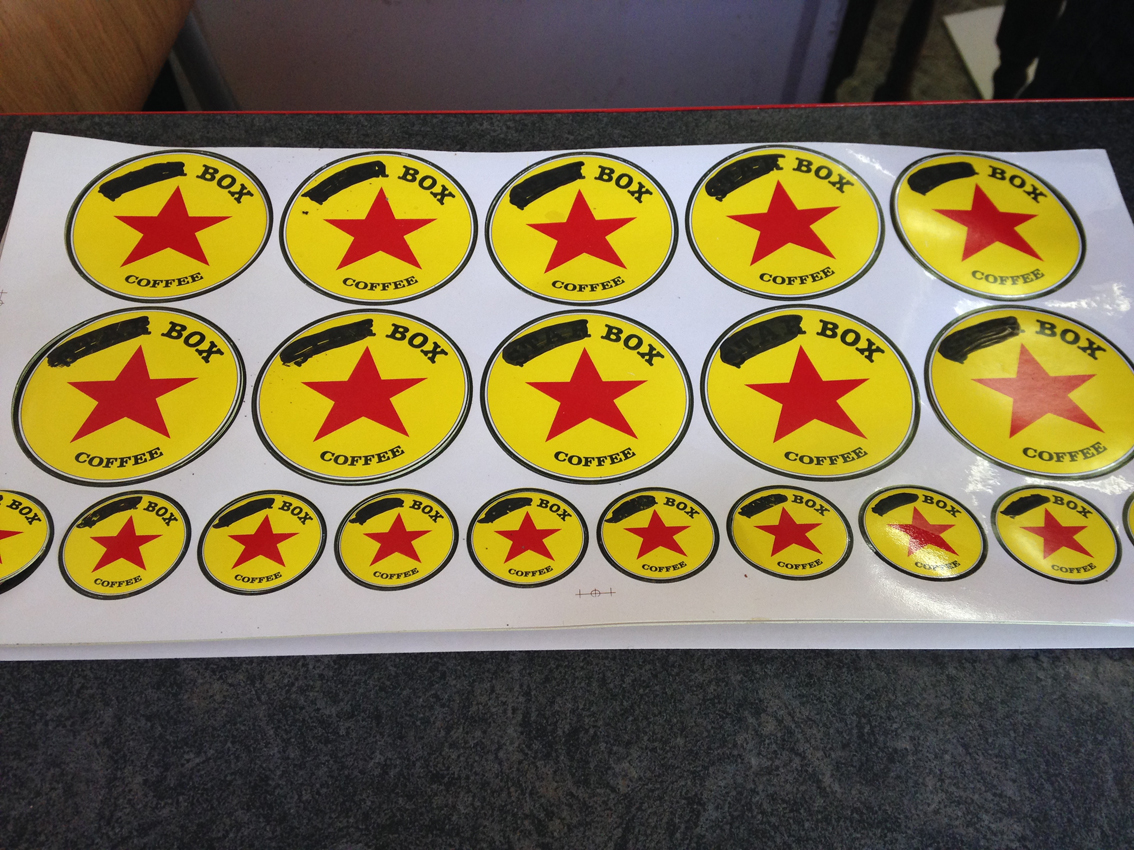 It added: “Starbucks requests that you adopt a different trading name (not commencing STAR) and change the signage used at your premises, along with the stickers currently applied to coffee cups.” The legal letter, from solicitors Burges Salmon, boasted that Starbucks is the “leading retailer, roaster and brand of speciality coffee in the world, with almost 25,000 retail locations”. It is not the first time the company has cracked down on companies with similar names.

In New York, a coffee company, Charbucks, successfully challenged Starbucks in court in a similar row, according to reports. Mr Kamali fled Iran in the early 1990s after being imprisoned for two years for his political beliefs.

He said he ran a shop in Fortune Green before his trade was “smashed” by the opening of a new Tesco. He then started running the new business in Swiss Cottage. Mr Kamali said: “I also do believe that money means nothing in this world. I don’t buy from these big companies like Starbucks and Tesco. With this letter, you see the power of capitalism.” 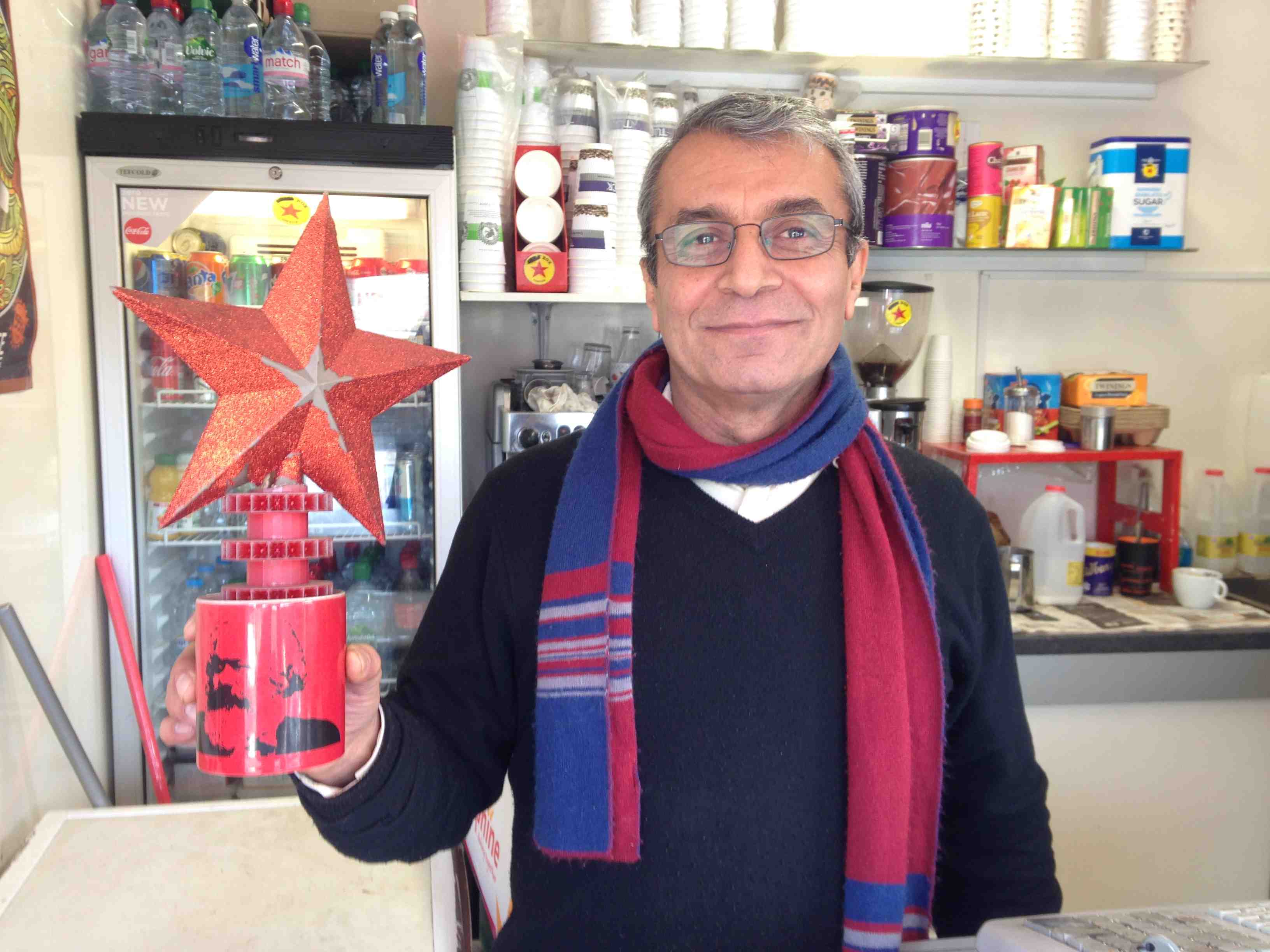 Nasser Kamali with his Karl Marx star, which he says the kiosk was named after

He added: “I always pay my rates and rents. It is very difficult. Do they?”

Mr Kamali keeps a Karl Marx mug and red star on the shelf of his hut. Explaining the name choice, he said: “I do believe in Marxism and that is very important to me. That is why I had the red star logo on my stickers. I am in a box. It’s my red, star box.”

He has visited 32 countries around the world on his own socialist pilgrimage to find out more about alternatives to capitalism. “I visited east European cities and they say they had free education, always work and a house. A lot of good things,” he added. A big supporter of Jeremy Corbyn, he could not bring himself to join Labour, however, as it was “not a revolutionary party”.

A Starbucks spokesman said: “Trademark law is there to protect brand identity. In this instance it was too close to our brand and could lead to such confusion.”