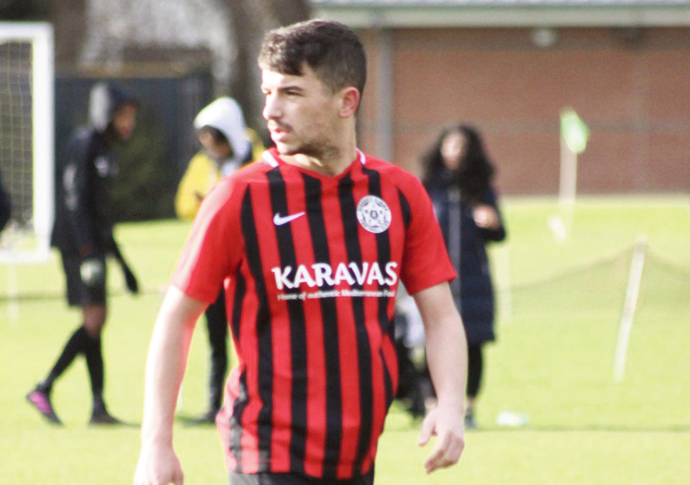 HOTSHOT Alfie Francis fired home four goals on Sunday as Highgate Albion Reserves sailed into the semi-finals of the Barnet Intermediate Cup with a stonking 6-1 win over The Wrongens.

Highgate didn’t let a little thing like playing a team a division above them get in the way of going goal-crazy at Enfield Grammar School as they put in what stand-in gaffer Daniel Glaude described as “a stunning performance”.

Glaude, who took charge of the team in the absence of manager John Eager, said: “The boys played great football today. Their attitude was tremendous all round.

“We just need to carry this form on into the big match on Sunday when we travel to title rivals Borehamwood Rovers in the league.”

Sunday’s Division Two showdown at Hertsmere Academy couldn’t be more tantalising. Borehamwood are currently seven points clear of second-place Highgate, but the boys from N6 have three games in hand. 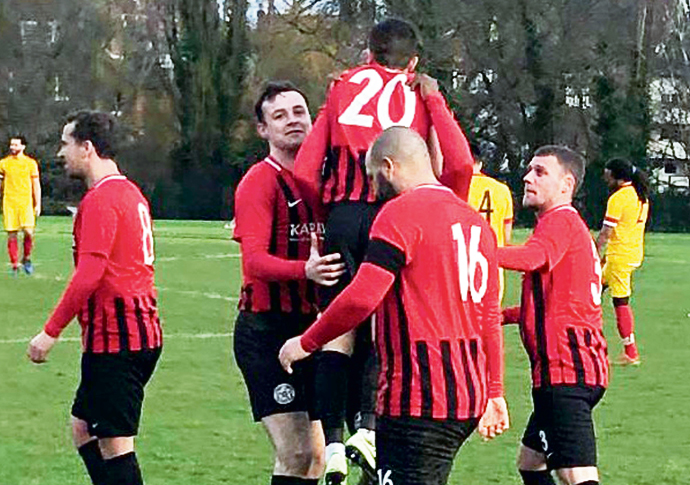 One thing for sure is they will go into the match brimming with confidence following their six-goal salvo against The Wrongens.

Four-goal Francis, who lives in Gospel Oak, has now scored 21 for the season – including seven in his last three games. Anthoney Dalton and Harry Scannell also both found the back of the net in the 6-1 cup victory, securing a tie against another Division One side, AC United, in the final four.

Eager, who missed Sunday’s win so that he could celebrate his son Teddy’s third birthday, said he will be back on the sidelines for the Rovers clash this weekend. He added: “I didn’t have my phone on all day on Sunday, so when I eventually turned it on and one of the lads called to tell me the result I was absolutely buzzing.

“I’ve been told the lads put in one hell of a performance. Credit to Daniel, there’s not many I would trust with such a big fixture like this but he’s gone there and got a fantastic result.

“I expected nothing less, he’s a real natural leader and will become an excellent manager when he’s ready to hang up his boots.”