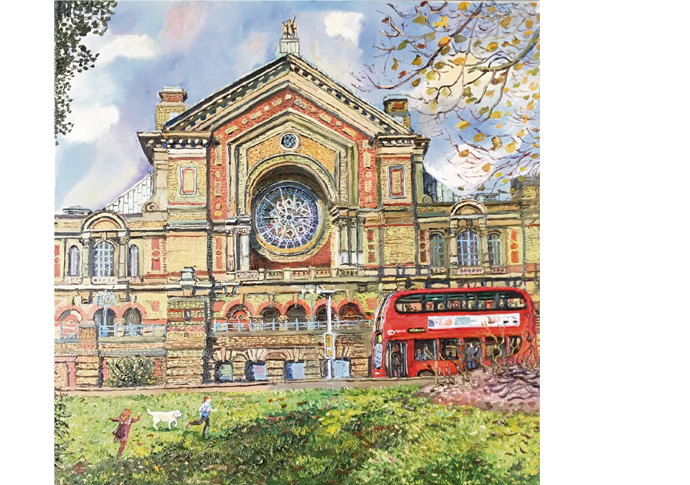 An exciting collection of art, inspired by the restoration of the Victorian theatre at Alexandra Palace, will be displayed at Mall Galleries as part of the Royal Society of British Artists Annual Exhibition, from July 4-14. The theatre’s almost mystical original interior being brought back to life has inspired members of the RBA to create works of art based on the Palace and the theatre’s restoration and its history, some of which feature in the society’s Annual Exhibition this year.

There will be a special temporary display of more of the works from this project on Monday July 8 from 2pm, along with a short film about the restoration and the artists at work, to coincide with member artists talking about how the project developed, including Mick Davies, Austin Cole and Meg Dutton alongside Alexandra Palace’s chief executive, Louise Stewart. 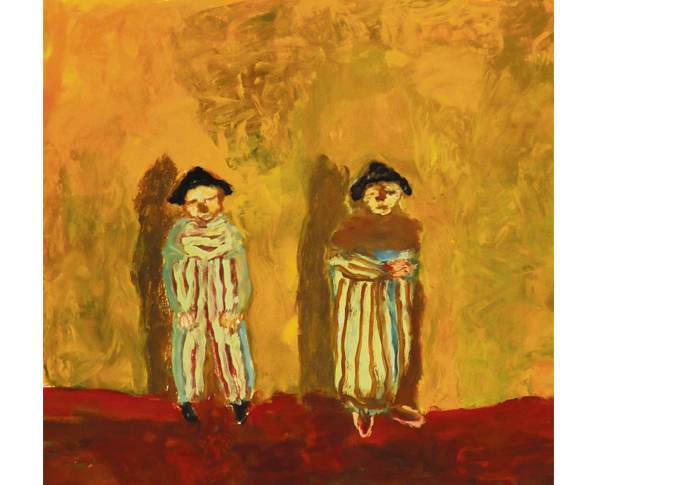 Most people know Alexandra Palace as a landmark on the hills of north London and the location for the first BBC television broadcasts in November 1936. 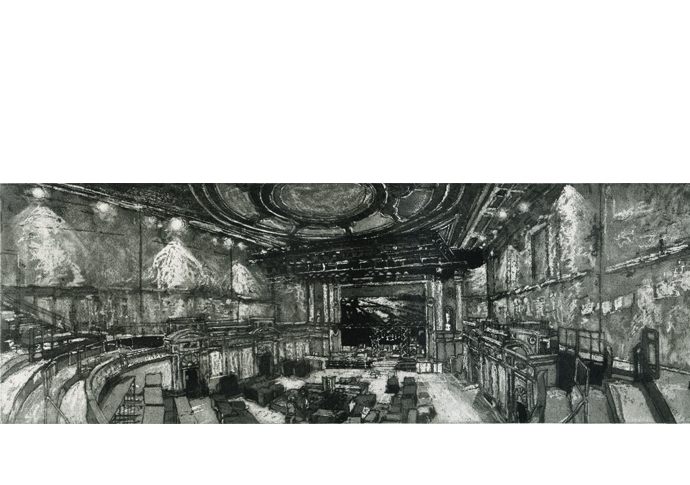 When it first opened in 1873 it was called “The People’s Palace” and attracted more than 120,000 visitors to its concert hall, art galleries, museum, lecture hall, library and large theatre. It lasted 16 days before being completely destroyed by fire. Re-built and re-opened in 1875, it suffered a second fire in 1980. 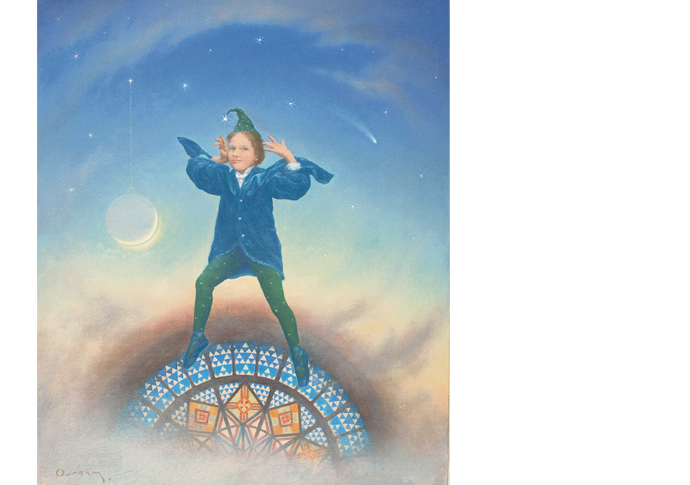 Within the 1875 Palace and untouched by the second fire was a theatre with seating for audiences of 3,000. Its stage incorporated cutting-edge technology to allow the performers to disappear, reappear and be propelled into the air, much used in the very first show, a pantomime.

But the theatre closed some 80 years ago. It was neglected and used as a scenery store by the BBC until the 1950s, before being left to fall into disrepair. The decaying, cavernous space, with many of its earliest features intact, inspired RBA artists like Austin Cole who visited it during the recent restoration. “My first impression as I walked into the theatre was, what an amazing space,” he says. “It really was quite overwhelming – the building work, the renovation, the noise, the movement. What I focused on was the drama of the light coming in from the back of the stage.”

The art inspired both by the extravagant productions, melodrama and acrobatic acts of the theatre’s early years, and by the sense of history and connection with the past can be seen in the works on display at the exhibition.