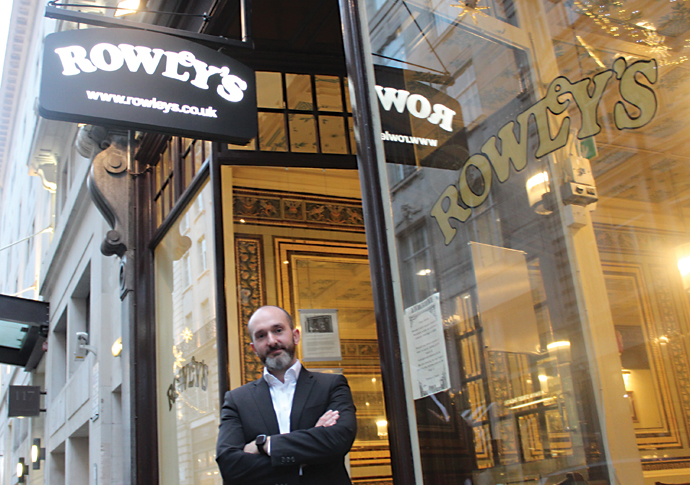 General manager Adrien Audibert outside Rowley’s in Jermyn Street, which is open Tuesday to Saturday

A MAYFAIR restaurateur has said eateries are struggling with a glut of vacancies which meant he had to return early from paternity leave after the birth of his daughter.

Adrien Audibert, general manager of Rowley’s steakhouse in Jermyn Street, said waiting staff and kitchen jobs were going unfilled as applicants weren’t turning up to interviews and the volume of candidates had fallen in the past 18 months.

The restaurant is now closed for two days a week because of a staffing crisis that is severely affecting businesses across the West End.

Mr Audibert, whose wife Justine gave birth to their daughter Louna a month ago, said: “I was supposed to take those weeks to spend time with my daughter and my assistant was covering me, but she resigned because she found a better job in corporate hospitality. 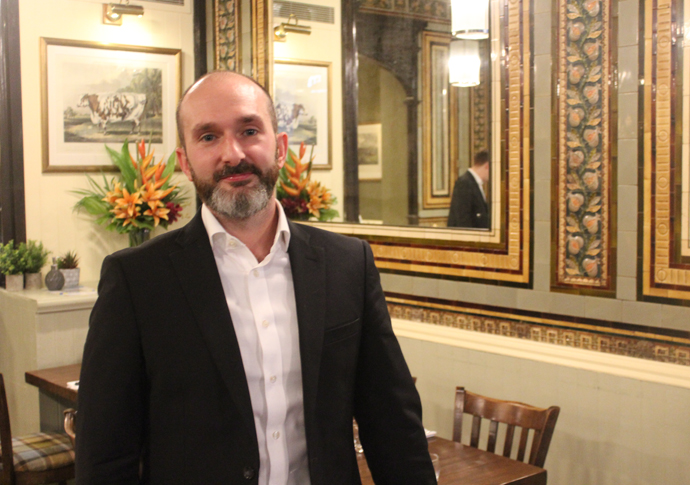 “I was very happy for her but she was part of the core team and there was nobody else to cover, so I had to come back. We’re really happy and my wife and daughter are fine, but it is frustrating because you just want to be there.”

It’s the latest blow for the historic restaurant with its opulent decor, featuring big mirrors and vivid, colourful, ceilings.

It faces sector-wide problems of rising costs of stock and a drop in diners. Tourist numbers have plummeted, removing one pillar of footfall, and office workers, who usually help pack the restaurant during lunchtimes, are still below pre-pandemic levels.

The jobs market for casual workers has been affected by a lack of European workers coming to the UK since Brexit, who have traditionally helped fill vacancies.

Mr Audibert grew up in France, having a spell working in Miami before coming to the UK.

The 31-year-old joined the restaurant in autumn last year, between the two Covid lockdowns.

He said: “We’re trying different things. We’ve put wages up from £9.80 to £12 [for waiting staff] but it’s not enough. About 80 per cent of people aren’t turning up for interviews and when we call them up, those that answer say they’ve already got jobs. Some can’t be bothered coming and getting a job either. 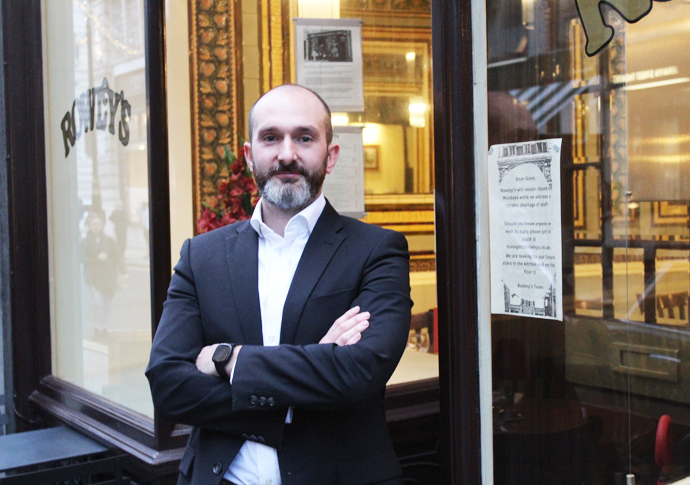 “We need two full-time staff to come in and we’re struggling to get one, the following week I’m not sure what I’m going to do.

“Brexit has made it really complicated to get staff from the EU. You have to have a certain wage to justify the visa for staff, and there are other T&Cs [terms and conditions] as well.”

Rowley’s is now mid-way through its fifth decade, and is on the site where Wall’s butchers, known for their supermarket sausages, was founded. Richard Wall started it in 1786, with his grandsons Thomas and Frederick taking on the business when it moved in 1834. It later was given royal appointments.

Mr Audibert said while some people were beginning to return to nearby offices from working from home, the difference was still noticeable.

“It’s been devastating. There’s 50 per cent less lunchtime bookings than some days before. Because things are getting back to normal and some weeks are up and down it’s hard to plan as well. Thursday is the new Friday, and Tuesday is the new Monday. But on some weeks it can be really busy then the same day the next week there’s nobody.

“A lot of places have closed, but I don’t think the West End will change, it’s the new normal. Perhaps we’ll have to stay closed on Mondays, but we just don’t know.”