Three goals in final 16 minutes see Tottenham bounce back to win 3-1, setting up home tie against Brighton & Hove Albion in the next round 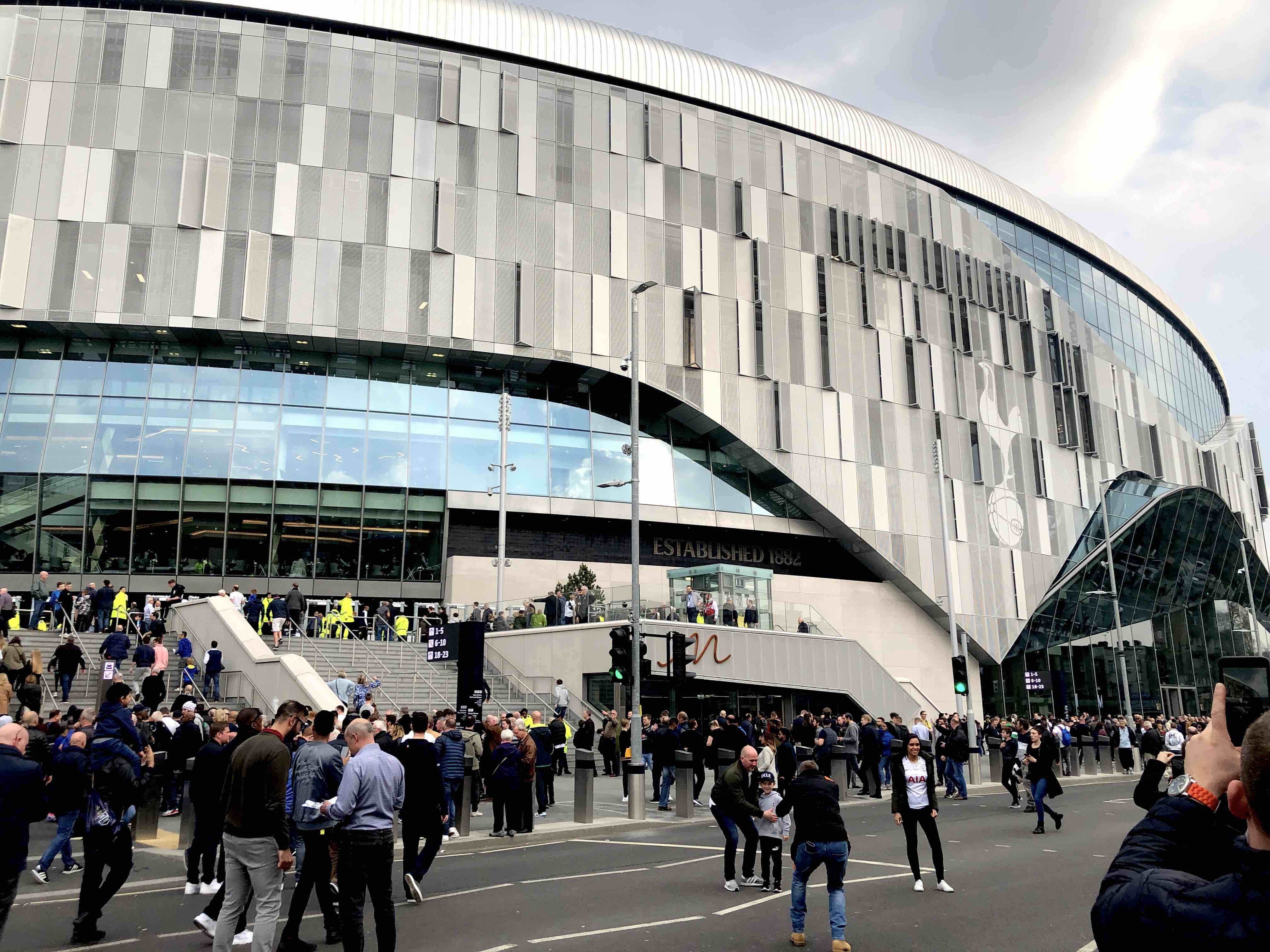 TOTTENHAM escaped having faces the colour of Morecambe’s bright red shirts after coming back from behind to seal a place in the fourth round of the FA Cup this afternoon (Sunday).

League One Morecambe gave a hotch-potch team of Spurs’ bench warmers a torrid reminder that without application, talent means nothing.

Defending resolutely and taking a rare chance, the Lancastrian Shrimpers enjoyed a deserved first half lead at the Tottenham Hotspur Stadium, and were only finished off in the last five minutes after a fortunate Harry Winks free-kick sailed in to bring the scores level.

Substitutes Lucas Moura and Harry Kane added two late goals to seal a 3-1 victory, and set-up a home tie against Brighton & Hove Albion in the fourth round next month.

Tottenham boss Antonio Conte said: “At the end it was ok, but we cannot be happy. For a big part of the game, we struggled. When we conceded a goal from a set-piece, the opponents feel they can beat you. We struggled to create. We had some chances, but not much.”

Conte said that despite being “disappointed” the job was done. He added: “We gave chances to players who did not play so much in the last period, and gave a rest to those who have played a lot. At the end we reached our target, but we must not be happy, for sure.”

Having already seen weakened line-ups embarrassed in Europe this season, what unfolded today was all too recognisable.

While Tottenham’s second stringers are no doubt talented as individuals, ask them to play together in the same formation as a team and it goes pear shaped. It is far too much of a case of square pegs in round holes.

Dele Alli, who perhaps saw a chink of light in regards to his future after a great performance against Liverpool in the Premier League, was asked to play as a centre forward. It could be argued that against a side two divisions down, he would be able to adapt to the role – but he had little joy against a well-drilled and adrenaline fuelled defence.

Giovani Lo Celso and Tanguy Ndombele could be expected to take a game like this by the scruff of the neck, but for long periods their touches and feints did not amount to danger.

Ndombele capitalised on a defensive slip when the clock read just 38 seconds and got close enough to shoot for goal. His effort was blocked by the recovering Anthony O’Connor.

After 10 minutes of chasing shadows, Morecambe realised Spurs might have had plenty of the ball, but they little idea how to make headway into the final third. The visitors grew in confidence, roared on by two terraces of fans who helped the players keep up a tempo.

Then came the moment the away fans will remember for some time. A lofted ball forward saw Joe Rodon and Pierluigi Gollini dither, and with Morecambe’s forwards chasing down, Rodon conceded the corner.

A whipped ball in wasn’t dealt with and Shrimpers captain O’Connor reacted quickest to smack home past the stagnant Gollini.

Spurs kept hitting brick walls until the clock told Conte it was time to send in the artillery. On 67 minutes, the subs came on and the simmering disappointment felt by so many with Ndombele was made clear.

Swapped for Oliver Skipp, Ndombele started a slow trudge across the pitch, making the fans increasingly irate. Unseemly boos followed his progress and he went straight to the dressing room.

With Kane, Moura and Skipp against tiring lower league legs, the possession enjoyed began to translate into chances. Winks brought the scores level when his misplaced cross flew in, and then, with five remaining, Moura nicked the ball off Ryan McLaughlin’s toes and raced alone from the half way line to finish neatly.

It was a disappointing way for the brave Shrimpers to go behind, and as their spirit drained, Kane completed the job on 87.