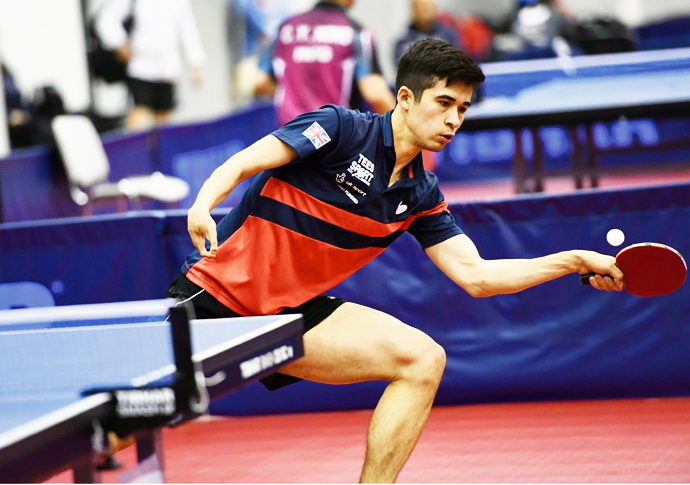 Kim Daybell, who works at the Whittington Hospital, returned to training in October

A DOCTOR who put his preparations for the Tokyo Paralympic Games on hold to help in the fight against Covid-19 says he has “learned a lot” about himself following “a very difficult year”.

British Para table tennis star Kim Daybell, who works at the Whittington Hospital, was due to start full-time training back in March ahead of what would have been his third appearance at the Paralympic Games.

Instead, however, the international sports showpiece was pushed back a year to this August, and Daybell returned to work full-time as a senior house doctor at the hospital in Magdala Avenue to look after patients suffering from the coronavirus.

Just before Christmas the 28-year-old two-time Paralympian was recognised for stepping away from table tennis to serve on the frontline of the NHS in the pandemic. 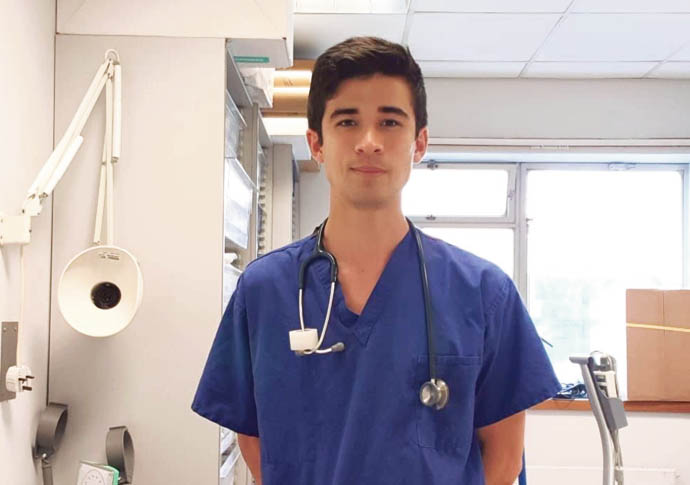 He was named as one of three winners of the prestigious National Lottery Spirit of Sport award at the 71st SJA British Sports Awards 2020, which took the form of a virtual award ceremony.

“This has obviously been a very difficult year,” said Daybell, who was one of three athletes to receive the award after putting their sporting ambitions on pause to work for the NHS, alongside rower Polly Swann and curler Vicky Wright.

“Everyone has been struggling and there hasn’t been a huge amount to celebrate, so it is really nice to have the work that we have done recognised.

“Not that we need recognition, but just to have it recognised by people outside of the medical community as well, and to have sport rallying round frontline workers, is a really nice thing and I’m very proud to have won the award.”

Daybell could never have imagined the situation he found himself in while he was training to become a doctor and can look back on the past nine months with a great deal of pride. 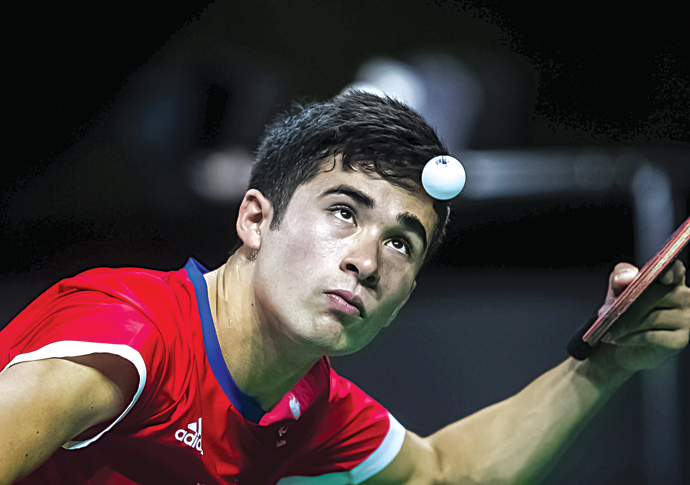 “I think I have learned a lot as a doctor, as an athlete and as a person,” he added.

“It has been a very up and down year and very difficult in lots of ways, but I’ve learned how resilient I can be.

“Finding out that we were going to be in lockdown and starting work on the Covid wards was a big moment for me and for a lot of doctors and nurses. It was scary and tough but I was just pleased with the way we managed to deal with it and I’m personally proud of the way that I came through that.”

The world of sport, especially at a grassroots level, was put on hiatus again this week with the announcement of yet another lockdown.

Athletes preparing for Tokyo, though, will still have to find a way to sharpen their skills in time for the summer.

Daybell, who is originally from Sheffield, returned to training in October, and admits that absence really has made the heart grow fonder.

He said: “Not being able to play table tennis has been really hard, and just being a part of our squad and competing in the Paralympic Games, and having that taken away last year, has made me appreciate how much it does mean to me.

“I was surprised how saddened people were by the cancellation of the Olympic and Paralympic Games – with everything else going on in the world they were thinking about that, which was really good. People not being able to go out and do their sport and daily exercise has been hard, and hit home how important sport is and how much it means to everyone.”

Remaining cautiously upbeat about this coming year, Daybell continued: “As far as 2021 is concerned I’m feeling more optimistic, particularly with the vaccine coming through. There is still a battle to fight but we are getting there and I’m feeling positive about the future.”