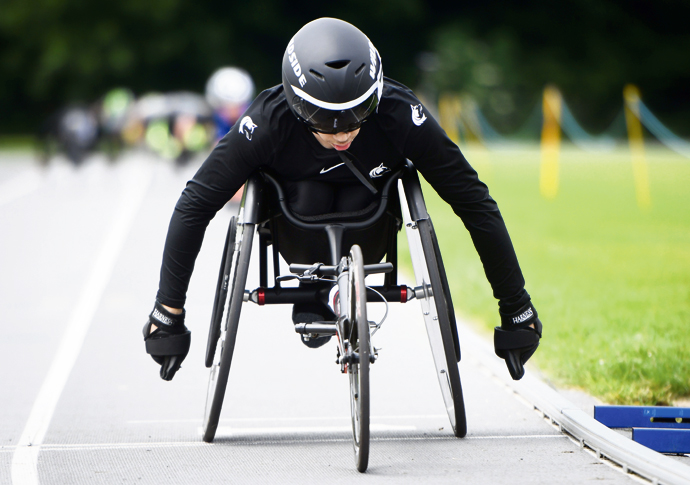 Illias Zghoundi has been flying on the track this year – among his top achievements was the England Athletics Under-15s Championships last month, where he won gold in the 100m, 400m and 800m

WHEELCHAIR racer Illias Zghoundi will have a need for speed this weekend when he takes on the best junior para athletes in the UK.

The teenager, who lives in West Hampstead, is currently taking part in the four-day School Games National Finals at Loughborough University in Leicestershire, the highlight of which will see the Maria Fidelis School pupil represent England in a special 100m race on Saturday against the best young racers the British Isles have to offer.

“If I win I get to go to the International Junior Championships, which will be held next year,” revealed Illias, who turns 15 later this month. “I don’t really feel the pressure, I’m always quite relaxed on race days.

“There’s only point-one-of-a-second between me and my closest rival, Matthew Gardner, so it’s going to be close. I’m feeling confident.”

Since birth Illias has been paralysed from the waist down. But he’s never let that get in the way of his love of sport.

He plays for London Titans Wheelchair Basketball Club – the largest and most successful wheelchair basketball outfit in the south of England. 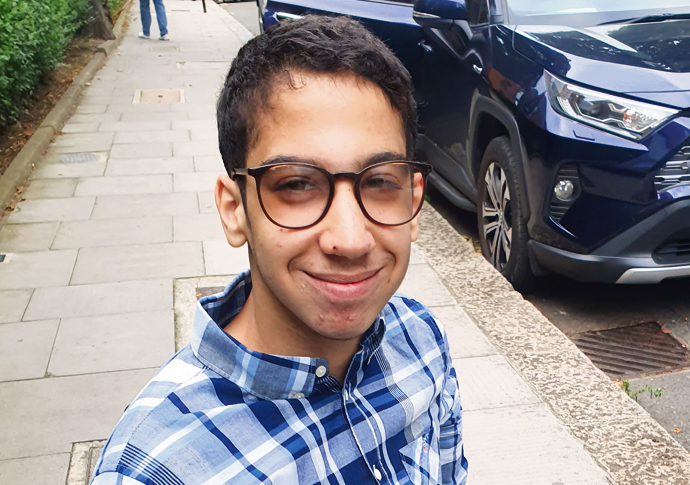 In 2016 Illias also discovered a new passion while watching the Rio Paralympics on TV.

“I watched the wheelchair racing and they were just so rapid. I remember thinking to myself, I want to be like them. I got it into my mind that I wanted to be fast.”

Illias competes in the T54 category, for athletes with paraplegia but who have normal hand and arm function, and normal or limited trunk function.

His progress on the track has indeed been rapid. He trains at the Weir Archer Academy in Kingston, which is run by six-time Paralympic champion David Weir and his long-term coach Jenny Archer. The pair have been instrumental in Illias’s progression within the sport.

“David is my hero, he’s one of the main reasons I got into the sport in the first place.

“He’s won six gold medals at the Paralympic Games, and won the London Marathon eight times – he is one of the most successful athletes of all time.

“David saw me at one of the races we were both competing at, and it was from there that both he and Jenny fuelled my transition into the senior squad. They’ve both been brilliant.”

“I like a bit of a sprint, but I also like a bit of distance racing, so the 400m is a good middle ground,” Illias explained.
“The 100m doesn’t give me enough time to reach my top speed.

“I’m still developing physically, so I don’t have the strength yet to reach my full potential over the distance. But I’m working on it.”