Sol’s making no apologies for his move to Macc

OPINION: Sol Campbell became an instant Arsenal icon after his controversial switch from Spurs – he has since flirted with politics and has now taken his ‘great mind’ to the lower leagues 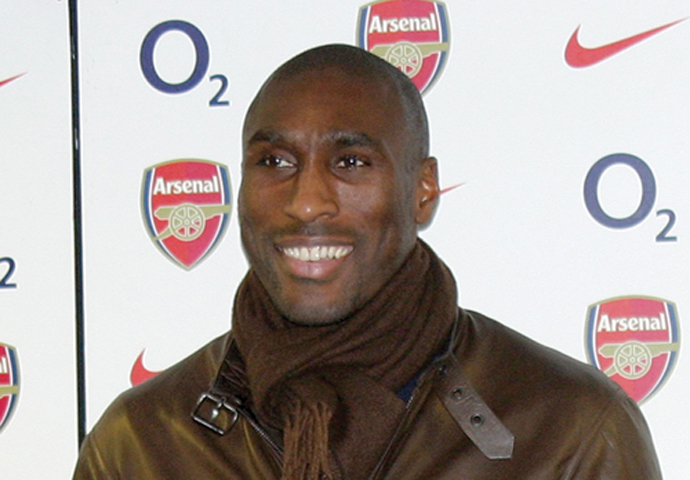 WHEN Sol Campbell publicly told the world that Arsenal were better than Spurs by marching across the way to join the Gunners, he instantly became a legendary figure.

He was rewarded for this daring switch by winning the double at the more successful of the north London teams.

Campbell was a good player: strong, athletic and, up to a point, reliable. He knew when to bash the ball as far away from the Arsenal goal as possible, a skill which has been strangely missing in some of the other defenders who have passed through the club more recently.

And yet there is something a little uncomfortable about the Campbell. It’s hard to put your finger on it, but I’ll tell you a story…

One day we were covering a visit by Arsenal players to children who were stuck in the Whittington Hospital for Christmas. The kids loved their toys, the staff were flustered with excitement. One nurse asked Phillipe Senderos, who was sat next to Campbell, whether he was David Beckham. They both had shaved heads at the time.

Senderos’s famous worry lines, more commonly caused by Didier Drogba, creased in his forehead and he began to profusely apologise… for not being David Beckham. The nurse took an autograph anyway, and seemed happy enough.

After she had moved on, Campbell turned to his colleague, glared at him and said in a steely voice: “Never apologise for who you are.”
Senderos looked a little terrified. Campbell’s folk wisdom may have been well-intentioned, but at least Senderos’s self-doubt prevented him from ever thinking: You know what? I could be Mayor of London.

Now perhaps the three politicians who have held the job of mayoring our city have made people – anybody – think they could easily do the job, but Campbell, when interviewed, seemed like one of the worst possible choices. As the would-be head of Transport for London, he was asked about the tube. How would he make life easier for passengers?

“Maybe lengthening some of the platforms to get more carriages in, things like that. It just needs more investment put into it,” he said.

Get the diggers and drills out, lads, Sol’s had a great idea. After his career as a Tory politician was seemingly put on hold – the best bit, by the way, was when the Conservative election candidate in Tottenham triggered many lols by thinking it would be a good idea to pose with that area’s best-loved former England international – Campbell moved back to sport where he has described himself as “one of the greatest minds in football”.

That’s the kind of thing an Apprentice candidate says in their bolshy intro, before taking a job with… Macclesfield.