So much for transparency on the debt 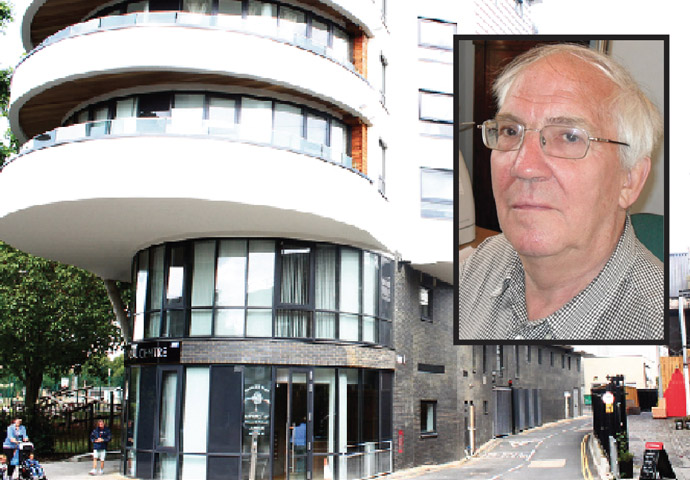 The development on land next to Talacre park. Inset, Nick Harding

THE email from the senior Camden officer, Martin Olomofe, you reported upon (Blunder robs Town Hall of millions, June 3), contained assertions which I was convinced were at best a massaging of the facts.

So I checked with the correspondence in my files which goes back to before 2009 when the two most important members of the legal department were in post.

It doesn’t all speak ill of Camden, in 2010 the assistant director of regeneration and planning had the grace to apologise to me for their continual failure to provide accurate information on the Talacre development and even offered me financial compensation.

I and others had been fed inaccurate information about the contractual situation during a time when planning decisions were being made. It was clearly either deliberate or incompetence.

So far Camden have not been willing to show us what leads to the conclusion that this overage cannot be sued for and collected.

What we know and is confirmed by Camden is that there was a contractual obligation to pay overage in the contracts dated 19.4.05 and 6.7.07 signed between Camden and the buyer of the land.

We know the private flats were sold in 2013 for amounts that causes Camden to agree that overage became due to Camden.

We know that the obligation is inherited by later freeholders, wherever they are domiciled.

We know that Camden have employed (using their words in responses to freedom of information requests) “Independent external consultants” (6.9.16).

“The assessment is being carried out with the support of external legal, technical, and professional advice” (23.10.17).

“Officers – with the input of lawyers and inquiry agents – have been continuing their active efforts” (6.4.18) and “Further legal advice from external counsel” (3.2.20).

We don’t know what these professionals were asked concerning overage and neither do we know what they advised. That so far is secret.

If there is ever an enquiry, and I can pass on all the information I have, people will be astonished; not least about the section 106 agreement to which most attention was given in the early days.

It still exists whoever is involved. It is definitely enforceable and has been little mentioned recently.

Camden actually hold over £1million available to ensure its terms are fulfilled. Those terms haven’t been and aren’t being fulfilled.

The owners simply ignored these obligations and Camden accepted evidence from a subsidiary of the developer that it wasn’t necessary to do so.

Perhaps the manifest absence of co-operation from the owner on overage now will cause Camden to look seriously at the past and correct all their failures.

Another example came in 2009 when I found that the Land Registry was recording an agreement between the landowner and Camden that was not in Camden’s records.

When I asked Camden about it, the response I got was all of 15 words, “Information concerning the status of the second property contract is not held by Camden Council”.

They appeared totally unconcerned that, whether intentionally or otherwise, false information was being put out to the public.

A similar answer, this time via the then head of property, finance, told us that the legal department said: “This error will be brought to the site owner’s attention”.

Anyone wanting more can find it on https://sites.google.com/view/talacrefacts/Home.

• For more than 12 years Nick Harding has been questioning Camden Council over a block of flats built at the edge of Talacre Park in Kentish Town. He discovered they had sold the land for just £320,000 but the block itself was later sold for several millions. The retired accountant calculated that the owner or developer owed the council as much as £3million having failed to honour original agreements. The council now acknowledges there is a debt…