THERE were mixed emotions on Saturday as Islington’s Primary Schools District football team ended their season with a victory, but still missed out on a place in the semi-finals of the Lester Finch Trophy.

The Year 6 side were ruthless in front of goal as they beat Havering 3-1 at the Douglas Eyre Sports Centre in Walthamstow to finish as runners-up in their group.

But with only the group winners qualifying for the knockouts, Islington’s search for silverware came up agonisingly short.

“It was a really good game to finish the season, with two decent sides really giving their all,” said Islington manager Michael MacNeill after the final whistle. “It was a really consistent performance through all the units of the team and shows how they have steadily improved through the games they’ve played.” 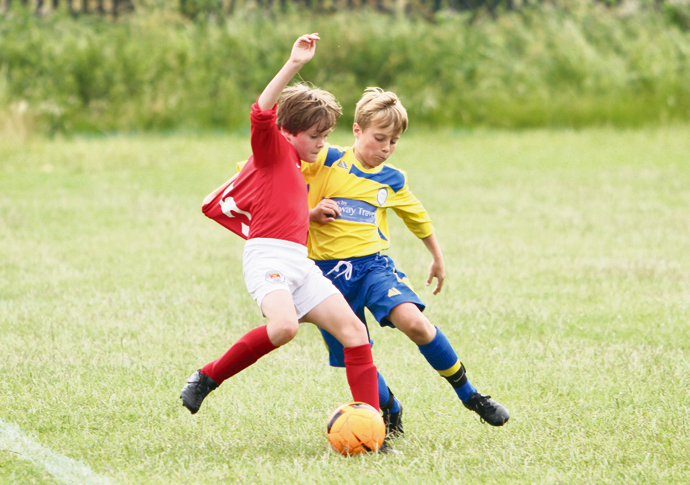 Islington took the lead against Havering just before the break courtesy of a clinical finish from captain Ellis Foster-Jones.

Despite the heroic efforts of goalkeeper Oscar Smith, Havering equalised early in the second half.

But Islington were only pegged back for a matter of minutes before a great diagonal ball from Archie Hutchins found Elijah Kwandahor, who coolly made it 2-1.

The highly competitive and entertaining game was wrapped up in Islington’s favour late on when Foster-Jones fed the ball to Brodie Clark, who found the back of the net with an excellent first-time finish into the top corner.

Meanwhile, Islington and Camden’s joint Under-14s side also celebrated a glut of goals in their friendly away to Queen’s Park Sharks on Saturday.

Tom Morgan and Josh Elishi scored two goals each as the visitors survived a late scare to win the match 4-3.

Boss Darren Wade said: “I will take the win. There are positives to take from the game but a few things to work on at training, too.”