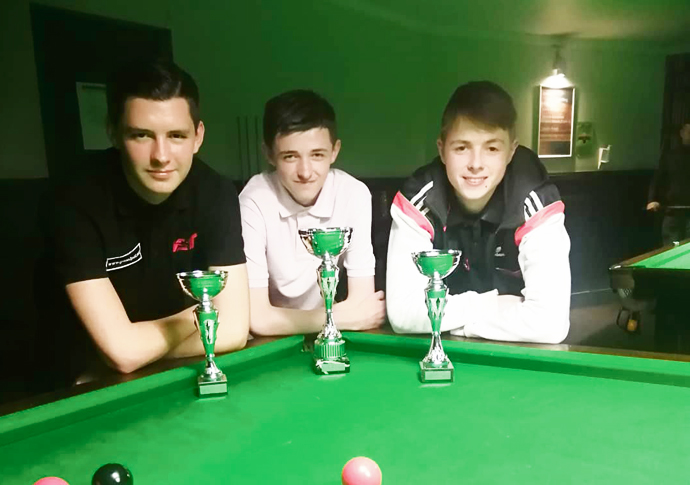 SOME of the borough’s brightest young talents on the green baize have pocketed top awards after chalking up continued success during “a testing 12 months”.

Youngsters from Gone2Pot, a children’s snooker club based in King’s Cross, were recognised for all the effort they put in at the table despite disruption caused by the pandemic and resulting lockdowns.

The biggest winner was John Donovan, from Somers Town, who was belatedly crowned the 2020 Gone2Pot champion after potting more balls than any of his teammates.

“I’m so happy that I won,” said the 15-year-old. “It was hard because there were many other people that could have won it, but in the end I got to more finals and semi-finals than anyone else – I was very consistant. I came back from lockdown very motivated and played more than I’ve ever played, and improved lots.”

Held at the Hurricane Room earlier this month, there were also Gone2Pot awards for Simon Bubb, who was ranked the second-best player of the 2020 season, and Elliott Johnson, who was third. 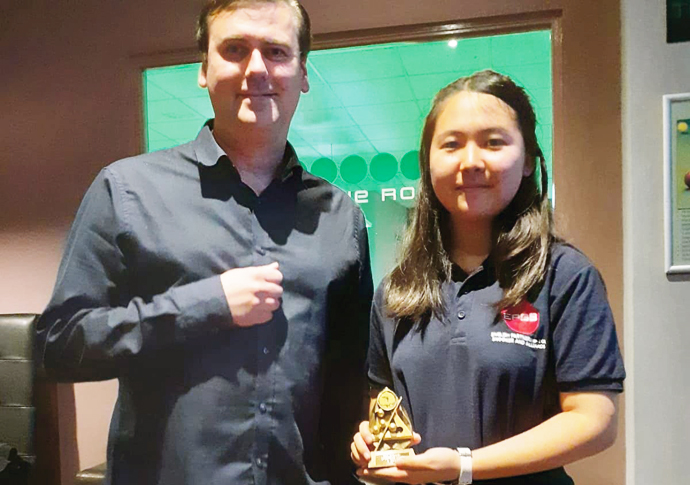 John Woods and Sharon Zhou, who was voted the most improved player at Gone2Pot in King’s Cross

Islington’s Donnie Gola was voted the most improved player, while Sharon Zhou, from Camden Town, won the Sportsmanship Award.

There was also an award for Lee Whaley, from Westminster, who finished the Gone2Pot season with the highest break, potting his way to a score of 68.

Coach and Gone2Pot founder, John Woods, said: “It’s been a testing time for all these young players. You can’t help but wonder where they would be in their development without being forced to take a 10- to 12-month break from the table. We eventually decided to finish the 2020 season, and we’re so glad that we managed to as the talent on show was exceptional.

“We will now play the 2021 season, with those awards taking place at Easter. Then hopefully the schedule will pretty much be back to normal.”

Looking at the numbers that have returned to club following the on-off restrictions, Woods added: “Remarkably we didn’t lose any players during the last 12 months, in fact we have gained a host of new players. Our more serious players all returned quickly and have been getting in as much practice and matches as they possibly can.

“But we have something for everyone, so on Saturdays those players who just want to have fun can still join in, too.”

Gone-2-Pot host snooker sessions every Saturday. Anyone keen on trying the sport can call John Woods on 07511 916 346. for more information.