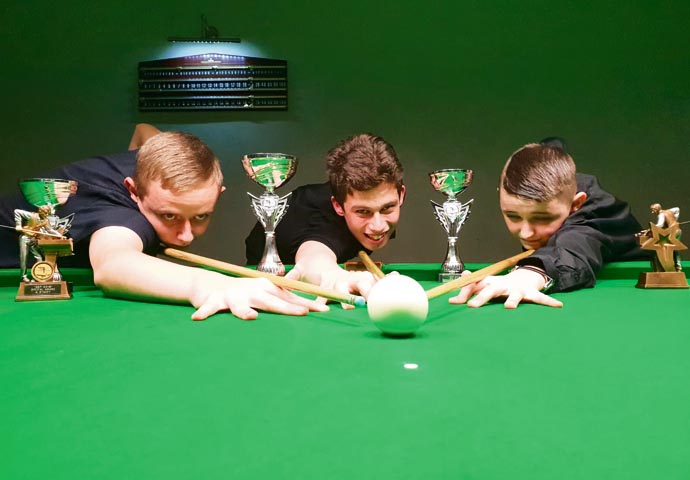 MOVE over, Mark Selby – there’s a new crop of skilful snooker stars ready to take to the table.

On Saturday pocket rockets from Camden and Islington were honoured at the Hurricane Room in King’s Cross when Gone2Pot children’s snooker club hosted a special end-of-year trophy presentation.

Among the emerging young players to receive a trophy was Lee Whaley, 16, who was voted the club’s highest-ranked player of the season. John Donovan, 12, was crowned the second-best player, while Adam Stacey took third place.

There was also a special accolade for Aristos Pampouris, who ended the campaign with the club’s highest break after scoring 64 in a competitive match. The awards were especially sweet for Aristos and Adam, who will now call time on their Gone2Pot careers having both turned 18. 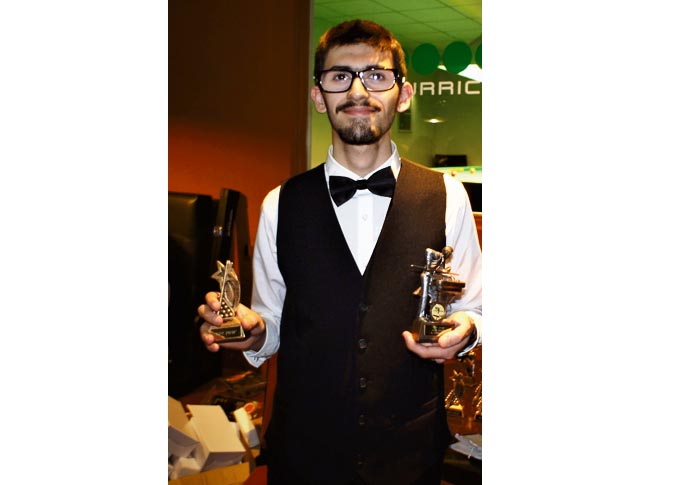 Simon Bubb, 15, collected the Most Improved Player of the Year Award, while there was also praise for David Mac, 15, who was recognised for the sportsmanship he has displayed at the table over the past 12 months.

Reflecting on his squad of savvy snooker players, coach and Gone2Pot founder John Woods revealed there was a more competitive atmosphere at the club than ever before.

“All the players have been exceptional this year, they all deserve great credit. Our top three players, Lee, John and Adam, kept pushing each other all the way. 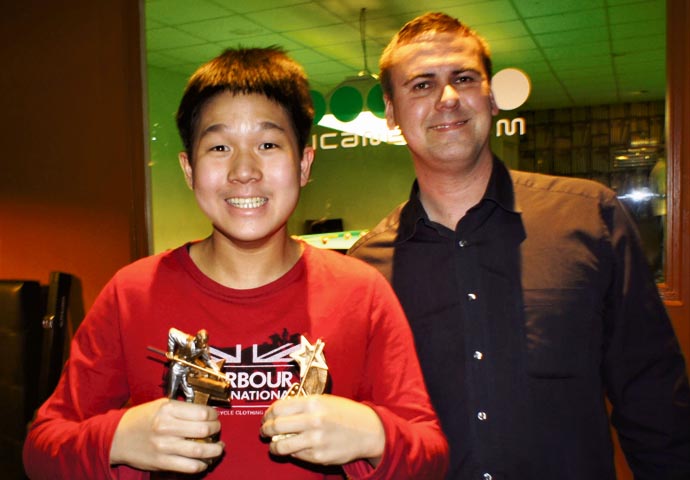 David Mac, who was praised for his sportsmanship, with coach and Gone2Pot founder John Woods

“It’s been an exciting campaign. Gone2Pot has been running for almost 10 years and I would say we’ve got our most serious squad of players yet.”

John added. “They are committed to competing in as many competitions as possible, and that drive raises the standards for everyone. There’s a real buzz of excitement around the club.”
Gone2Pot host snooker sessions every Saturday. Anyone interested in trying the sport can call John Woods on 07511 916 346 for more information.