Skinner’s shake-up starting to pay off for Spurs

Boss driving team forward after squad overhaul during the summer 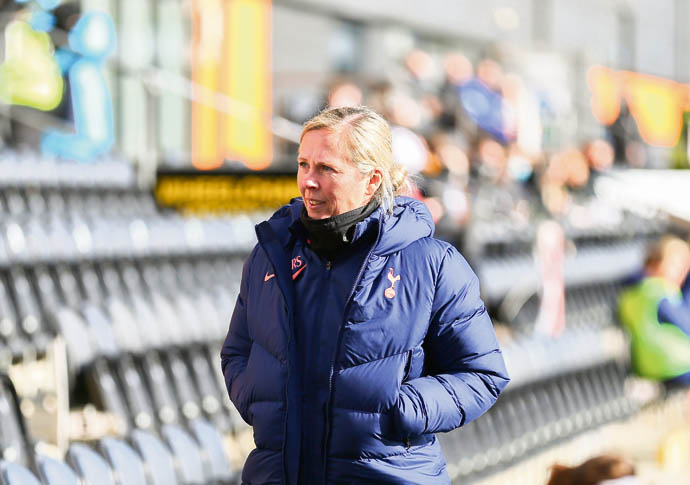 SPURS’ unbeaten run may be over, but head coach Rehanne Skinner insists this is just the start for the women’s side, thanks to the backing of the club.

Until Sunday’s 2-1 loss at Brighton, only Arsenal had matched Tottenham’s 100 per cent start in the FA Women’s Super League. Now, even after a first defeat in five league games, Skinner’s side sit a healthy third in the 12-team table.

And the 41-year-old Pro Licence holder, who left her role as Phil Neville’s assistant at England in December 2020 to take over a Spurs side languishing second from bottom in the WSL, says the club’s investment has been key.

“Conversations I had when I accepted the role here have been lived up to for sure,” she told the New Journal. “In terms of how we’ve evolved and grown the facilities, the staffing group, [and] the things we really need in place in order to have a high-performing team that can focus on being high-performing.

“That was a baptism of fire, I think, for the club, but everybody is moving at 5,000 miles an hour to make sure that absolutely everything is in place.”

Skinner steered Spurs to a seventh-place finish in May, but has really stamped her personality on the side since the summer. Ten players have moved on, with eight coming in, as well as new coaches in goalkeeping and physical performance.

The Spurs boss admits that the shake-up has prompted “sleepless nights and lots of conversations” but hopes the rewards will continue to come.

“We knew we needed to take a step up in order to be more competitive and that has come with a lot of challenges,” she said.

“It’s not easy to change the volume of players we did, but I was adamant it needed to be something we did.

“We’re starting to see a little bit more of the benefit of that and hopefully we can continue it and repay and get this club in the position it should be.” 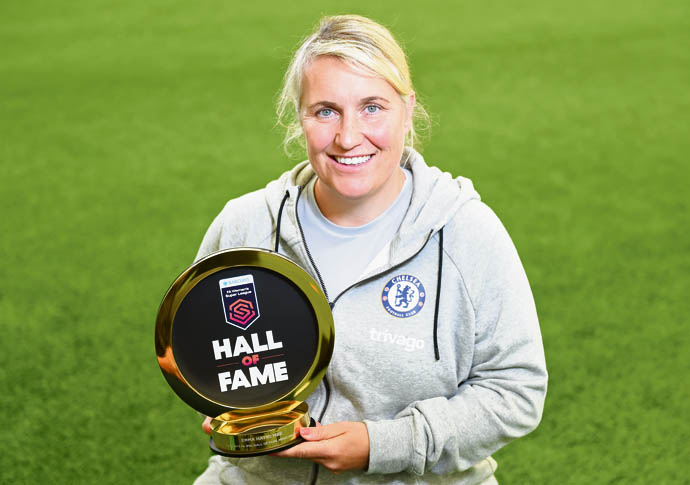 Former Parliament Hill School pupil Emma Hayes (above) has been inducted into the new FA WSL Hall of Fame – but she reckons Arsenal great Vic Akers is more deserving.

Chelsea head coach Hayes, 44, is the longest-serving manager in the WSL and has seen her team win the title a record four times. But when she spoke to the New Journal about her latest gong this week, she dedicated it to Akers, who amassed 32 major trophies in 22 seasons as Arsenal manager.

“I feel like I cheat Vic,” Hayes said. “I understand he wasn’t [managing] in the WSL, but for me, this award has to go to Vic Akers.

“You think of the players Vic’s produced, the titles he’s won, the coaches he’s produced – he should get the highest honour. He’s the greatest coach women’s football has seen in this country, end of subject.”

Ironically, Akers was on the judging panel for the Hall of Fame, but didn’t vote for Hayes – his assistant when Arsenal were crowned European champions back in 2007.

“He told me he didn’t vote for me because he didn’t think you could vote for people that are still active and working!” she added.

Table-topping Arsenal made it five wins in five in the WSL with a 3-0 win over Everton on Sunday, thanks to goals from Katie McCabe, Lotte Wubben-Moy and Frida Maanum.

Jonas Eidevall’s side are in Champions League action tonight (Thursday) when they face Hoffenheim at Meadow Park ahead of the international break.