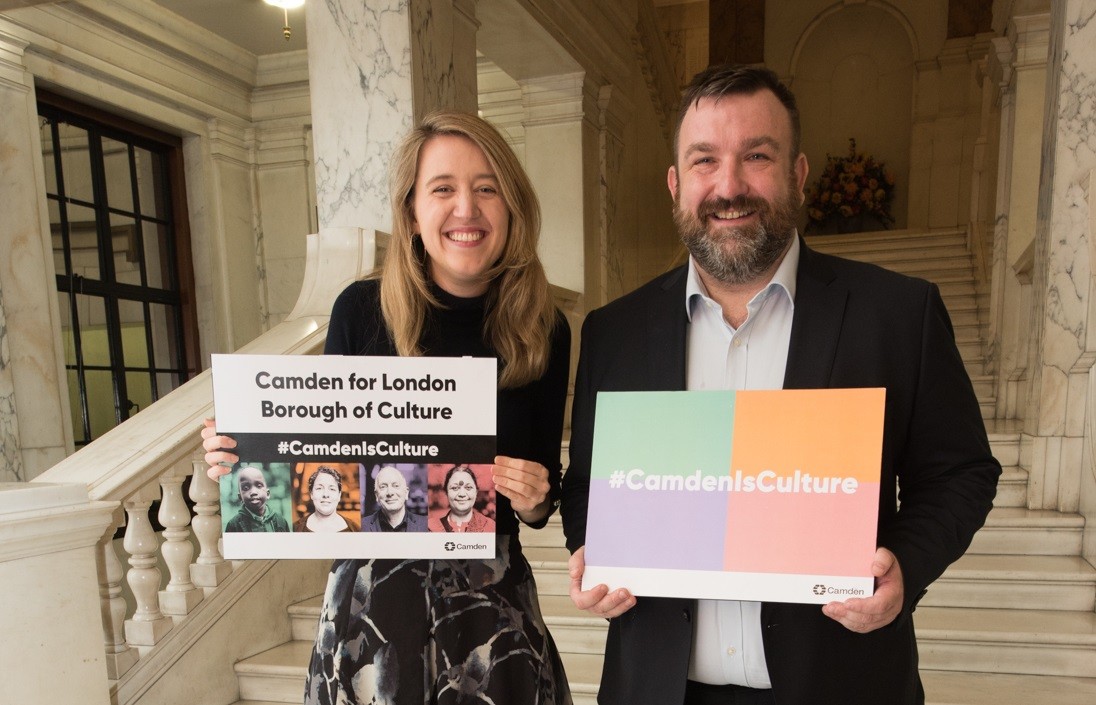 CAMDEN Council has suffered a shock snub in its bid to win the title of London Borough of Culture, with the honour going to Waltham Forest and Brent.

The result was announced by London Mayor Sadiq Khan on Tuesday morning after months of campaigning for a contest in which he set the capital’s authorities against each other in a race to secure funding. Camden, with its slick application, celebrity backing, promotional videos and world-famous cultural heritage, had been thought to be the hot favourite.

The council says it spent £13,000 on the bid, although the figure is likely to be double that when staff hours are included. Some Labour councillors have privately questioned Camden’s investment at a time of competing pressures, but the bid had the support of the majority of the ruling group.

It was backed by opposition politicians, many arts centres and volunteer groups. Brent, whose bid was endorsed by Manchester City striker Raheem Sterling, is known under Freedom of Information rules to have spent £70,000, although victory means it will collect more than £1million in funding. Camden’s consolation prize is a Culture Impact Award – given to six of the runner-up areas, which are sharing £850,000 of project funding stumped up by City Hall.

This will pay for a culture trail that comes alive on a smartphone screen, using technology known as augmented reality Waltham Forest, which will be the first London Borough of Culture before Brent takes over, responded to the victory by sending the Camden New Journal details of its bid, with its communications team saying it had seen the newspaper’s coverage, which last week explained why Camden was likely to win.

Camden’s culture chief Councillor Jonathan Simpson said: “The competition across London’s boroughs to win this contest was very strong, with all those applying having their respective cultural strengths. Congratulations to Waltham Forest Council and Brent Council.”

He added: “I want to thank every person, business and organisation who supported our bid. While it’s disappointing to have not won London Borough of Culture, I’m delighted that the augmented reality project from our bid has been granted funding by the Mayor of London and will now become a reality.” e added that working partnerships and new relationships formed during the making of the bid would prove a lasting legacy.