Shock over Pride flag complaints at estate in Primrose Hill

I got told that it was for ‘poofs and queers’ 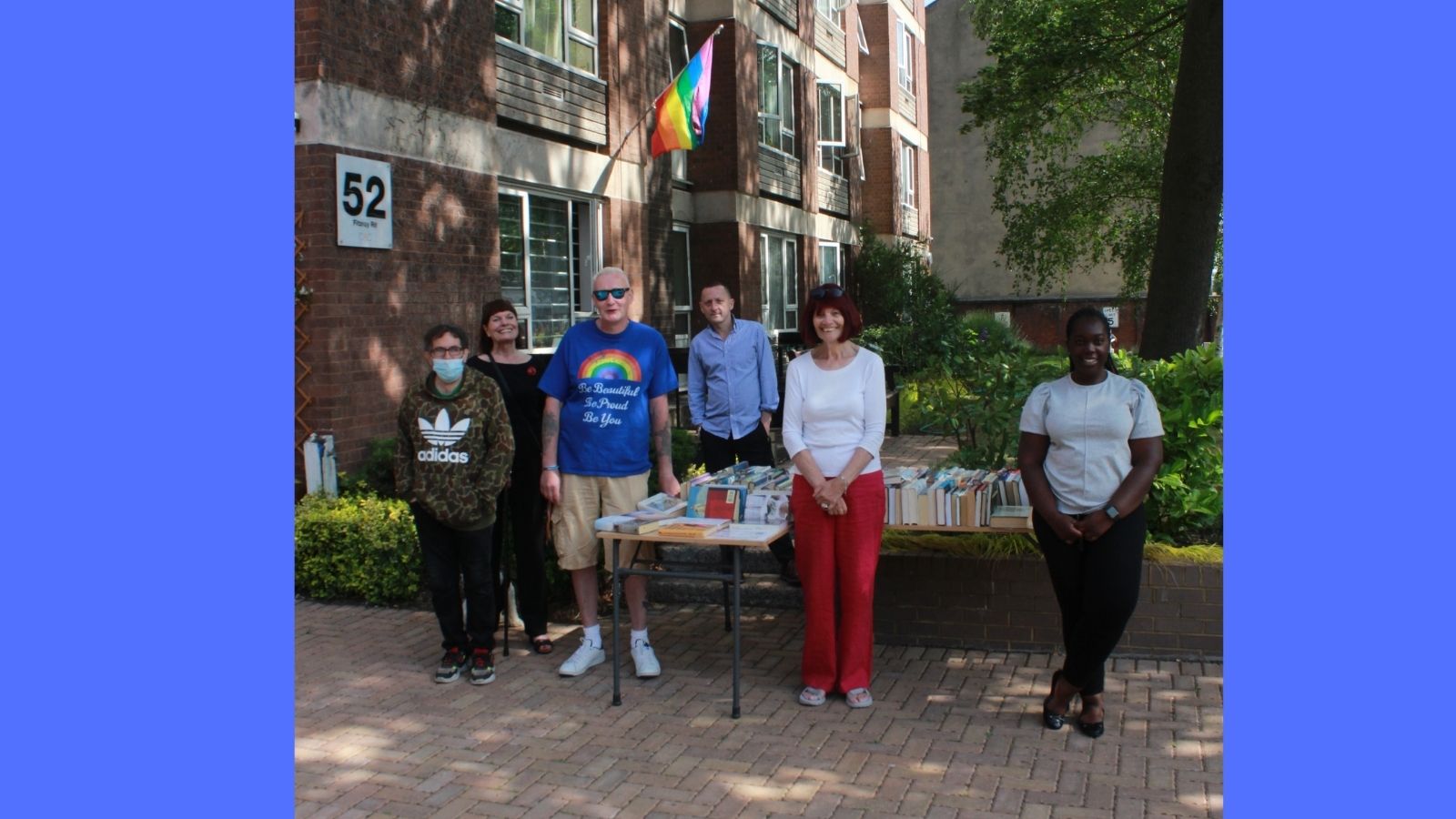 The book stall at the Oldfield Estate

RAINBOW flags put up during the Pride celebration months are here to stay after a string of complaints almost saw them taken down by housing managers.

Ashley Scott Thomas, who runs a book stall on the green outside the Oldfield estate in Primrose Hill, was dismayed after a minority of residents objected. Central and Cecil, which runs the housing block, initially said the flags had to go but following a backlash common sense has prevailed.

Mr Scott Thomas, who spoke movingly this week about the difficulties of coming out and homophobic abuse since the 1980s, said: “The caretaker helped me put them up but within five minutes the first complaint came in, then a second one – then the complaints starting rolling in thick and fast.

“The rainbow flag represents love, peace and, most important, freedom. It has been taken up by the NHS, Black Lives Matter, Green­peace and CND.

“But I got told that it was for ‘poofs and queers’. Apart from these complaints the local community has been behind the flags 101 per cent. Even school kids have been saying thanks.

“It’s just a few small-minded bigots who don’t like them.”

Mr Scott Thomas, who moved into the Oldfield block before the lockdown in March 2020, has run a book stall on the green out­side Jacqueline House.

He said: “I’m 57, I have had all the abuse over the years. I remember when the old Black Cap was open, we got followed down to the tube station without realising it.

“He started given us a load of mouth, and punched me in the face because we were gay. My dad disowned me when I came out in the early 1980s. He still didn’t want to know me because of my sexuality.

“Now a lot more young people are getting the support they need. But it still takes a hell of a lot of guts to come out still. To be honest with yourself and know you’re still the same person. Your true friends will say that doesn’t matter. And anyway it’s nice to be different – we can’t all be the same.”

He added: “We have got to learn to live and love everybody. We’re all human at the end of the day, it doesn’t matter about the colour of your skin, your race – we are all big one big family.”

Central and Cecil housing director Howard Dawson said it had been delighted to have the flag raised, adding: “Unfortunately, a small minority of residents objected and made their views known to staff, which caused some distress.

“This serves only to highlight the value in staff and residents coming together to raise awareness, educate and celebrate the things that make us different.”