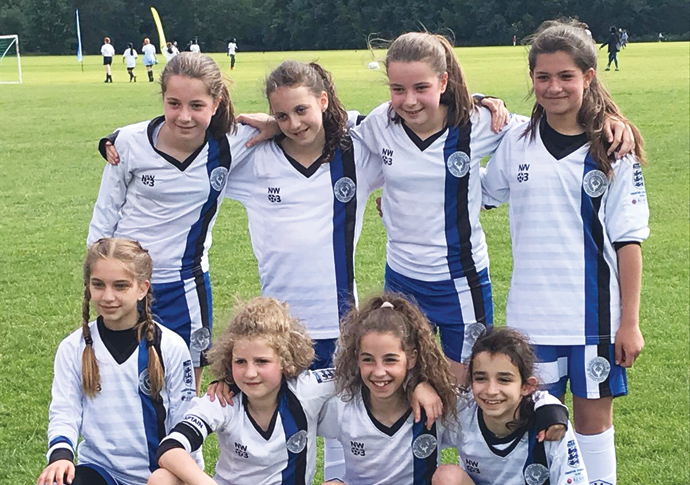 SHOT-STOPPER Camille Roche was Hampstead FC’s hero on Sunday as she saved 10 penalties to help her side win the Nike Hackney Marshes Takeover Girls tournament.

The Under-12s side won all six of their games in the seven-a-side competition without conceding a single goal in normal time. But it was far from easy, with the girls having to twice hold their nerve during sudden-death shootouts.

With Camille doing her bit at one end of the pitch, it was left to the youngest player in Hampstead’s squad, 10-year-old Lara Moons, to step up and score the decisive spotkick in a semi-final victory over Alexandra Park Youth.

The final against Dover Girls also went all the way to penalties, where Camille again made a string of fine saves before Lola Ewer slotted home the winner.

Coach Diane Culligan said: “We worked on the emphasis that tournament football is about not conceding goals, and they adopted that approach fantastically.”