‘Shameful’ theft of the bench that honoured stabbed café owner

Huseyin Gubudak 'was a gentleman - he was warm, kind and played a huge role in the neighbourhood' 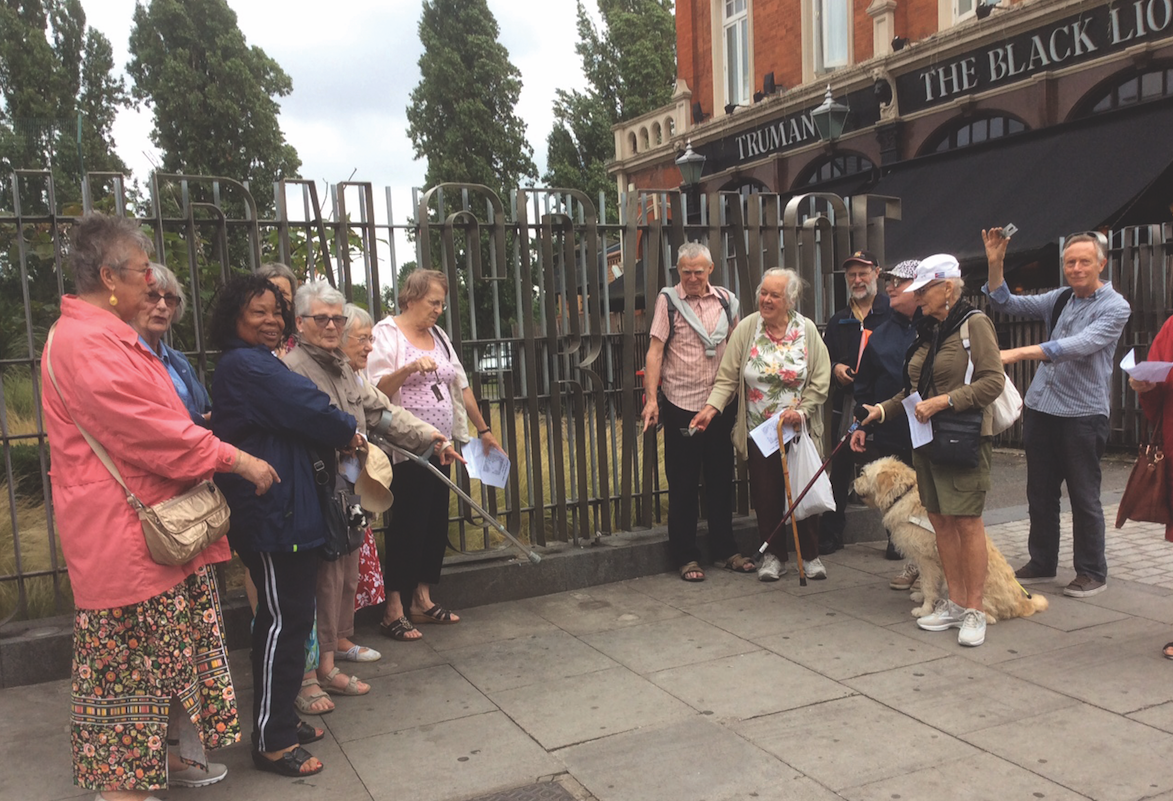 A STREET bench commemorating a popular café worker stabbed to death by his son a year ago this week is believed to have been stolen by thieves posing as workmen.

The wood-slatted seat, which had a plaque to former Efes café owner Huseyin Gulbudak fixed on it earlier this year, was bolted to the pavement next to the entrance to Grange Park in Kilburn High Road.

It was one of three community benches installed with money from Kilburn Older Voices Exchange in 2010 after its members said they wanted more places to sit down on the busy high road.

Mel Wright, chairman of KOVE, said he had heard it was nicked by two men “who looked official”.

“This shameful incident is a great loss to the community,” he said. “The bench was one of three in the area that give older people and others a chance for a rest while shopping along the long High Road. Benches are an opportunity for people to sit and chat and not feel isolated. This particular bench was special for KOVE as it had a plaque dedicated to Huseyin Gulbudak, who died last year and was a great supporter of the Kilburn community.”

Huseyin Gulbudak on the bench, left

Mr Gulbudak ran the Efes café, next to where the bench was, for more than 20 years. He invited isolated elderly people into his café on Christmas Day for a free meal.

The café owner died in St Mary’s Hospital after his son Baran, 22, attacked him in the café on August 1 last year. Baran, who had been diagnosed with paranoid schizophrenia, was sentenced to life imprisonment with a minimum term of six years and six months at the Old Bailey in May.

At the time of Mr Gulbudak’s death, Varina Richey, who worked at the Good Ship bar on the other side of the street, said: “Huseyin was a gentleman. He was warm, kind and played a huge role in the neighbourhood.”

Hampstead and Kilburn MP Tulip Siddiq described his death as a “tragic loss”, adding: “Anyone who worked or lived nearby knew Mr Gulbudak – he was a real character of Kilburn High Road. He was always ready with a smile and a cheery welcome. ”

Brian Mannion, landlord of the neighbouring Black Lion pub, said: “He was a very friendly guy, a lovely guy. We saw the changes in Kilburn High Road together. We’d grown up looking out at Kilburn High Road.”

KOVE aims to tackle loneliness and isolation. Last year, it had a bench placed in Iverson Road, next to West Hampstead Thameslink station.

The group runs seven popular “bench-to-bench walks” around Camden for the over-60s, with the “community seating” a key factor in getting elderly people out of the house.

Anyone with information about the stolen bench should contact police on 101.