For three decades the London Socialist Film Co-Op has prospered. Can you help it make a fourth?

IT has been a staple of many a Sunday morning for those with lively political antennae and who also like to catch a movie – a monthly screening followed by an informative and boisterous debate.

The London Socialist Film Co-Op has been a cultural landmark for three decades, and occupies a special place in the hearts of enlightened north London cinephiles.

In April this year, the co-op was due to show Ken Loach’s contemporary classic I, Daniel Blake, one man’s story about life under Tory austerity.

Afterwards, a panel would lead a discussion, providing an enjoyable, stimulating addition to a film-lover’s weekend.

The Covid-19 pandemic has, naturally, meant screenings are currently postponed. 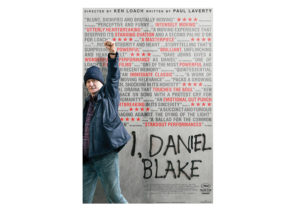 And during this hiatus, LSFC organisers hope new members will answer their call to help keep this unique institution alive.

The co-op started in its current guise in 1991, but its roots go back to an alternative film scene linked to political counter-culture.

Filmmaker Chris Reeves had been involved in the Swiss Cottage-based collective Cinema Action, which aimed to use film as a political tool during the 1960s and 1970s.

When the 1984/85 Miners’ Strike mobilised people in north London, a group met while shaking donation buckets at solidarity events and set up a book club called the St Pancras Marxist Study Group. When the strike ended, they continued to meet – and Chris got to know them.

In 1986, he was commissioned by Channel Four to make a series called The People’s Flag, which told the story of socialism in Britain.

Chris and the book club put on a screening of his work at Cinema Action’s HQ in Winchester Road – and from there the idea of a film society began.

A constitution drawn up in 1991 stated its aims were to promote socialist ideas and culture through film. 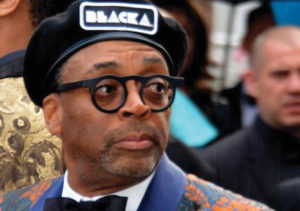 But with many current members involved since its inception, the LSFC is looking for extra hands to help organise – and fresh bums on seats.

At their annual general meeting in March, it was acknowledged this might be their last season. While the Covid-19 pandemic has postponed screenings, it has only kicked the can down the road in terms of the need for an influx of people who care about what they watch on the silver screen, and would like to be able to have an alternative to go alongside the fare produced by big studios, the blockbusters shown at multiplexes and the offerings created by the huge, studio-owned, streaming services.

Committee member and filmmaker Margaret Dickinson says the co-op recognises how film and politics have always gone hand in hand – since its early years, it has been a mass medium exploited for political gain. A key element of soft power, films offer a set of values through their characters that the audience engage with: for example, the so-called Golden Age of Hollywood sold “American” dreams of what might be, keeping minds off the Depression followed by world war.

Each decade has produced a genre that spun an ideal for its consumers to suck up. Westerns, rom-coms, war movies, action adventures, children’s fare, sci-fi, musicals, gangster flicks… Star Wars or Indiana Jones – all carry a political time stamp. Watch an Arnold Schwarzenegger or Sylvester Stallone film from the 1980s and you will be struck with a terrible hindsight how it reflected the message Ronald Reagan’s Republicans peddled. You will also recognise how they have inspired the Trump voters of today: there is a generation of middle-aged Americans who, aged 13, loved Predator. They are the NRA membership-toting militias we’ve see on TV this week, following the murder of George Floyd. 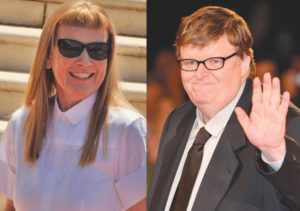 Italian Neo-Realism and French New Wave, British social realism – underlying messages reflecting a state of play abound. Recognise this, and you will recognise how skewed the output available is towards a status quo created by an industry that generally has no shame about its own largesse, say co-op regulars.

Programme co-ordinator Monique Buchli helps members decide what they would like to see and books a panel of guests to lead a discussion.

Films come from round the world – highlighting another failure of mainstream cinema, the dominance of Hollywood in Britain. They include both features and documentaries, films with high and low budgets – all aiming to enhance knowledge, foment discussion, and entertain. Speakers are diverse, with panels of filmmakers, campaigners, activists, academics, politicians, writers.

Monique told Review how the co-op decide on what they want to watch.

“Since 1991 the LSFC has been attracting a mix of cinephiles and activists to eclectic screenings,” she said. “The programmes raise political issues through a range of material from old classics and recent features to activists’ work-in-progress.”

While the success enjoyed in recent times by conscious directors such as Spike Lee, Michael Moore, Ken Loach, Mike Leigh and Andrea Arnold, producers and distributors such as Dog Woof and Dartmouth Films, they make up a small portion of what is on at your local fleapit.

Margaret adds: “There is a political edge to seeing and discussing films which are not on general release. There is a long tradition linking left politics with an interest in the moving image, with a critique of the commercial film business and practical attempts to develop more varied ways of showing and making films.”

But the co-op needs support to thrive as it move into its fourth decade – and members believe a dedicated, left-wing film club is as relevant as ever.