Secret mission! How detective grew a beard and started to wear corduroy to infiltrate activist groups 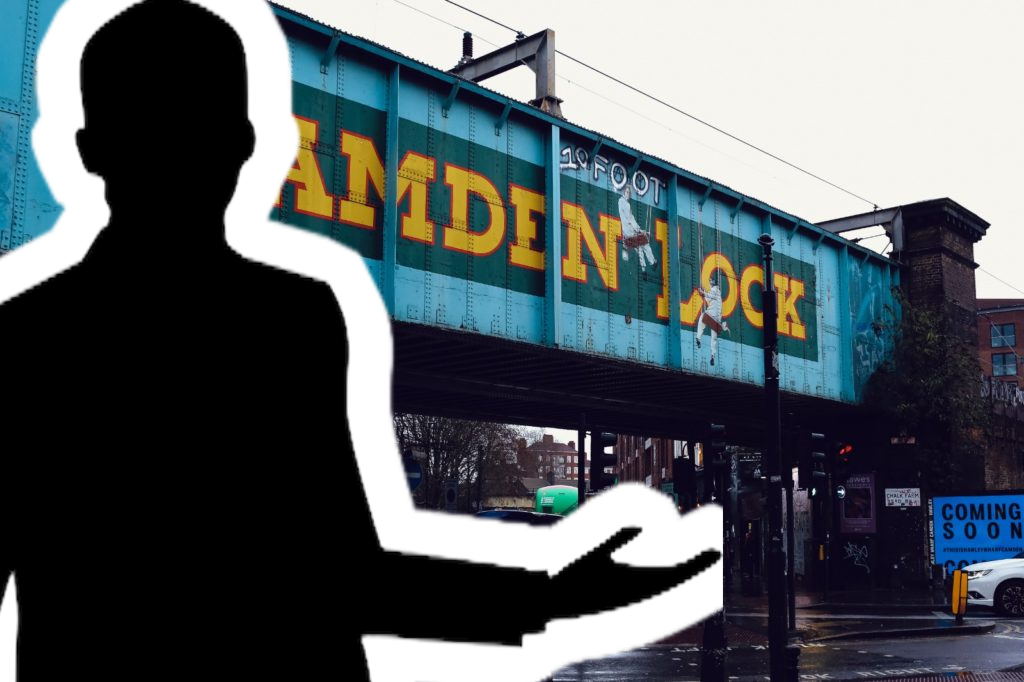 A RETIRED detective has revealed how he transformed his appearance to spy on political groups across Camden before being forced to quit following a drunken confrontation with suspicious activists who did not believe he was a “true comrade”.

Using the name Dick Epps, the former senior officer attended dozens of meetings mainly in Camden pubs in the late 1960s and early 1970s while posing as a lorry driver and living in a “cover” flat in West Hampstead.

In a witness statement to the ongoing Undercover Policing Inquiry, he told how he adopted a “new uniform” of corduroy trousers, “a jacket with a hole in the elbow” and a roll-neck sweater as an early member of the police’s ‘Special Demonstration Squad (SDS)’.

He grew a long beard and educated himself with Maoist and Marxist teachings, all the time keeping his mission secret from his wife.

The detective’s real name cannot be published for legal reasons and he is referred to as “HN336” by the inquiry, which is looking into whether undercover police teams overstepped the boundaries of investigation and follows the ‘spy cops’ scandal.

His evidence reveals key details of the early days of the SDS, a time before the most serious allegations about how officers behaved were made. SDS officers are accused of fathering children with activists and naming themselves after dead children, a tactic fictionalised by Frederick Forsyth in his novel, The Day of the Jackal.

HN336 said: “I did not engage with any sexual activity. I do not think it would have crossed anyone’s mind to do something like that. I was aghast at the revelations that there had been officers who had children with members of groups they had infiltrated.”

His statement said he had been sent to monitor “far left” groups in Camden following infamous anti-Vietnam war demonstrations at the US embassy in Grosvenor Square, Mayfair, in 1968. 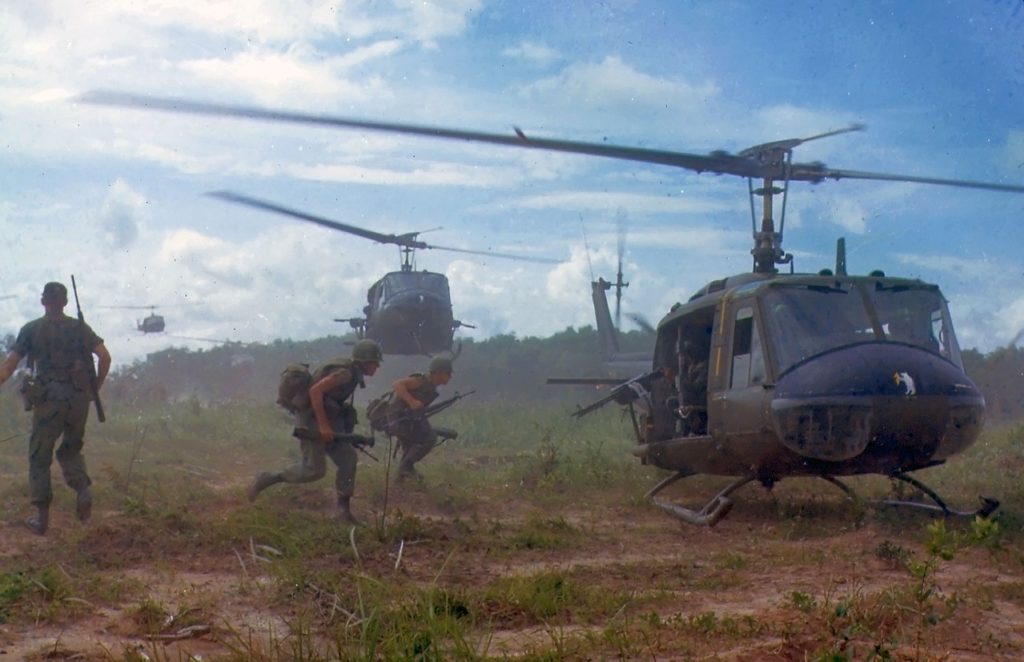 US helicopters in Vietnam, 1966 [US federal government, public domain]

His witness statement added: “Those riots had caused enormous damage to property and a huge number of police officers were injured, but the Met had no intelligence on where and when such riots might happen.

“I believe that society has a duty to protect mainstream views, and if change is to happen as those views evolve it must happen through the ballot box rather than violent revolution.”

The detective was specifically tasked to obtain information on “groups who were causing regular disruption to public life, blocking roads, occupying public buses and buildings”, often reporting on campaigner Tariq Ali, who now lives in Camden Square. He was considered “a very important flag bearer of the far left”.

The statement added: ”Nobody had realised the psychological impact it would have on police officers.”

He had never been able to discuss the deployment with his wife who “only knew I was in an odd outfit”.

HN336’s statement reveals how he assumed the “legend” of Dick Epps, a lorry driver “divorced with a child” with a job that “gave me the opportunity to get away from his family”, adding: “His parents were dead, and he felt like he was drifting through life without any ambition. He found his way onto the political scene, and got curious.”

“A lot of people labelled ‘Dick Epps’ as a Trotskyist,” HN336 said of his alter ego. “I understand that means a reformer rather than someone who wanted to bring about change through revolution.”

While renting “cover accommodation” in West Hampstead for £4 a week his “appearance changed radically”, adding: “If you sat in the right kind of pubs with a left-wing newspaper and a pint people would just come up and talk to you … I gradually worked my way onto the scene.”

The first Camden-based meetings he infiltrated were of the Britain Vietnam Solidarity Front (BVSF), a Maoist group led by Abhimanyu Manchanda who was “a key influence in the student movement”.

The HN336 statement said: “They would meet every Sunday above the Union Tavern in King’s Cross. There were about 15-20 people who would attend. The BVSF were linked to Banner Books in Camden Town. I recall seeing Tariq Ali at these meetings, whipping up a fervour amongst the student population.”

The undercover officer moved on after being challenged by Manchanda but continued “bumbling around Camden Market” with the Camden branch of the Vietnam Solidarity Campaign.

“I would go to Camden Market every Saturday and hand out leaflets,” he said. I had a brief interlude at the Kentish Town branch, from there I met a few members of the British Campaign for Peace in Vietnam, who would meet in Belsize Park. They were all intellectual communists. They called me a Trot, because they did not think I was committed to revolution.”

HN336 left the SDS after being confronted by members of the International Marxist Group (IMG), of which Mr Ali was a prominent member.

He said: “A telephone intercept had overheard Tariq Ali telling someone he thought I was a reformist not a revolutionary. I was informed I would be challenged at the next meeting. I was invited to the pub by members and they endeavoured to get me drunk. They wanted to establish if I was a true comrade. I was brought 6-8 pints, it scrambled me.

“Although I was not outed as an undercover officer, I did not enjoy being confronted in that manner. It was nerve-wracking. I felt a huge sense of relief when my deployment ended. You were largely on your own, and had to act on your wits. It was a lot of pressure to deal with on a daily basis.”

He later retired from the Met after more than 30 years of service.

‘So if you’re a Marxist, why do you keep on quoting Lenin

THE classified reports by undercover detectives spying on left-wing political group meetings in Camden pubs have been made public for the first time this week, as the Under­cover Policing Inquiry got under way, writes Tom Foot.

The Special Demonstration Squad (SDS) documents show the extent of monitoring of hundreds of activists of Camden branches of the Vietnam Solidarity Campaign (VSC), International Socialists (IS) and the Irish Civil Rights Solidarity Campaign, among others, between 1968 and 1982.

A raft of reports show how disguised officers regularly joined dozens of often-sparsely attended meetings in the back rooms of the Dublin Castle and the Laurel Tree pubs in Camden Town, the Dolphin and the Earl Russell pubs in King’s Cross, The Three Horseshoes in Hampstead and former Aldenham Boys’ Club in Kentish Town. 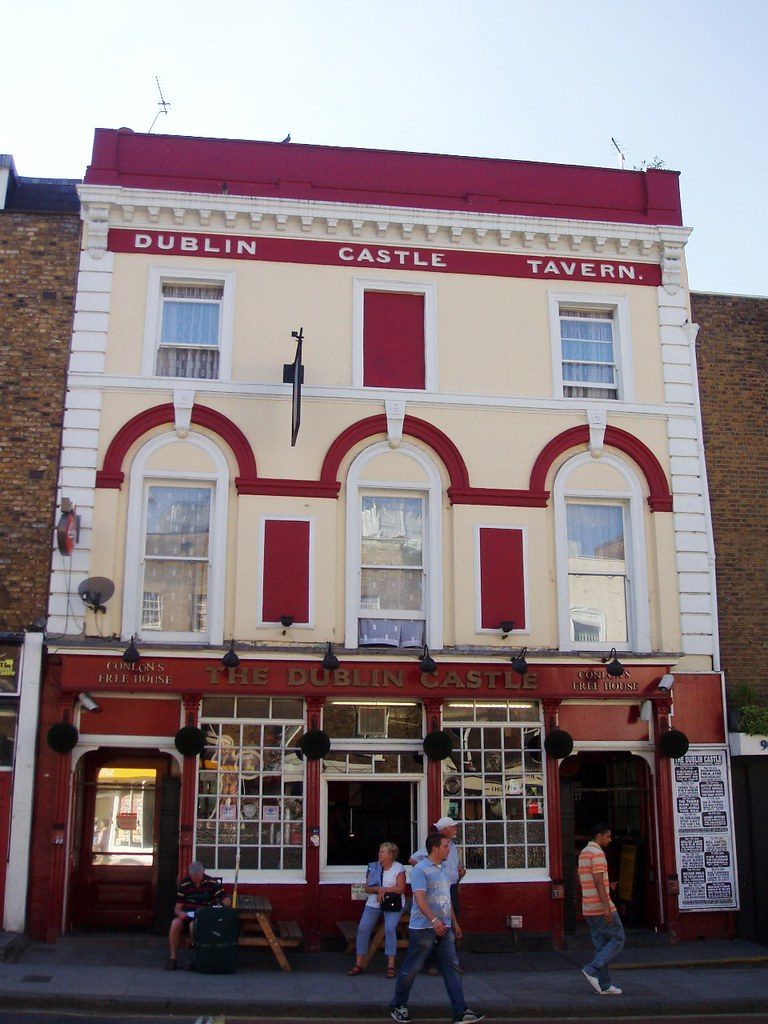 None of the meetings involved the landlords or management of the pubs named in the reports. The SDS mission was to wheedle-out plans for violent revolutionary protest, but the reports do not reveal the discovery of any plots to overthrow the state.

Instead, police had to listen in on political rows about direction and factional dispute. One reporting agent from a meeting at the Dublin Castle heard how a speaker “repeatedly claims to be a Marxist and her talk was laced with quotations from Lenin”.

Tariq Ali, the co-founder of the VCS campaign and an International Marxist Group (IMG) organiser, told the Inquiry on Wednesday how much of the evidence revealed “how utterly out of control the British spying network was”.

Former Home Secretary Theresa May announced in 2015 there would be an inquiry led by Sir John Mitting following an independent review that found “appalling practices in undercover policing”.

WHILE the police’s controversial Special Demonstration Squad (SDS) were looking out for a revolution, the reports back from undercover agents hardly suggested national security was at stake.

Instead secret officers sat through plans which may seem quite tame in comparison to recent environmental protests seen in London.

In 1968, 70 members had met at the pub in Parkway – now best known for the musical acts that have passed through its back rooms – to discuss joining a march in solidarity with striking factory workers. 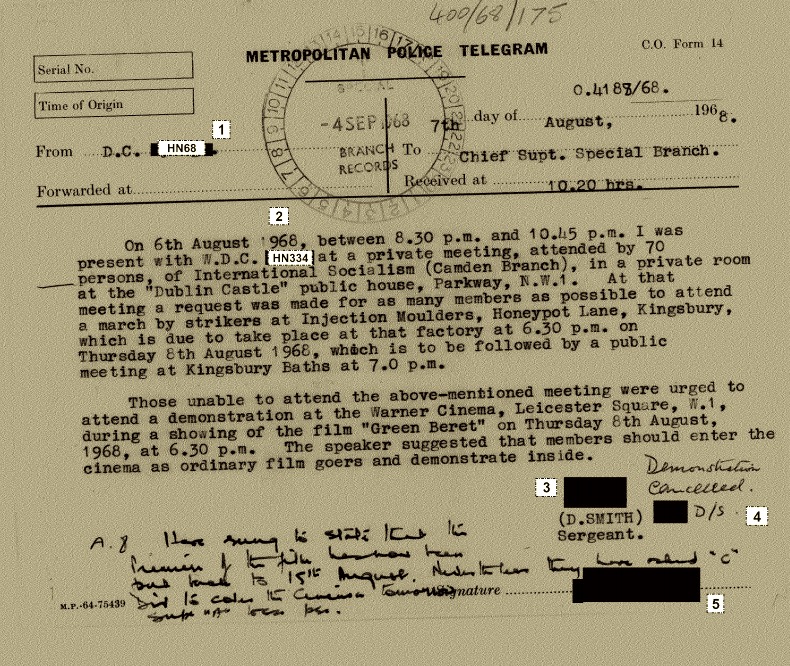 One of the secret files released by the inquiry, relating to a meeting in the Dublin Castle

A protest was planned inside the Warner Cinema in Leicester Square during a screening of the 1968 John Wayne war film, The Green Berets.

“The speaker suggested that members should enter the cinema as ordinary film goers and demonstrate inside”. The demo never actually materialised. Another report from a 1969 meeting chaired by a “bearded Australian”, the undercover detective reported that 18 Camden International Socialists members agreed to “set up a propaganda stall in a local street market”.

It was also recorded that the Camden Vietnam Solidarity Campaign met at the Laurel Tree pub in Bayham Street pub – it’s now the Brewdog bar – in 1969.

Here members agreed to go Whitestone Pond “to ‘propagandise’ among crowds at the fair at 1pm”, to be followed by “a picnic lunch” at Parliament Hill Fields. “Kites in NLF [National Liberation Front] colours will be flown, and there will be volleyball in the afternoon”, the report said.

The NLF was a revolutionary group in Vietnam opposed to the US action.

Meanwhile, at a 1970 meeting of the Hampstead Anti Apartheid Movement in 66 Primrose Gardens, Belsize Park, the SDS reported how a dozen members discussed “activism during the forthcoming South African cricket tour”, but added: “ It seemed unlikely that many of them would offer more than token support.”

The Undercover Policing Inquiry is said to be the most complicated, delayed and expensive in British history.

It was first announced in early 2015 following newspaper revelations that police had sexual relationships and even fathered children with left-wing activists over decades of surveillance.

Dozens of Camden cables and reports from the officers in the Special Demonstration Squad, which was originally set-up to help stop revolutionary groups organising violent protests, have this week been made public for the first time.

The reports detailing Camden activist meetings between 1968 and 1972 were published on the inquiry website on Thursday as part of a first “tranche” of evidence focusing on the campaigns against the Vietnam war.

The inquiry has been strongly criticised as a closed shop by women targeted by the “spy cops” and also parents of Stephen Lawrence, who were monitored by the Met during their campaign for justice. The cover-names of 51 of the 250 police witnesses have been kept secret, along with 119 real names of officers and staff.

Hearings are each day taking place at a hotel in Marble Arch. In April, the inquiry a second “tranche” of evidence will be published about special branch operations that took place between 1973-1982.