The plan: pretend you're fed up with the lack of signings, force the club to make waves in the transfer market – and then stay at Tottenham and win stuff 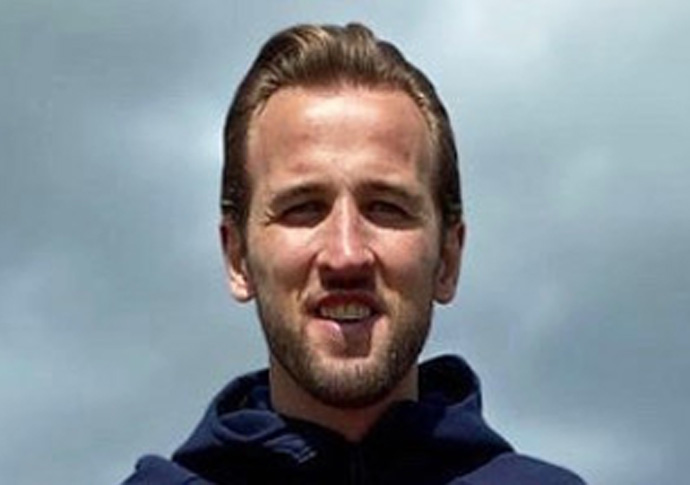 Harry Kane: ‘I will be staying at Tottenham this summer’

HERE is a theory: Harry Kane was never intending to leave Tottenham for the glint of trophies and lucre offered by Manchester City.

Nope – wasn’t going to happen. And not because Spurs chairman Daniel Levy has him tied to a contract with three years left.

And not because City’s owners weren’t willing to pay £150m to loosen Tottenham’s grip on their talisman.

He wasn’t going to leave for the simple fact he didn’t want to.

Instead, let us believe this palaver was a clever game of brinksmanship by Harry.

He has spent his life at Spurs and has proclaimed himself a fan, so decided this summer to become a secret agent on behalf of other fans.

The plan: pretend you might be up for a move, pretend you’re fed up with the lack of signings your talent deserves to be playing alongside, pretend you are distressed over the manager merry-go-round – and force the club to make waves in the transfer market.

Then, stay at Spurs and win stuff.

Maybe Harry went undercover on our behalf – or maybe he didn’t. But whatever the truth, his announcement today that he is staying at Tottenham put is a very happy ending to a saga that has ruined our summer.

At the final home game of last season – a disappointing 2-1 loss to Aston villa – Harry lingered alone on the pitch long after the final whistle.

The few fans allowed into the stadium saw him walk slowly up to them, hands clapping ruefully above his head, tears in his eyes. It looked very much like a farewell.

Perhaps it was – but let’s go with the theory that he’s a decent enough actor, and the goodbye lap was solely for Levy’s benefit.

You can imagine Levy, as he watched, re-enacting a scene from the film The Madness of King George in his mind. Actor Nigel Hawthorne, as George III, talks wistfully of the millions of American acres he has lost through the War of Independence, and all the wealth it would have brought him.

Levy must have had the same feeling – this boy wonder was once all ours, seemingly forever, and then, suddenly – gone!

The England captain never said directly that he wanted to leave. The saga started when comments made to Gary Neville were taken out of context, when Harry warned he was ambitious, and that Spurs had to match that ambition.

But Harry never said he wanted to stay, either. Until today.

Then there was the late return to pre-season training. That too got the fans worried that this was the end game.

They were steeling themselves for yet more heartbreak, just like they had experienced when Sheringham, Carrick, Berbatov, Keane, Modric and Bale all bid farewell.

Harry was criticised for coming back from holiday late – but it was well known at the club he had been staying at owner Joe Lewis’s Caribbean resort, and was simply following isolation rules.

Still, with the transfer window open, it felt like a matter of when, not if.

Harry’s appearance as a substitute in the 1-0 away win against Wolves on Sunday ignited the hope that maybe he will unpack his suitcase and stop searching for over the top pads up north.

Then came the following message:

“It was incredible to see the reception from the Spurs fans on Sunday and to read some of the messages of support I’ve had in the past few weeks.

“I will be staying at Tottenham this summer and will be 100 per cent focused on helping the team achieve success.”

Even the wording of his message comes with a warning to the board – saying he is staying “this summer” puts them on notice that he won’t accept half measures when it comes to building a successful team.

For now, we’ve got at least a few more months to witness possibly the best striker in the world wheeling away in Lilywhite as the ball bustles the back of the net.

Confidently speaking on behalf of every Spurs fan, we’re beyond delighted. And well played Secret Agent Number 10 – we all fell for it.