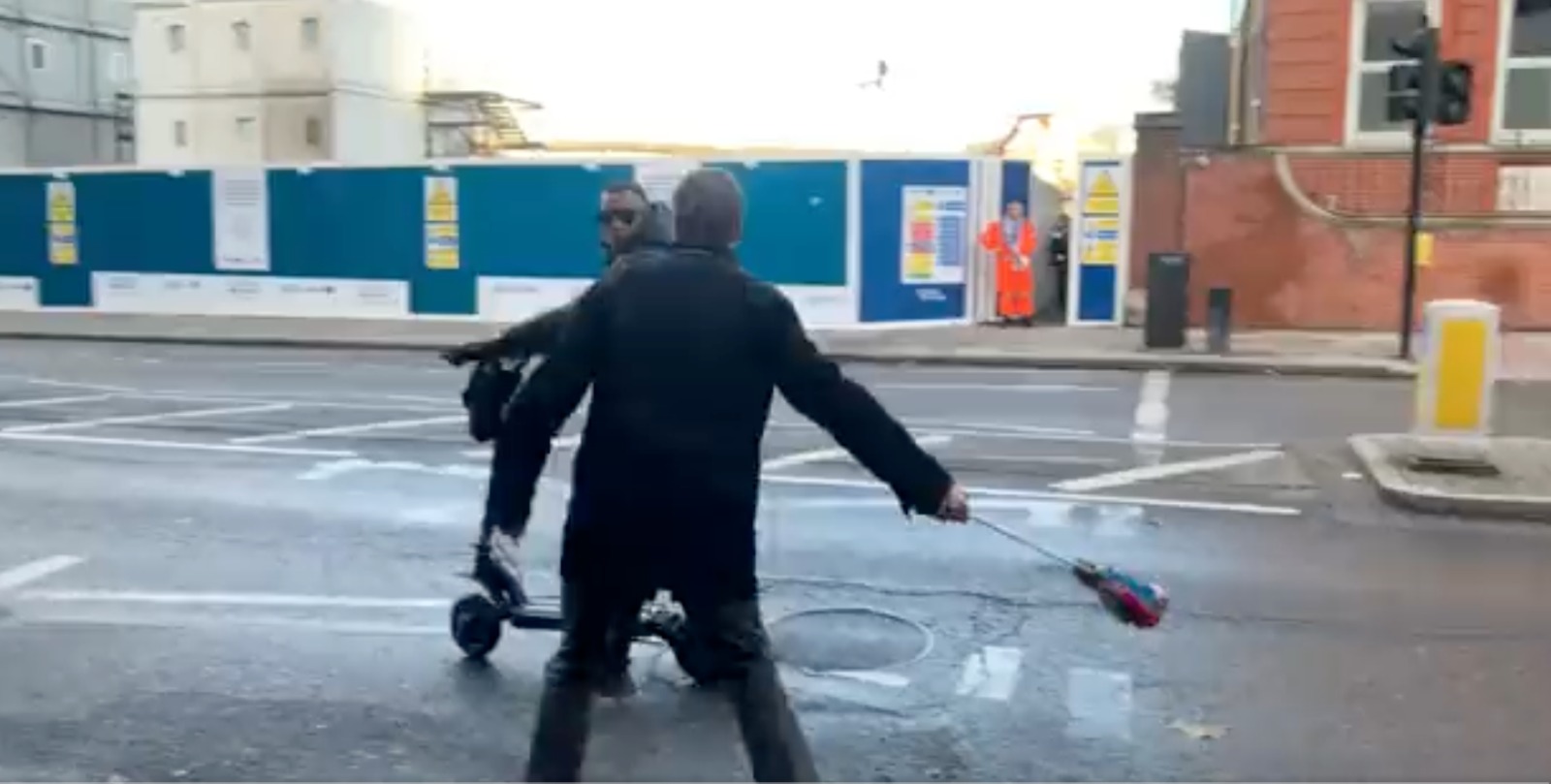 A MAN suspected of knocking a woman to the ground on his electric scooter is being sought after a video of the incident went viral.

The crash took place on Friday afternoon, at the junction of Robert Street and Hampstead Road.

Despite one man’s effort to restrain him, the suspect fled the scene on his e-scooter.

Ellen Forbes, a designer at a bar opposite the site of the crash, heard it happen and told the New Journal: “I rushed out but she was already on the floor. Someone tried to restrain the man that hit her, but he threw a punch and knocked him to the floor. Then he got up and rushed off.”

Mobile phone footage showed the woman lying on the road and an older man trying to stop the suspect by hitting him with an umbrella.

Ms Forbes said: “I really hope they catch him. Accidents happen but to just ditch the woman like that is awful.”

She added: “Lots of people stopped to help, someone ran to get a first-aid kit from the medical centre across the road. I think he might have run the red light as she was crossing the road. They weave in and out of traffic here all the time because all the cars stop at the red lights.” 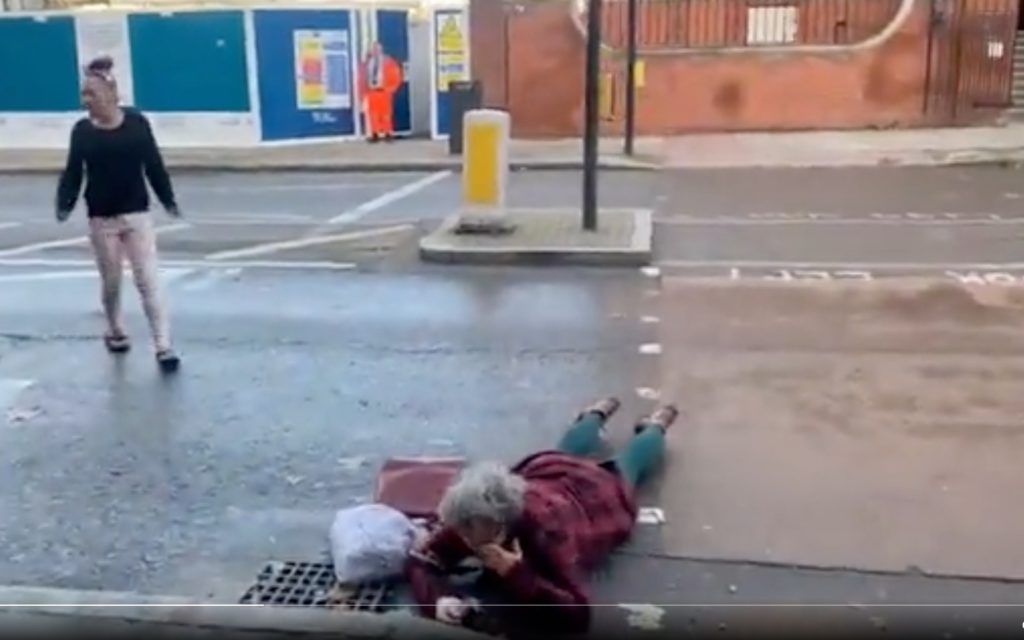 A woman was left on the floor

Police confirmed no arrests had been made.

A spokesperson added: “We are aware of the video and are assessing its contents. We ask anyone who has been a victim or anyone with information to call police.”

Recent data on the introduction of e-scooters this year up to mid-October recorded more than 300 e-scooter collisions within the UK.

As a result of these, nine people died and 79 were left with serious injuries.

A closer look at the data compiled by PACTS [Parliamentary Advisory Council for Transport Safety] shows that at least three of these collisions happened in Camden.

All of them involved private e-scooters, rather than ones offered by licensed companies registered with the council.

It is illegal to drive private e-scooters, but they are easily purchasable online and can often travel at more than 30 miles per hour.

This is twice as fast as those used under the hire schemes now in place.

A blind pensioner from Camden, who asked us not to print his full name in the newspaper, handed in a petition to Downing Street last month, asking for the trial of e-scooters to end.

“When one goes past I am frozen stiff. You feel the whoosh of air,” he said. “I am petrified and frightened, they must stop these trials.”

The Town Hall joined a trial hire scheme with Transport for London which is running until next June.

Camden’s environment chief Councillor Adam Harrison said: “Much of the current public opinion of e-scooters is largely based on their interaction with illegal privately owned vehicles, that can in some cases be ridden in a dangerous manner.

“It is important to note that there are several differences between these and the e-scooters that will be involved in the trial, and how they will be able to operate. GPS technology on each e-scooter enables the speed to be managed remotely.

“Crucially, many respondents, expressed a concern about locations in the borough where the e-scooters would mix with concentrations of pedestrians, so we have ensured that we have developed go-slow zones, where e-scooters will have a maximum speed of 8mph, and they will not be able to operate in our open spaces at all.”