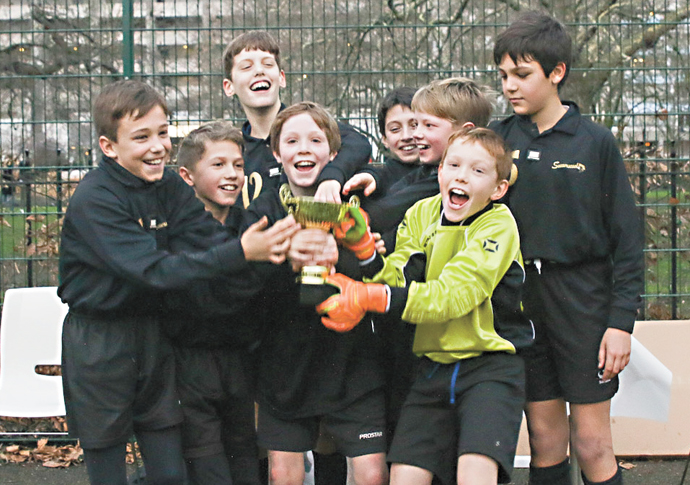 BUDDING footballers from Soccerscool were the toast of the town after seeing off scores of rival teams from Camden and Islington to capture the inaugural Bloomsbury Invitational Cup.

The Under-11s team, who train in Highbury, battled through their group games before overcoming cup favourites Camden Elite 2-0 in the semi-finals thanks to a brace from Johnny Brindle. The goal-getting hotshot was, however, far from finished as he went on to score a hat-trick in the final – capping a player-of-the-tournament performance – to lead Soccerscool to a 3-0 win over Lea Valley. 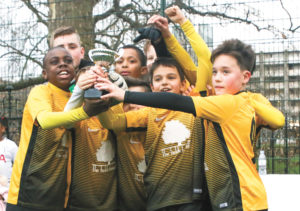 Organiser Charlie Hyman, who runs Bloomsbury Football Academy, said he was delighted with the skill and teamwork on show throughout the day, revealing plans to host more competitions in the coming months.

“The tournament was a great success with over 80 children taking part in what proved to be a great spectacle for all involved,” he said. 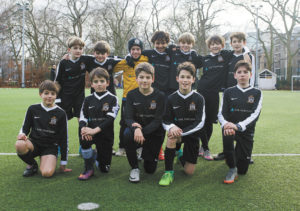 “The games were all played at a very high intensity and the overall ability of players and standard of play was very impressive.

“I would like to thank the London Trophy Company for supplying the trophies, Felix Ursell for his photography, the referees and everyone else who helped with the organisation.

“I can reveal that we will be hosting some more tournaments for a range of age groups in the weeks to come, so stay tuned!”