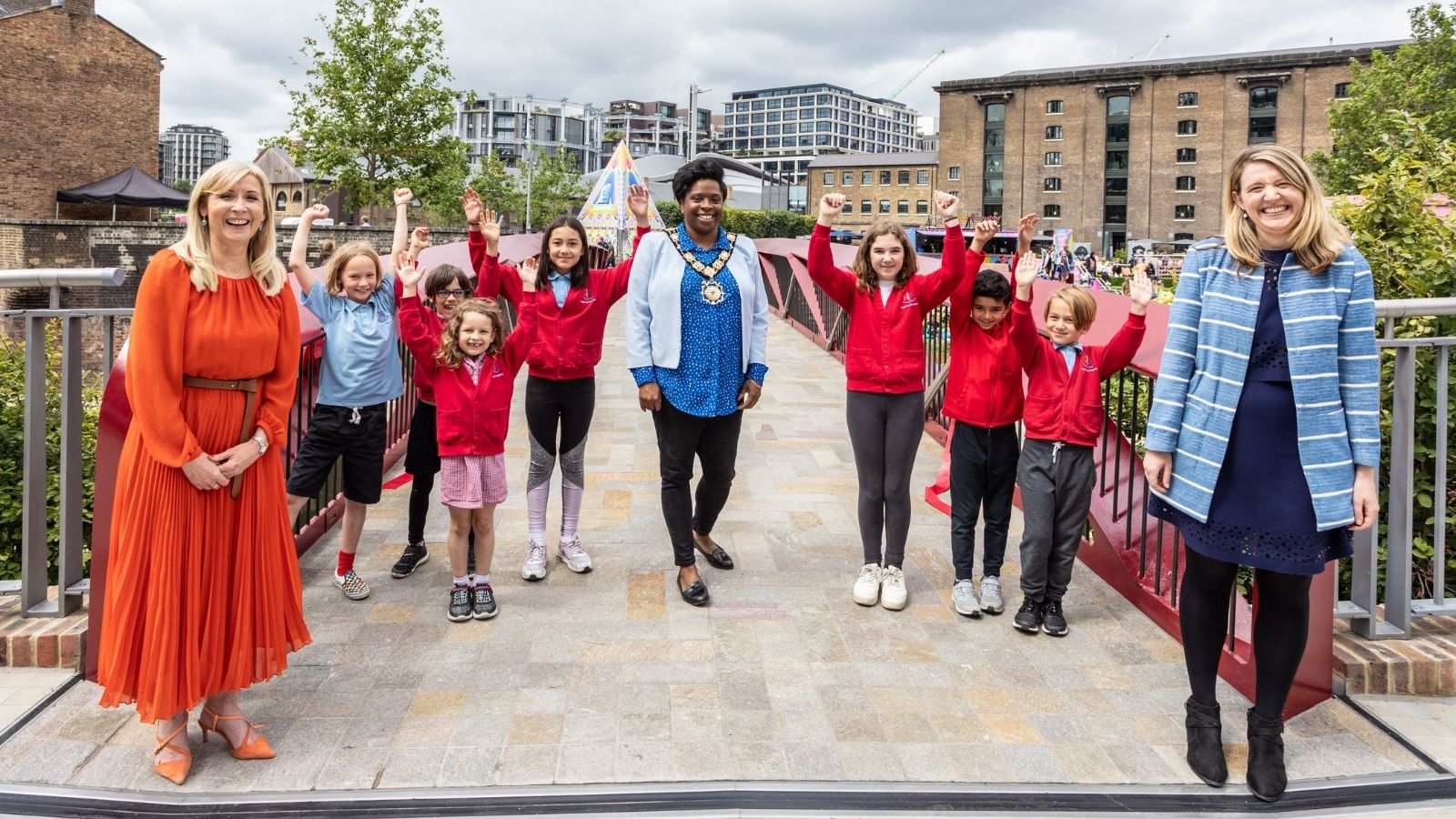 Mayor of Camden Sabrina Francis cuts the ribbon the bridge

DILIGENT historians at the King’s Cross Academy primary school have spent 2021 researching the area’s history to come up with a name for a new bridge across the Regent’s Canal.

And last Wednesday, a group of children were given the honour of being the first people to walk across the new span, which links Pancras Square with Granary Square.

The pupils, aged between five to 11, delved into the past and came up with the title ‘Esperance Bridge’ – taking its cue from a famous club for girls in the late Victorian period. 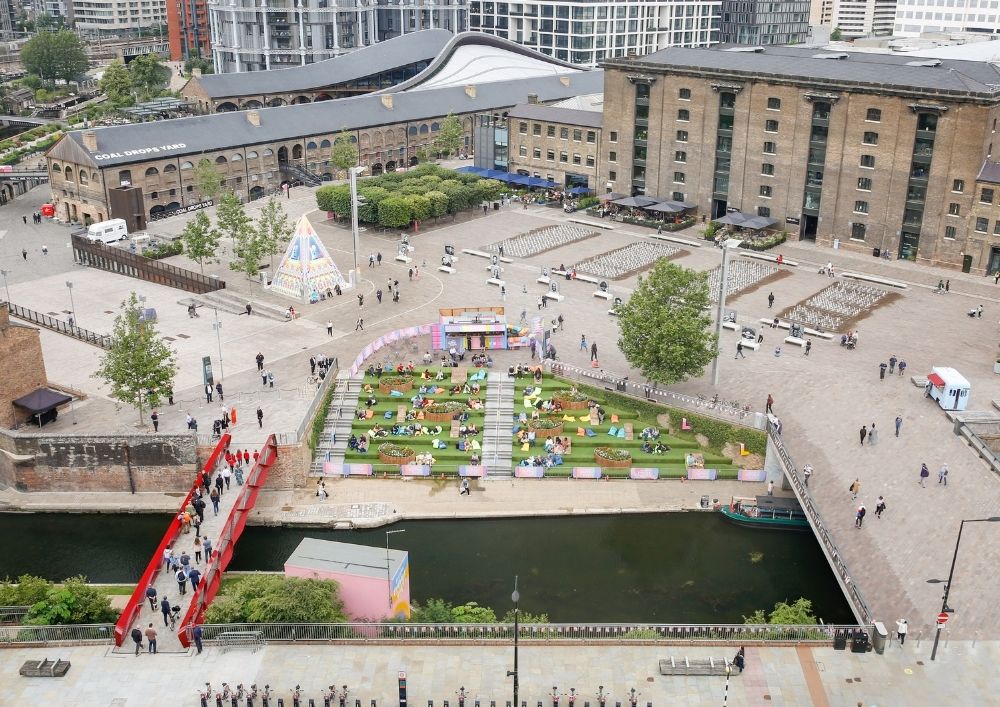 The new bridge is already being well used 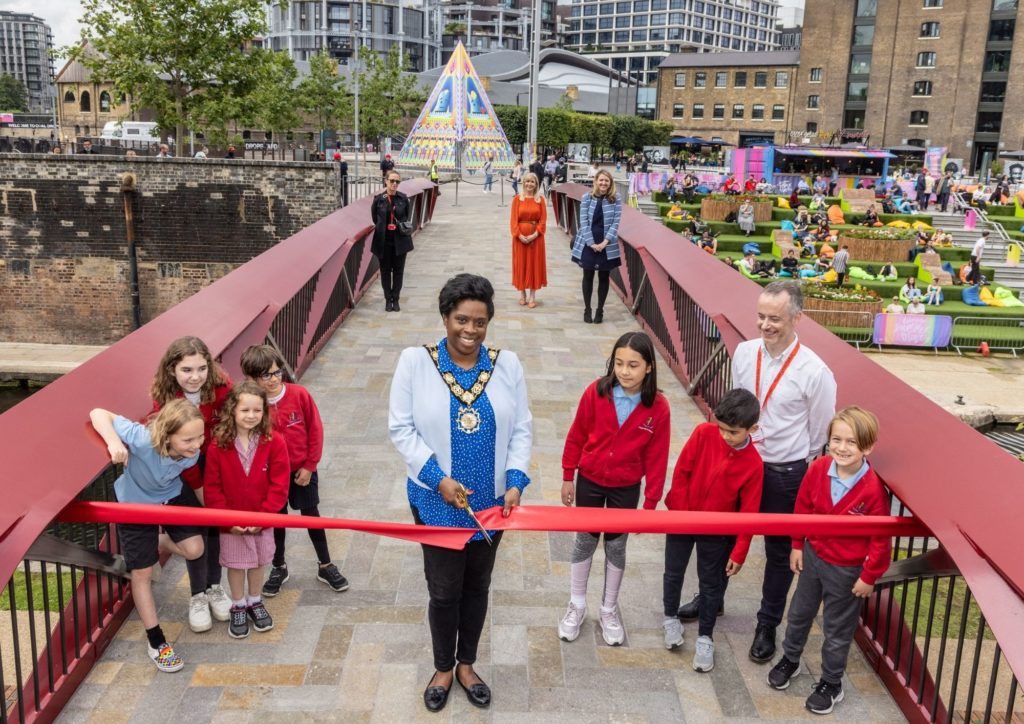 Established by Suffragettes, the Esperance Club gave youngsters the chance to learn a range of skills and offered both education and tackled poverty in the King’s Cross area.

Headteacher Emyr Fairburn said: “The pupils did a lot of work and had a lot of debate over possible names. We made the decision through a whole school ballot.”

The school is based in Wollenstonecraft Street – a name chosen eight years ago after the New Journal persuaded developers to ask people living near by to suggest monikers for the Railway lands development.

The 25-metre long bridge has been designed to ease footfall on a neighbouring span – and draw people into Granary Square and Coal Drops Yard, offering a direct route from Pancras Square. 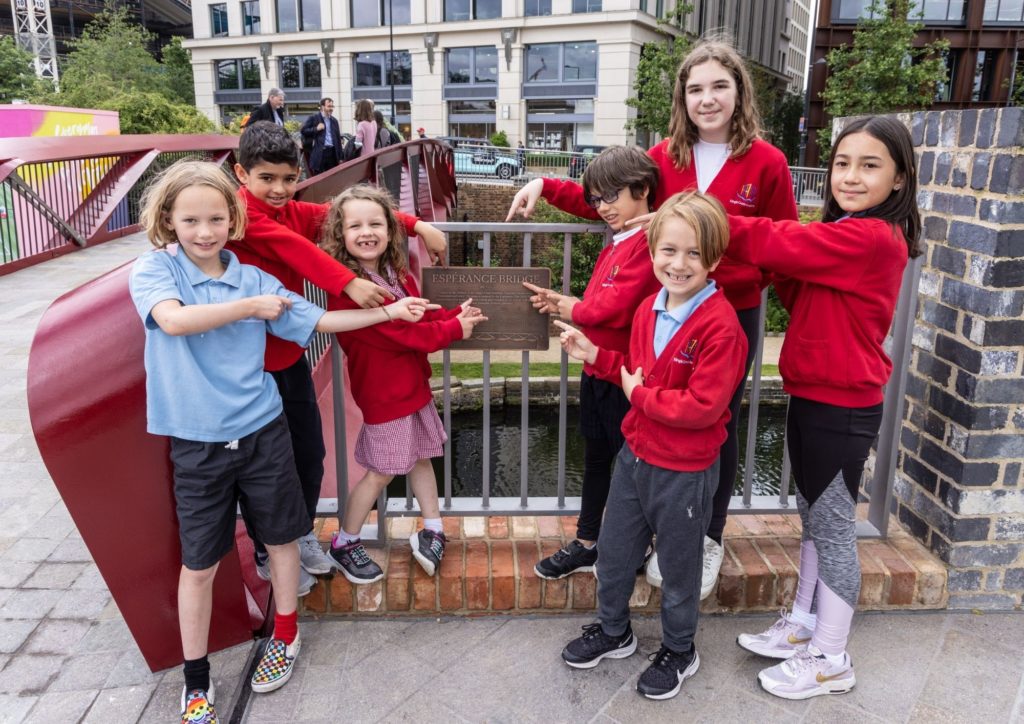 The name ‘Esperance’ Bridge is unveiled

Work on the development continues to the northern end of the site and will be finally completed in 2024, creating around 30,000 jobs and 2,000 new homes.

The bridge was first suggested in 2005, when the King’s Cross masterplan was put before the Town Hall.

The first proposal was designed by Thomas Heatherwick – who later drew up plans for the Garden Bridge across the Thames – and he proposed building a walkway made entirely of glass, costing north of £5m.

Architect Ezra Groskin, of Moxon Architects, said he had been influenced by railway bridges that once took goods carriages into the site.

He added: “It is an efficient structure and the type they would have built 100 years ago.”

King’s Cross Partnerships head of Space Chrissy Cullen added: “It was lovely to see the children chose such a beautiful name. It will stand the test of time.”