‘Save our school!’ Parents take consultation complaint to watchdog 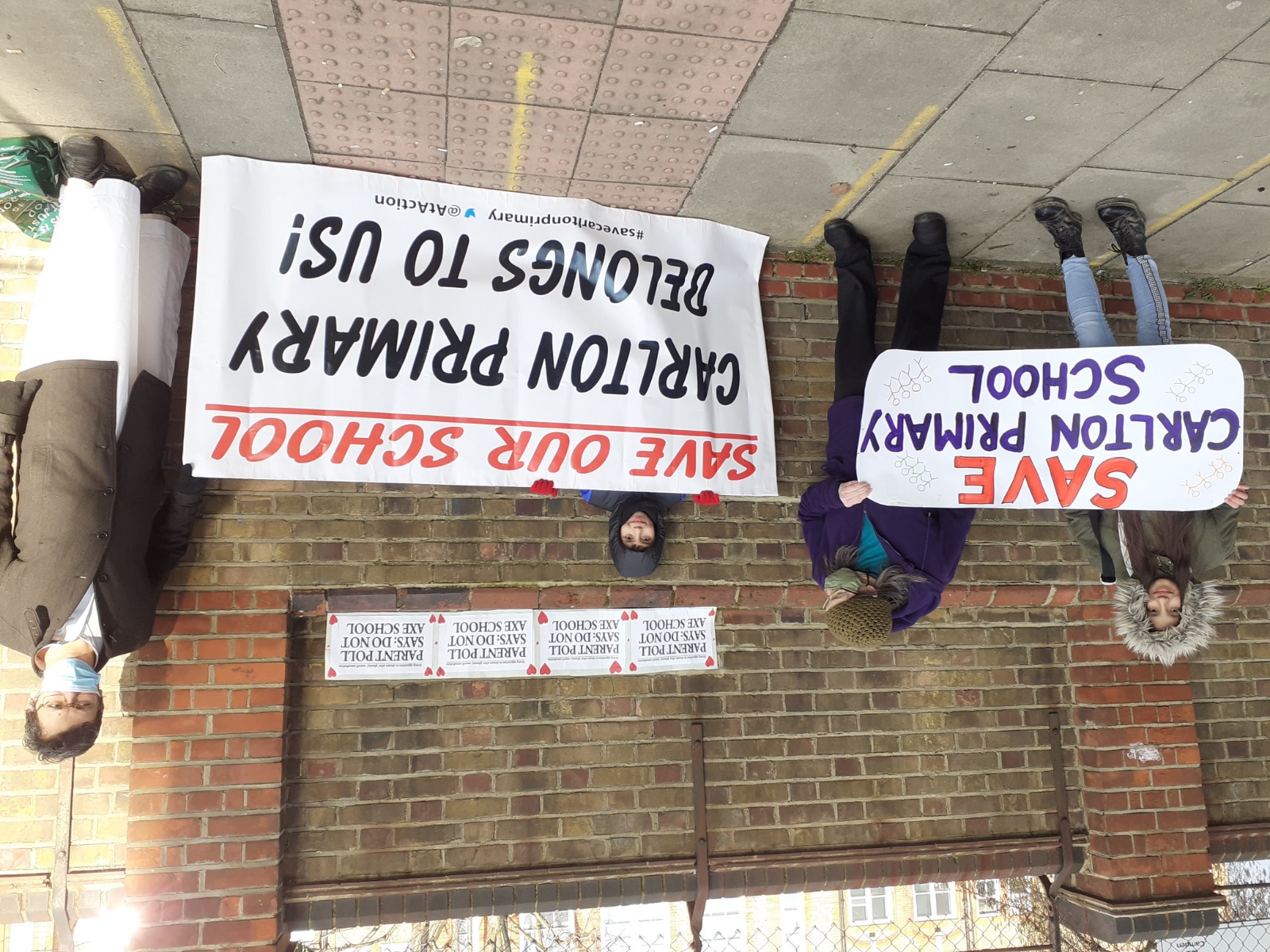 A GROUP of parents and carers opposing plans to close down a primary school is filing a complaint with the local government watchdog over the council’s consultation.

The Town Hall is currently on a second phase of surveys as it seeks to shut Carlton Primary School, near Queen’s Crescent, and merge it with nearby Rhyl.

But the Carlton Parents Action Group insists Camden does not need to shut down the school and is submitting a complaint with the Local Government Ombudsman.

It says that the consultation process “was not inclusive and failed to engage with Bame [black, Asian and minority ethnic] parents”.

The group also criticises Camden Council for not taking a ballot of parents completed at the school gates into account, and instead relying on its own first-stage consultation in which only a small percentage of respondents were Carlton parents, and people from a Bame background – which make up a significant proportion of the school’s pupils, parents and the wider community.

Council chiefs have said the school, which has served generations of pupils in Queen’s Crescent, needs to close in the face of falling rolls and low birthrates. St Aloysius School, in Somers Town, closed in 2019 amid a pupil shortage and there have been warnings that the trend could put the future of other primary schools at risk.

The parents’ action group proposed an alternative which would have seen Carlton stay open, moving the Gospel Oak Nursery into the site in Grafton Road and a number of services operate from the site – making up any financial shortfall from low school rolls.

Sally Kellner, one of the Carlton campaigners, said: “They have never said why their plan is economically better for children’s needs or their welfare. This is about their life chances.

“At no point have they come back to us and talked to us about why it is not as good as theirs. They just ignored our plan, and have never discussed the financial costs or impact on children.”

A council spokesperson said a “comprehensive, seven-week, public consultation” had taken place to gauge opinion before further action was taken.

“We are encouraging anyone to reply to these notices prior to the end of the statutory representation period on February 18,” they said adding that all responses would be “considered by the council’s cabinet when they meet to determine the statutory process in March.”

Secondary schools are feeling the same pinch in Camden, with Haverstock School going through a reorganisation of staff and switching from a six-form entry school to only getting four-and-a-half new classes of pupils every September.