Save our salon! Ceiling comes down after ten years of damp warnings 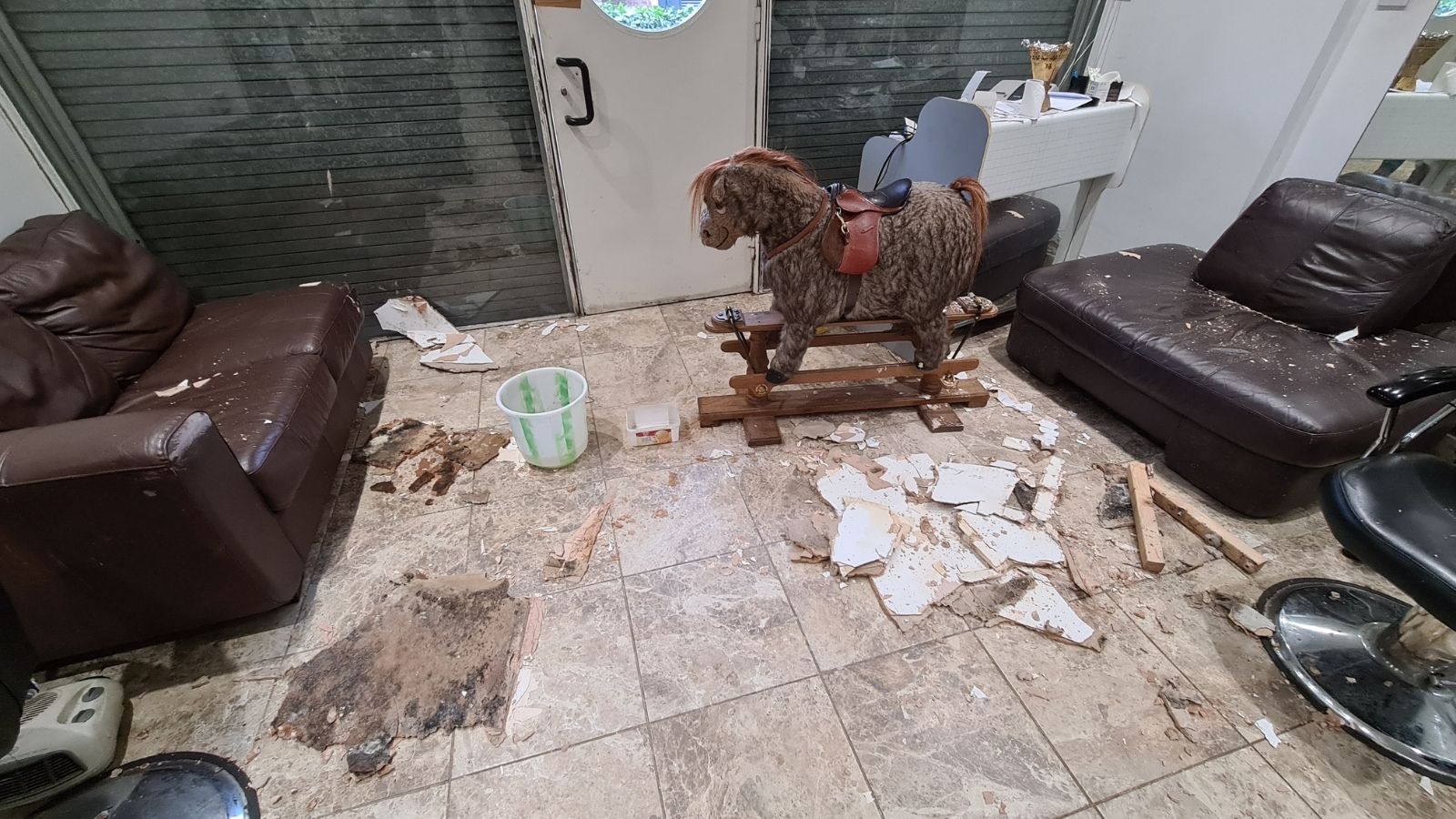 A SALON which has been plagued by a decade of damp and disrepair in a council-owned site has asked the Town Hall to take action after its ceiling fell in.

Plaster and wood nearly fell on a customer at Mona Lisa in Langtry Walk, South Hampstead last month after the council failed to repair a leak.
Problems with the property stretch back for 10 years according to correspondence seen by the New Journal.

Hairdresser Maza Yacob said she has had to report a series of issues to her council landlords including numerous leaks, mice and damp.

The Grade II-listed parade of shops in South Hampstead is owned by the council and has flats above. 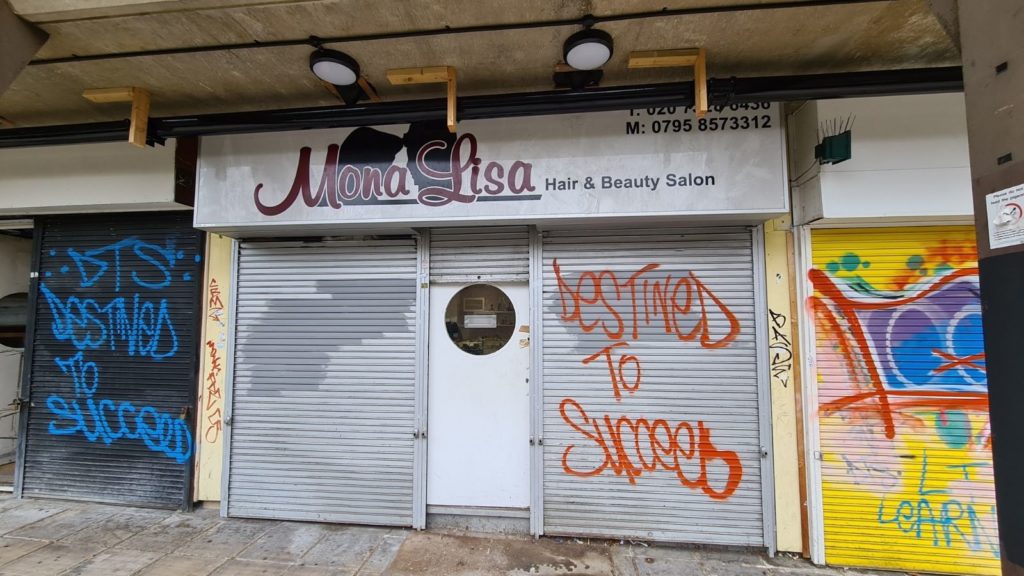 Mona Lisa in Langtry Walk and, below, the hole in the ceiling 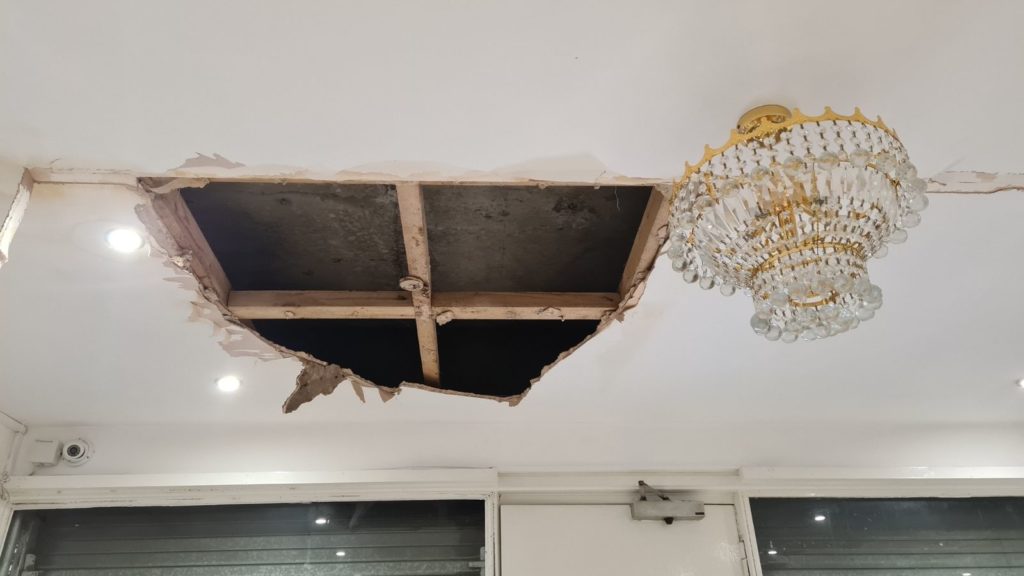 Camden has previously attributed leaks to a shower in the flat above and a leaking washing machine and said it had fixed them – but water has continued to come in.

The collapse of the ceiling on September 24 means the shop has had to close, potentially for good, leaving Ms Yacob without any earnings, while still paying thousands in rent and business rates. Now the council has commissioned a “full external survey”. 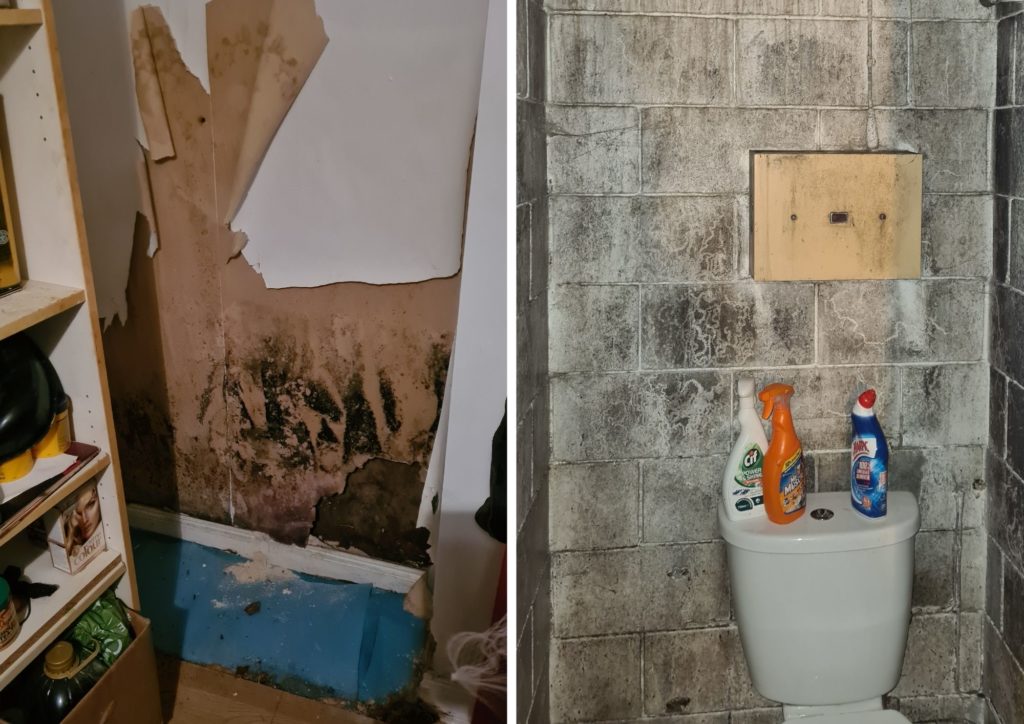 Ms Yacob said: “It was so dramatic, watching it, my heart was going boom boom boom, because I could see it dripping, and then ‘whoosh’ – it all collapsed. I was worried in case it had hurt anyone, but luckily everyone was all ok.”

She has been offered an alternative site, but it’s on the top floor of the block and has no facilities.
“It would not work,” said Ms Yacob, a mother-of-three.

“I have a lot of customers who couldn’t use the stairs to get up to the second floor, so it just would not work. I’ve asked them for somewhere else but they’ve not replied.

“It’s awful and it’s made me very depressed, and sad because it feels like I’m trapped and there’s nothing I can do. My children are worried for me. I can’t be the best mother I can be.”

When the New Journal visited the salon, we found water still dripping from the ceiling, damp and mould throughout the property, a pool of water underneath a collapsed stair due to the damp, and droplets on the wall of the kitchen.

Even before the collapse, Ms Yacob was having to mop up water when she arrived every morning, and towels were placed on the floor to soak up the damp. Buildings next door face the same problems with leak.

Ms Yacob borrowed £20,000 to refurbish the salon in 2017, after being assured by the council that the problem was fixed. 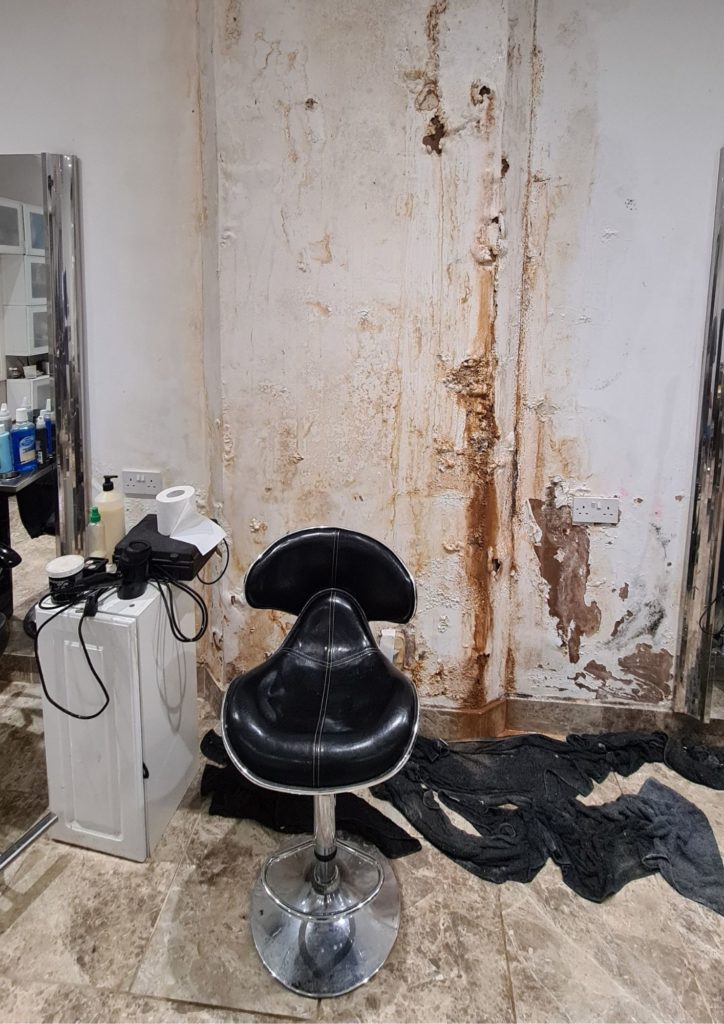 However the leaks started again, and paint is now peeling off a wall where a large mirror once hung.

“I’m a single mother and I thought ‘I’m going to provide the best to my family. I’m going to work and be a good example to my kids’,” she said.

“And when I came here I thought I was a step closer to doing it.” 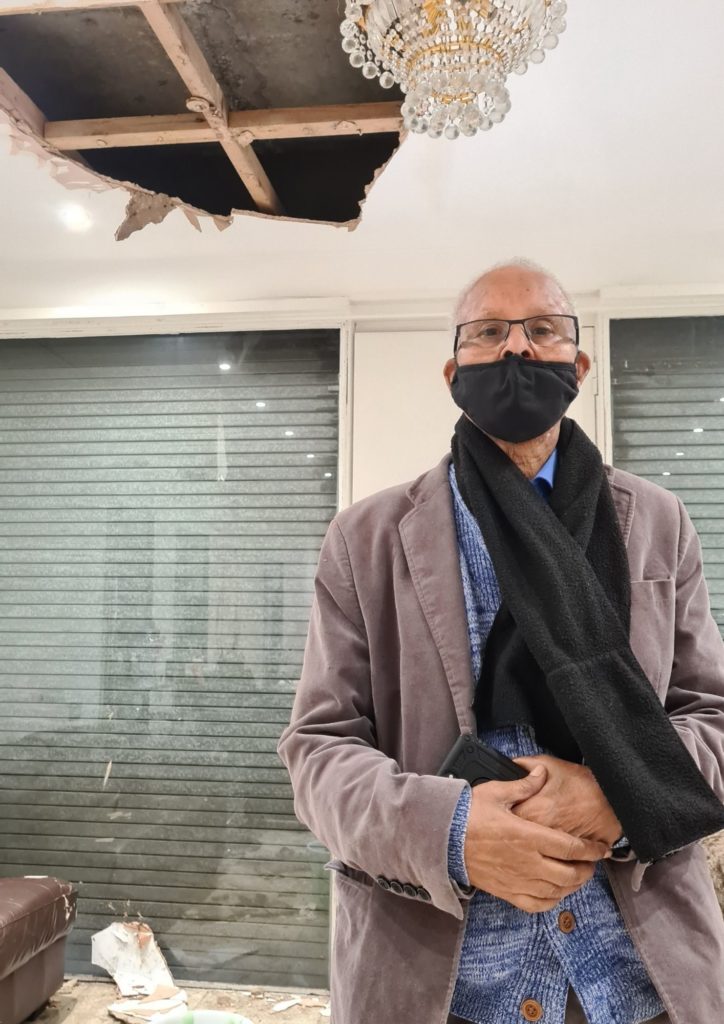 Yishack Yacob, a partner in the business, in the water-damaged salon

Camden’s finance chief, Labour councillor Richard Olszewski, said: “We would like to apologise for the issues being experienced by the tenant.

“The shop is in a listed building, with much of the pipework and services located within internal ducts, voids and the concrete structure itself, which makes it more difficult to trace, access and repair any leaks.”

He added: “The council has now commissioned a full condition survey from external surveyors, to identify and plan for the necessary work to the whole block.

“We have already offered and planned to make good the damage in the shop and will be discussing a rent reduction.

“We have also been identifying alternative premises where the business could temporarily or permanently move to and have scheduled a meeting at 5 Langtry Walk for next week to inspect the current issues and to continue discussions around a possible move to a vacant shop.”