Residents tell of blaze fears as they await remedial work 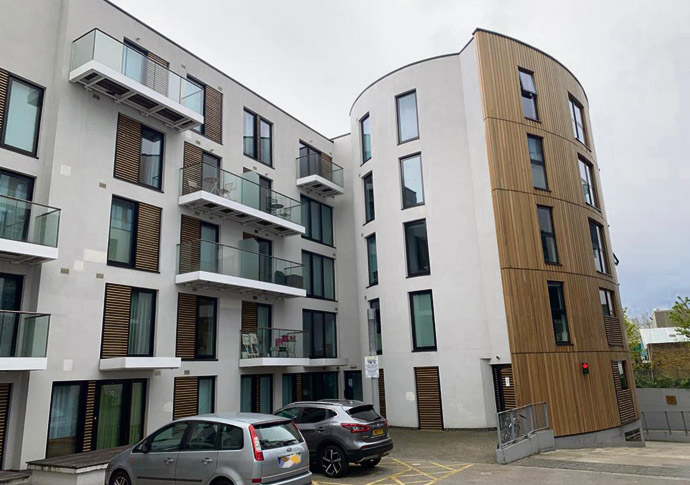 SOCIAL housing residents say they have been left in the dark over safety issues on their estate.

A 24-hour waking watch has been in place at the Morea Mews development in Aberdeen Lane, Highbury, for more than a year since an inspection found defects in several homes.

Building owners Taylor Wimpey have since been negotiating with leaseholders and the construction firm who built the flats over who should pay for remedial work.

But social housing tenants, overseen by housing association Peabody, told how they have been left worried by fire engines coming and going every three months and holes cut from the walls to take cladding samples.

Charlie Marsh, who has lived in a flat with her children for three years, said: “As a mother, I do sometimes sit in bed wondering how I would get out with my kids if there was a fire, because the windows only open a couple of inches. We know the building isn’t safe, but what are we supposed to do about it? We would all like a bit more information.”

John Keogh, who cares for family members in another flat, added: “We have three fire officers here 24 hours a day, seven days a week. Something is amiss and we are not kept up to date. So we’re just sitting here and hoping it’s alright.”

It is understood that some of the problems relate to compartmentalisation – a system where a fire should be contained to the flat it breaks out in.

A Taylor Wimpey spokesman said: “The health and safety of residents is our first priority and we are committed to putting this right at no cost to them.

“We have written to all leaseholders to reassure them of our intent.”

He added: “We shared our plan for remediating the defects that have been identified at Morea Mews with the resident management company in December last year and have met with their representative to discuss our proposals. Remedial works will get underway once the plans have been agreed with residents.”

A Peabody spokesman said: “This is a really difficult situation for our residents and we are doing what we can to help. We are in touch with the building owner on behalf of our fellow leaseholders and tenants.

“Unfortunately we do not have the power to speed up the process as we are not responsible for interim safety measures or remediation on these blocks. We hope it won’t be too long before the uncertainty is resolved and works can begin.”