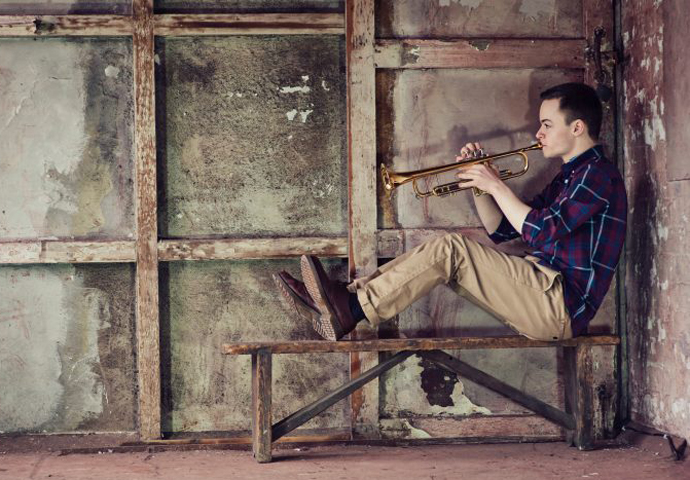 Sean Gibbs launches his new album at The Vortex on August 20. Photo: Iza-Korsak

AFTER a tentative start, live jazz is back in, if not full swing, then a syncopation or two away from it. After attending the first two events of its relaunch, I can report Jazz at the Oxford Tavern is in rude health, with appreciative regulars back in place and first-rate music from the front of the room.

And there is something else in the air: dressing up is back. Not so much at the Oxford, but certainly at Ronnie Scott’s in Soho. A recent visit featured suits, ties, smart strides not tracky bottoms, cocktail dresses and party frocks. The atmosphere was it’s-great-to-be-out-again electric and Scottish trumpeter Ryan Quickly provided some bravura pyrotechnics to push the party along. 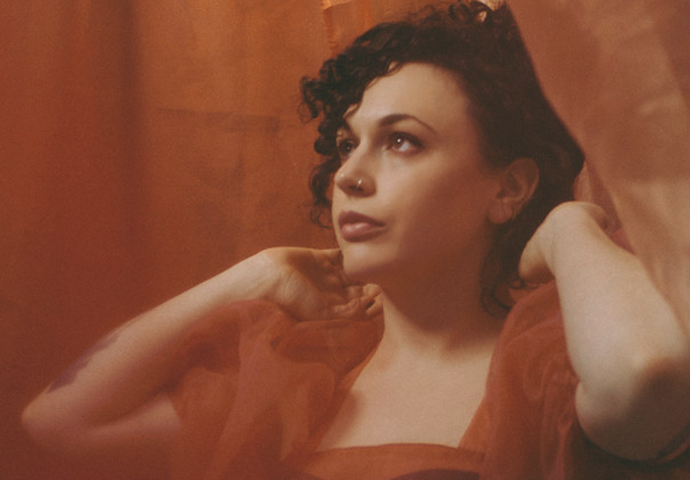 I’ll be along to check if that was a one-off sartorial extravaganza to see Rosie Turton at the club on August 23. I first saw this trombonist with the excellent Nerija, alongside Nubya Garcia, Sheila Maurice-Grey and Cassie Kinoshi (now that’s a hell of a front line). Turton seemed to be a little apart from the others, only stepping forward and blasting into life when she played a typically incisive, exuberant solo before deflating a little once more. It was only later I discovered she was jet-lagged after flying in from India (a big influence on her own music), which made her robust interludes even more admirable.

Having seen her several times since in non-lagged mode, I can report she and like-minded players (including Jake Long on drums, Johanna Burnheart on violin and Daniel Casimir on bass) will be blowing at full-chat up on Ronnie’s stage, playing her new EP, Expansions and Transformations: Parts I and II. 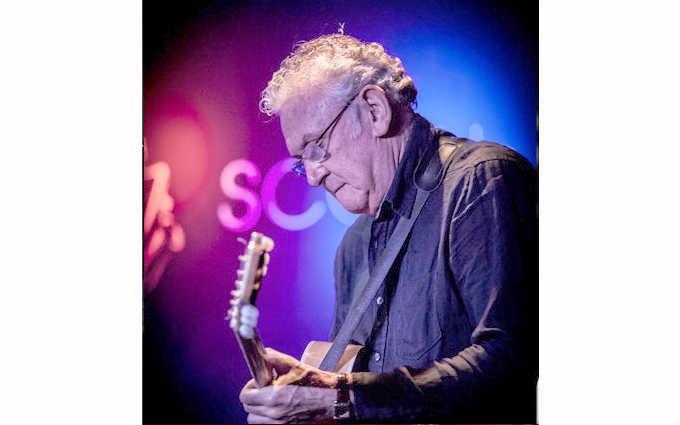 Coming up at Ronnie Scotts: Above, Jim Mullen; below, Martin Taylor 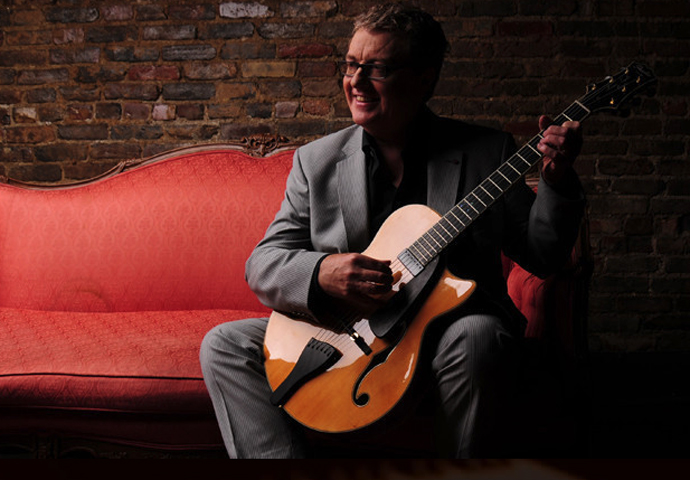 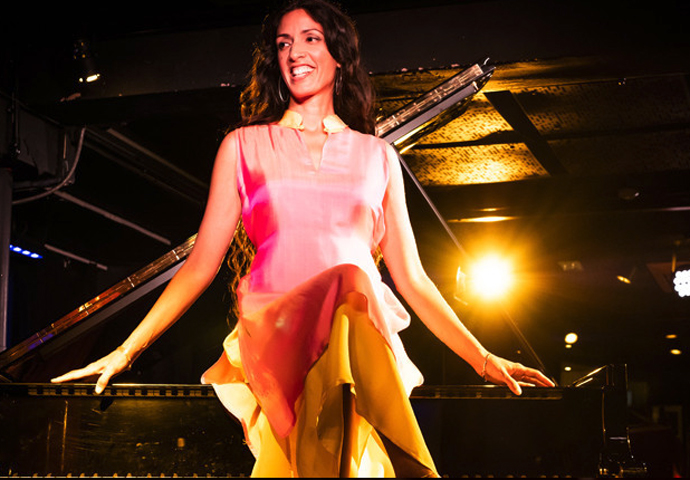 Also recommended at the club are two very different but world-class guitarists, Jim Mullen (August 16), who is bringing a fabulous nine-piece band along, and Martin Taylor (August 17), who, in contrast, is doing a solo show. The Mullen show will also be streamed live. August 30 sees British-Bengali pianist Zoe Rahman deliver her formidable jazz/classical chops to Frith Street along with her tight, inventive rhythm section of Alec Dankworth (bass) and Gene Calderazzo (drums). 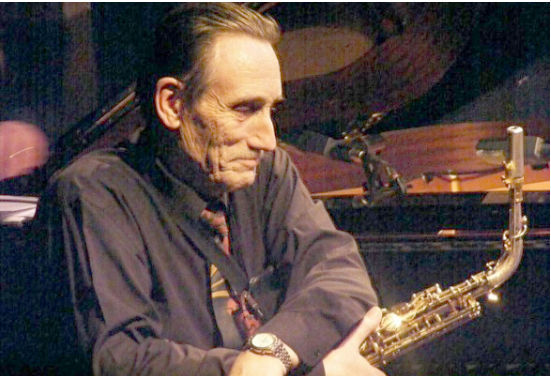 Just around the corner in Dean Street, the Pizza Express will celebrate the life of saxophonist Peter King on the first anniversary of his death (August 23). I saw Peter perform a lot in his later years, playing with another much-missed figure Stan Tracey or with his own groups at the 606 club, and that man pushed artful inventiveness over familiarity every time. The night at the Pizza Express includes contributions from his much-loved contemporary, multi-instrumentalist Alan Barnes, and pianist Will Barry, whom I witnessed playing up a storm at the Oxford Tavern recently, and young alto-ist Jim Gold (having seen him with Billy Cobham a while back, I know he’ll do a great job paying his respects to Mr King). 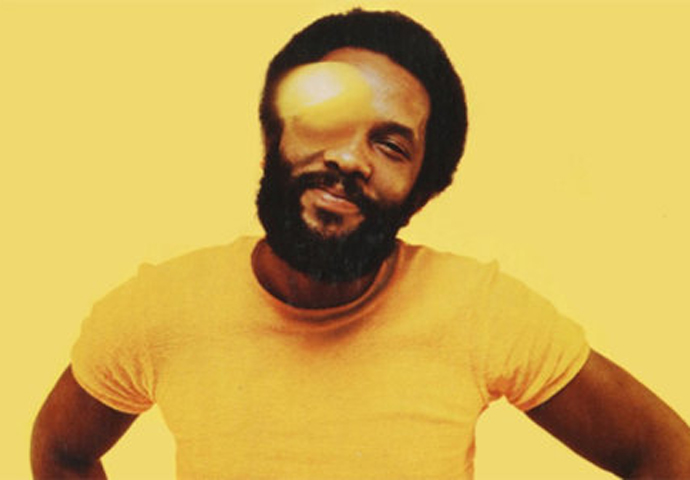 Anyone who has caught the highly recommended film Summer of Soul (and actually Gospel, Blues and Jazz) will have witnessed a youthful Roy Ayers plying vibes with flautist Herbie Mann. He might be older and a touch greyer now, but Roy is one of the handful players in the movie who is still on the road, still pulling in audiences that now span the age range from jazz newbies to jazz-funk vets and those discovered him from the samples of his music that litter hip-hop. He bring his ever-funky show to the Jazz Café on August 27 and 28.

A short overground ride from Camden to Dalston Junction gives you access to two jazz venues that between them offer a broader church than many. The Vortex in Gillett Square is running a full programme, although with socially-distanced seating, table service, no standing and no on-the-door ticket sales. I’ll be there on August 20 for Sean Gibbs, a formidable young trumpeter who is launching his new album When Can I See You Again? which he describes as having “lyrical melodies, hearty grooves and a deep association with the blues”. Note there are two shows: 7pm and 9pm.

Gibbs’ current music is operating very much in the conventional compositional jazz field – and very good it is too – but The Vortex sometimes sails close to the wilder shores of jazz, something it shares with its near neighbour Café Oto. This intimate space is the spiritual offspring of the Little Theatre Club that once existed just off St Martin’s Lane, where fully improvised music flourished in the 1960s and 70s.

To my everlasting chagrin, I once turned up there with a new girlfriend for a “free jazz” gig I had read about in Time Out (back then an inky samizdat-type listings mag), only to bristle when I was told there was an entrance fee. The guy collecting the money told me “free” was a reflection of the style of music rather than the ticket prices. I grudgingly paid and went up the stairs to a tiny, cramped room where, if you were in the front row as we were, you had to duck when the trombone slide came out.

But that night I saw John Stevens on drums, Marc Charig on cornet, the irrepressible and irreplaceable Lol Coxhill on sax, Annie Whitehead on the aforementioned ’bone and the South African Harry Miller on bass, now all legends of that chaotic, short-lived scene.

The girlfriend left after one “tune” (which wasn’t anything of the kind). I stayed. And returned over the next few months. It was usually quite challenging fayre on offer, fascinating, exhilarating and disturbing in turns, but I witnessed some extraordinary musicians – Evan Parker, Howard Riley, Derek Bailey – pushing and breaking boundaries like there was no tomorrow. 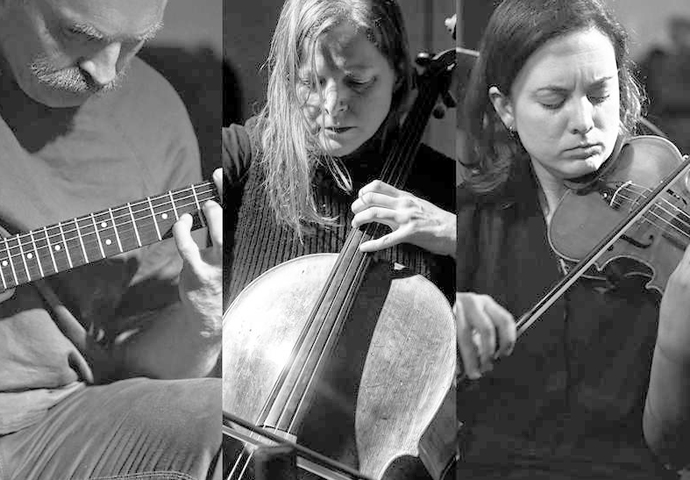 If that sounds like your cup of tea, you might like Ross Lambert (Derek Bailey-style guitar), Ute Kanngiesser (cello) and Jennifer Allum (violin), who between them have an impressive CV in avant-garde jazz and who perform as a trio at Café Oto on August 30.
From personal experience, though, I wouldn’t recommend it as a first date.

• Jazz at the Oxford Tavern: https://jazzattheoxfordtavern.com/