Runners show mud and guts on the Heath 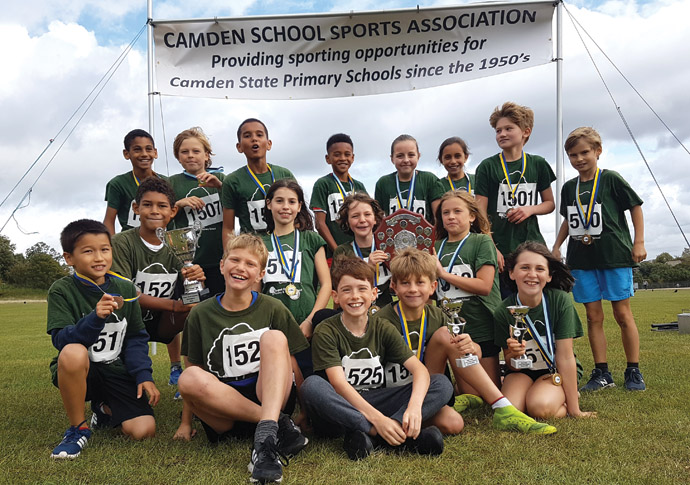 A record 29 primary schools took part in the big race day recently, resulting in over 1,440 children pouring on to Parliament Hill Fields to join in the fun. Pupils in Year 3&4 were faced with a 1km course, while youngsters in Years 5&6 covered 1.5km.

When the mud settled it was the pupils from Gospel Oak School who were cheering the loudest as they were crowned champions, finishing ahead of runners-up Christchurch School in Hampstead. Brookfield School, in Highgate, who had won the cross country event for the previous three years, finished third. 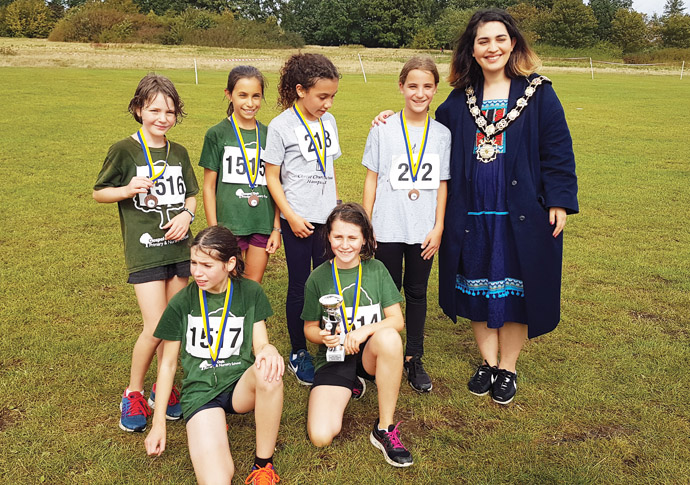 Special guest, Camden mayor Maryam Eslamdoust, showed her support for the event by joining all the boys and girls to hand out the trophies and medals.

Active Schools Officer Ashley Dunne-Watts, who helped organised the event, said: “We had a new record number of schools taking part in the event who gave us great feedback, with some claiming it was the best ever Camden Primary Schools Cross Country. I want to say a huge thanks to the race organisers and Highgate Harriers Athletics Club for supporting us.” 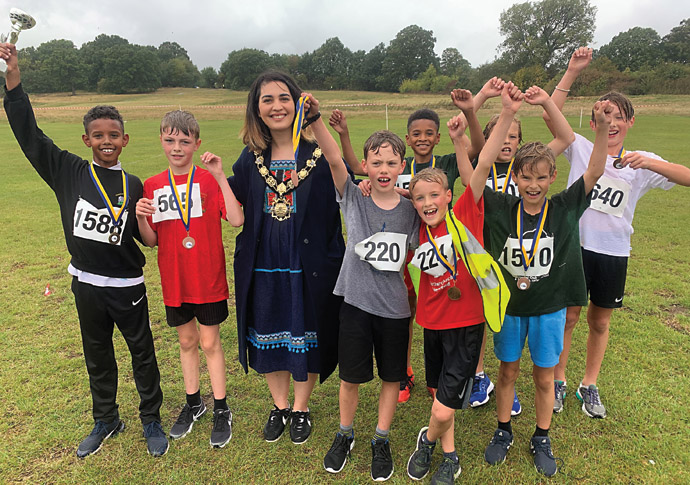 The mayor with top Year 6 boys

The CSSA action is far from over, however.

Next up schools will turn their attentions towards the Tag Rugby Championships, while there will also be netball, benchball and football competitions later this month.