Runner Patrick is a fast-track musician 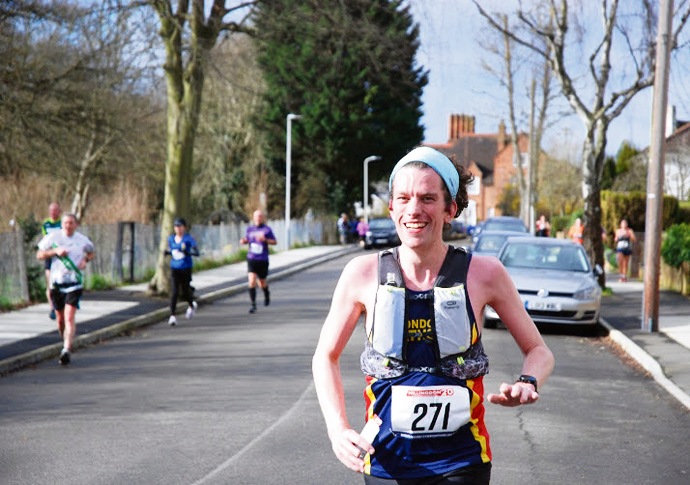 PLUCKY runner Patrick McHugh is certainly hitting all the right notes with his latest challenge.

From 5k parkruns in 21 minutes (and 36 seconds, to be precise) to marathons in around four-and-a-half hours, the 30-year-old actor-musician is no stranger to putting his endurance to the test.

But even he is a little gobsmacked that a somewhat quirky idea he started almost 12 months ago is still going strong.

“I decided during the first lockdown to start learning a new tune on the mandolin by ear every day and filming it to help inspire and encourage some of my friends,” said Patrick, who runs for Finsbury Park-based athletics club London Heathside.

“Obviously nobody knew that almost a year later we would all still be in lockdown.”

Explaining how he goes through his paces, Patrick added: “I find a video or recording of a tune and keep listening to it until I pick it up.

“Sometimes it takes two listens, other times I have to listen to a tune over and over again and it can take a good 20 minutes to get it right.

“So far I’ve covered everything from traditional Irish reels and bluegrass to Nordic waltzes.”

Patrick, who grew up in Brighton but now lives in East Finchley, shares his videos in a WhatsApp group with other Heathsiders from across Camden and Islington. 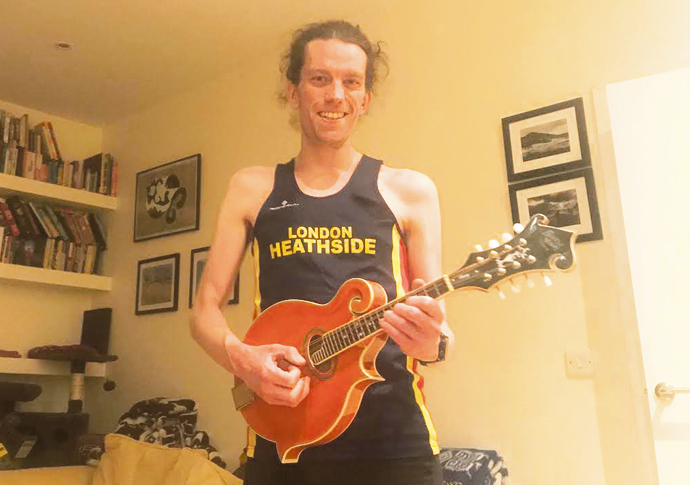 Patrick learning tunes on the mandolin

He continued: “I suddenly realised I had posted over 100 videos, so decided I would carry on and complete a full year.”

With just over two weeks to go before he reaches the finish line, Patrick has marked special occasions along the way, such as playing
O Holy Night and other popular carols over Christmas, and I Wanna Be Loved By You, made famous by Marilyn Monroe in Some Like It Hot, on Valentine’s Day.

And he’s even started taking requests.

“When I completed the Pharaoh Virtual Marathon in November a friend suggested a video of me playing Chariots of Fire. It was really hard because by the time I got home I was so exhausted, but it was good fun, too.

“I also recently had a request to play Woman in Chains by Tears for Fears which was pretty difficult to play on a mandolin.”

Patrick hasn’t ruled out one day combining his two loves by playing the mandolin while running the London Marathon.

Surprisingly, however, he won’t be the first athlete to do so, with reports that someone completed the 26.2-mile course in 2017 while strumming the stringed instrument.

He said: “It was actually nice to find out there are other people out there into niche things like me.”

But for now, Patrick can’t wait for training to resume with his fellow Heathsiders at the athletics track in Finsbury Park and the Royal Free Hospital Recreation Club in Hampstead.

“I’m really looking forward to meeting up with my clubmates again and that feeling of being pushed or pulled along by friends,” he said. “It’s going to be great.

“There have been a lot of anxieties for runners during lockdown, like trying to run at a time when the streets are maybe less busy, and plotting a route where the pavements are wide enough to maintain social distancing.

“It’ll be great to be able to switch off and just enjoy running again.”

• Patrick is completing his Mandolin Marathon to raise money for Martlets Hospice in Brighton. To donate visit: https://www.justgiving.com/fundraising/patrick-mandolin
• You can also check out his daily progress on his Instagram account at @thingspatrickdoes