After a run of disruptive postponements, Hampstead ‘dig deep’ to record memorable victory 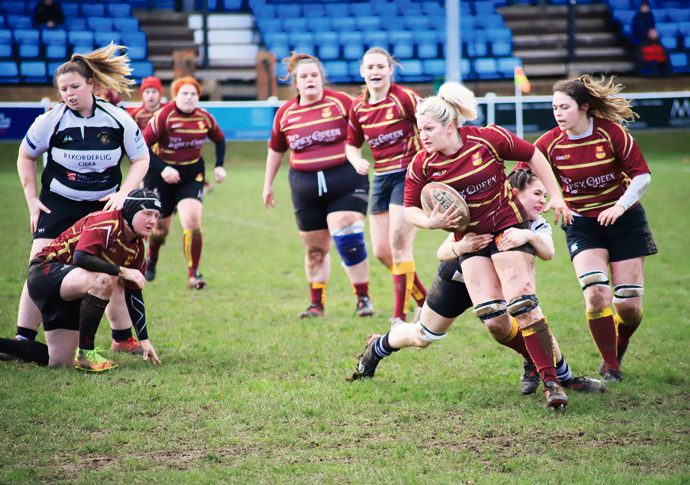 PLAYERS from Hampstead Ladies RFC started the new year on a high with a table-upsetting victory in their first match of 2022.

A tough away day saw the club’s first XV travel to Rugby Lane in south London on Sunday to tackle a Sutton & Epsom side eyeing the title in the Women’s Championship South East 2.

Having won the reverse fixture 41-12, the form guide would have pointed to a Sutton & Epsom victory. But in “a brilliant turnaround” Hampstead came from behind to win a closely-fought contest 20-15.

“I just knew this win was coming for us,” said skipper and fly-half Faye Hamp. “After a run of postponed and cancelled games before Christmas we had some really excellent training sessions.

“We are really gelling as a team but didn’t get to test ourselves when the fixtures were called off, so we were really looking forward to this match.

“It was a brilliant turnaround from our first game against them at the start of the season.”

The pandemic has shone a spotlight on the importance of sport for mental health, and during the breaks in their fixture list Hampstead have been raising money and awareness for Islington mental health charity SANE. 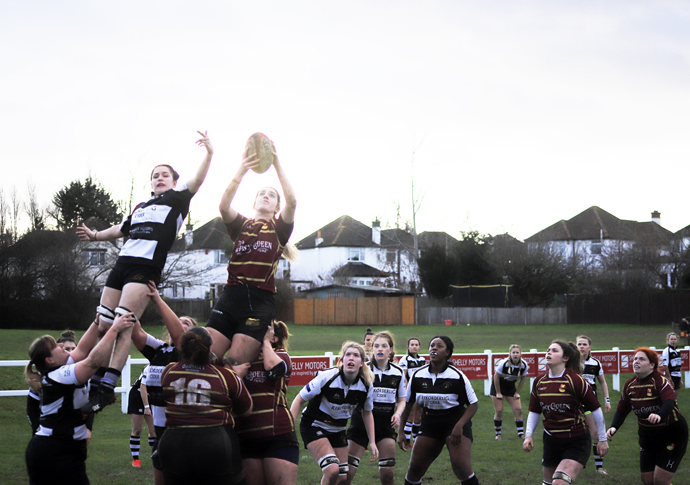 On Sunday, it looked like it was going to be business as usual for Sutton & Epsom when they opened the scoring with an early try in the first 10 minutes. The scores were soon level, however, with Hampstead prop Harriet Orrell going over the line from a penalty five metres out. Strong runs and quick hands allowed the home side to touch down twice more before half-time, bringing the score to 15-5 at the break.

Orrell quickly dotted down once again in the second half to reduce the arrears, though conversions were not forthcoming. The visitors then emptied the replacements’ bench, and the fresh legs proved too much for the hosts to handle.

Scrum-half Mel Wright scored a fantastic breakaway try down the blindside after picking the ball from the back of the scrum on the 22-metre line to tie the match at 15-15. Flanker Caroline Parker-Smith led from the front with dominant tackles that pushed Sutton & Epsom back metre by metre, winning her the “forward of the match” honour.

He said: “After conceding 41 points to them earlier in the year we were determined to put up a hard fight.

“We had the best 22 players available for a long time, and after a yo-yo first half we knew we were definitely still in the game at half-time.

“Our press defence was immense and the scrum was very dominant. The coaching staff were very proud – it was undoubtedly our best performance of the season.”

Hamp, meanwhile, remained humble, adding: “They were an extremely physical side with some real speed on the wing, but we dug deep to grind out a well-deserved win.”