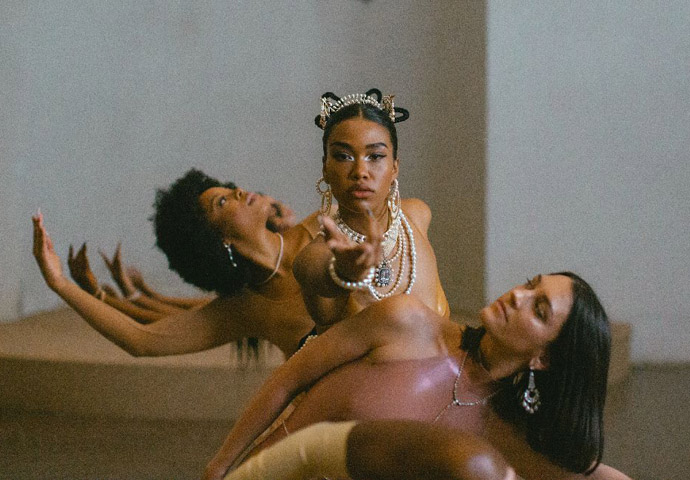 Amber Mark is at Lafayette on August 24. Photo: Wendy Ngala

AS record stores become more precious, Jack White-founded Third Man Records’ new Soho store’s launch is welcome. Opening next month (Sept 25) and designed by White, the Marshall Street shop, which doubles as a small venue – The Blue Basement – is the third such outlet, with sister branches already open in Nashville and Detroit. Expect unusual features such as the Literarium, a token-operated lucky dip book machine designed by Toronto artist Craig Small, and token-operated recording booth, where artists and the public can record their own material straight to vinyl – if I had the voice, I’d be straight down there. And to mark the opening, a series of special new or previously unheard tracks from some of Third Man’s favourite UK artists and some Motown contributions from Detroit, will be released on vinyl, available from the webstore also on Sept 25.

• Immerse yourself in Latin vibes at the UK’s biggest free Latin festival LatinoLife in the Park. The one-day celebration of Latin culture, music and dance takes place in Finsbury Park on August 21. And keep the Latin vibes going at Camden Market’s Gabeto, which has weekly nights for salsa, Latino and Reggaeton.

• Grammy-nominated New York-based singer, songwriter and producer Amber Mark spent the first wave of lockdown in NYC producing a series of home-produced covers and originals titled Covered 19, each accompanied by a home-made video and artwork. See the multi-talented musician at Lafayette on Aug 24.

• After almost two years off the road, Rudimental introduce fans to some of their new records at two shows at Jazz Café later this month (Aug 24-25).

• Snooker player turned cult DJ Steve Davis takes to the decks at The Social on Aug 14 alongside Kavus Torabi. Then, London two-piece Punkband play their debut headline show on Aug 18 promising their live show to be “the most mental thing you’ve ever seen, just unrelenting explosive chaos”, according to frontman Toby Ergatoudis.

• Beans On Toast has as many stories to tell as his vast back catalogue. His latest book, Foolhardy Folk Tales, out now, presents a collection of stories about art, money, drugs and true love, taken from his life experiences. From dreams of escaping small-town suburbia in Braintree to living it up in Texas, blank canvas inspiration to top blagging tips, fantastical tales of robbing Tesco (sort-of) to philanthropic deeds for the Strummerville charity, Beans takes the reader on a tour of his unique life.