Funny and endearing film follows San Francisco car park valet's journey to China, to find his sister and deal with his father 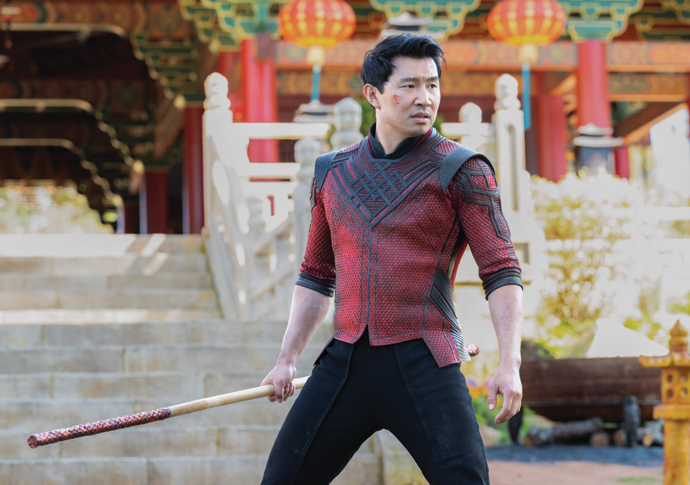 SHANG CHI AND THE LEGEND OF THE TEN RINGS
Directed by Destin Daniel Cretton
Certificate: 12a
☆☆☆☆

ANOTHER week, and what feels like another story from the all-encompassing Marvel Universe that has spread like a blanket over our cinemas.

Shang Chi is a lesser known hero from the comic book stable, but after this outing will no doubt become a familiar face when the Avengers next appear.

Katy fancies herself as a Nascar driver, and to Shaun’s horror, enjoys taking the guests’ cars for a spin. Her motor skills will, of course, come in handy later.

Through back story montages that zip us through the historic landscape, we learn Shaun’s dad is Wenwu (Tony Leung), a god whose power stems from the five rings he wears like bracelets on each wrist. We’re given a quick lesson as to what a bad person Wenwu is – and how his son ran away, leaving his younger sister Xialing: (Meng’er Zhang) in his father’s brutal training camp for ninja warriors.

But such plans to leave his past behind go astray when a gang of toughs attempt to steal an emerald pendant his late mother gave him. Shaun reveals his true self to Katy and a crowded San Francisco bus as a match for armed-to-the-teeth thugs. From here, he embarks on a journey to China to find his sister and deal with his father.

With a cast that marries an endearing sense of seriousness when uttering brilliantly preposterous nonsense with chemistry and first-rate stunts, it’s hard not to be charmed. It has a touch of a Ray Harryhausen epic about it, with a beautifully imagined world and a story that is about love and redemption.

Perhaps we are approaching something of a state of weariness when it comes to Marvel films. To keep up the excitement each has to add another layer of monstrous CGI craziness. Here, the usual kill-the-big-monster finale tips the action from the brilliant to uneasy-on-the-eye chaos.

It’s a shame, because the story is funny and endearing in the typical Marvel Universe way. The kung fu is spectacular, including homages to the Hong Kong films of Donnie Yen and Cho Yan Fat. Look out for the dust up on the scaffolding, or hide your eyes if you get a touch of vertigo.