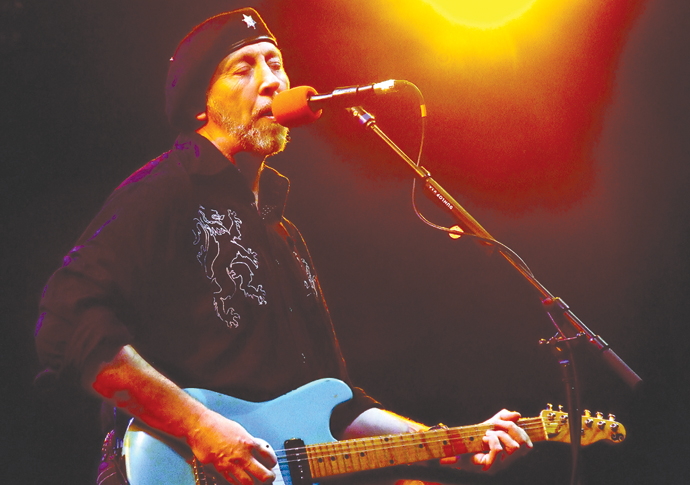 BITTERSWEET memories of Camden in the swinging 60s and 70s are evoked in a new book by the co-founder of Fairport Convention, one of Britain’s best-loved folk rock bands.

In Beeswing, musician and singer-songwriter Richard Thompson, 72, tells the fascinating story of the band, which began performing more than half a century ago. He was just 16 and still a pupil at William Ellis School in Highgate when he first started playing with co-founders Ashley Hutchins and Simon Nicol.

Although eventually becoming a huge international success, and still occasionally performing today, the band suffered much tragedy along the way.

There was the death of popular throaty-voiced lead singer Sandy Denny, aged 31, in 1978 of a brain haemorrhage. More recently fiddle player and singer-songwriter Dave “Swarb” Swarbrick died aged 75 in 2016.

Swarb sings one of my favourite Fairport songs, Now Be Thankful, co-written with Thompson and performed at the Maidstone Fiesta in 1970. (Watch some of Tony Palmer’s film of the concert on the internet.)

It was a song expressing the need to be grateful for life and came a year after a tragedy in which the band’s van crashed on the M1 resulting in the death of two passengers. The driver had fallen asleep at the wheel while heading back to London following a gig in Birmingham. Those who died were drummer Martin Lamble, 19, and American fashion designer and magazine columnist Jeannie Franklyn, who’d been dating Thompson. Thompson was rescued unconscious from the wreckage and suffered broken ribs but admits the mental scars of the crash took a long time to heal.

Today, in an interview with Review, Thompson, who divides his time between California and London, says that he still maintains a love for Camden and particularly Hampstead, where the band began back in the 1960s. He also still owns a house near Golders Hill Park. 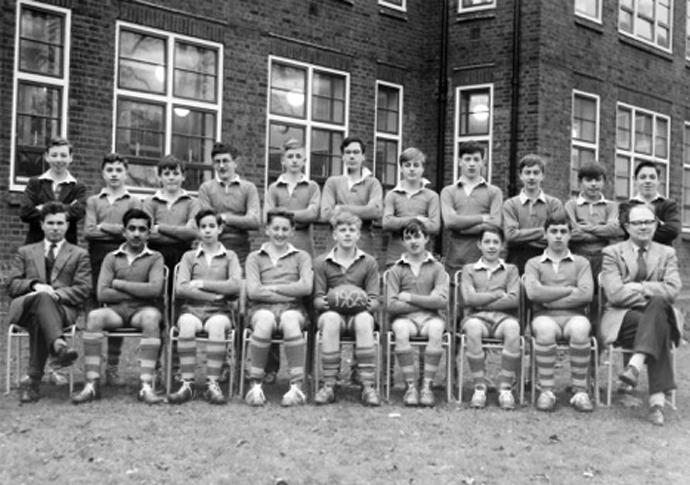 William Ellis school U14 rugby team in 1963 – Thompson is first left in the back row. Photo: Author’s Collection

He was a child when his family first moved in the 1950s to a flat in Dartmouth Park Avenue.

He said: “My father was in the police, and it was a block of flats exclusively for police families, which sounds intimidating, but we were probably extra rebellious because of that environment.”

As a youngster he described himself as shy, with a stutter, and a bit fearful of his Scottish father who was “sometimes drunk and Calvinistic”, Thompson writes. “I never knew when I was going to get whacked.”

However, it was his father, who worked at Charing Cross police station, who first inspired Thompson, through his love for and knowledge of music, particularly jazz. As for rock and roll, the family would visit Hampstead Heath Fair twice a year, where the rock music was cranked up loud from giant speakers as a soundtrack to the dodgems.

Thompson and school pal friend Malcolm Fuller, both from William Ellis, were taught classical guitar by a hippie tutor called Pete, who lived on the Caledonian Road in Islington.

By 1963, now 14, Thompson had formed a band with friends from William Ellis and nearby St Aloysius School, Highgate.

He later played with another school pal, Hugh Cornwell, who went on to perform with The Stranglers.

The name Fairport came from a large house at Muswell Hill owned by the family of the band’s guitarist Nicols.

The early band was first launched at St Michael’s Church Hall, Golders Green. From there it was the Country Club in Belsize Park, the Electric Garden in Covent Garden, and then the Speakeasy on Margaret Street in the West End, where they were sometimes joined on stage by a gifted, friendly young man, soon to become a superstar, called Jimi Hendrix. 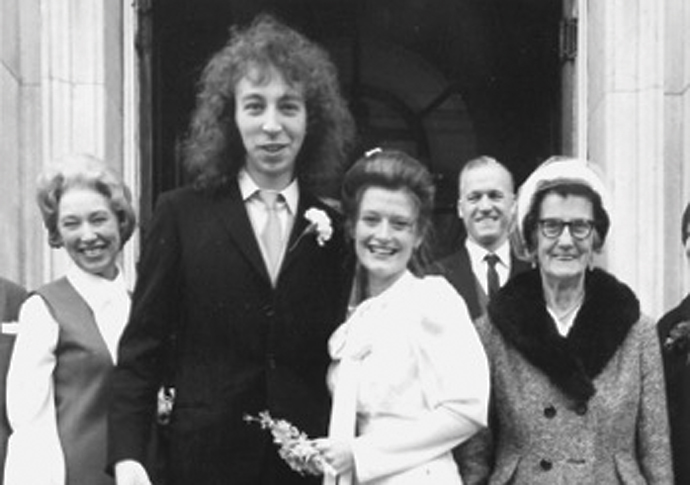 The band went from strength to strength and in 1968 singer Sandy Denny entered the scene.

She had a reputation for being feisty and a brilliant singer-songwriter who would join Fairport after an audition which was more like her checking the band out rather than the other way round.

Denny believed the folk scene was male dominated and sexist. She was also a mess of contradictions, according to Thompson: “She could be side-splittingly funny and then turn on you, screaming, or collapse in tears or hysterics.”

When he remembered Sandy, which was often, he’d choose the funny moments like the ridiculous games of stoned Scrabble, when she’d put down words that didn’t exist and explode in laughter.

As well as writing their own songs, Fairport also studied old and ancient music material. And where better to do their research than Cecil Sharp House in Camden Town, the famous English Folk Dance and Song Society, which was founded in 1932 to preserve, promote and develop the English folk arts?

The band’s first big concert was a 14-hour Technicolor Dream event at Ally Pally in 1967, which included Pink Floyd and Soft machine, and the Crazy World of Arthur Brown.

Thompson writes that as well as music he yearned for a philosophy to help keep him balanced. It was while looking at guitar shops in the West End that he came across Watkins esoteric bookshop near Covent Garden, which has existed for more than 100 years. It was where he purchased books on Zen Buddhism and later Sufism, which was to become a big interest. His very first meeting about Sufism, an offshoot of Islam, was in Belsize Park.

“In Hampstead you could see Peter O’Toole striding down to the tube station or run into Judi Dench in the greengrocer’s.

“I often saw Peter Cook buying his paper at the newsagent’s. He would routinely ask, ‘Who the hell are you then?’ to which I’d mumble my name, and some excuse for living, and say how much I enjoyed his work.”

Thompson would soon leave Fairport to form a duo with Linda, which would last for 10 years until their marriage ended and they separated. These days he performs mainly solo but will be playing at the annual Fairport Convention musical gathering at Cropredy in Oxfordshire on Saturday, August 14.