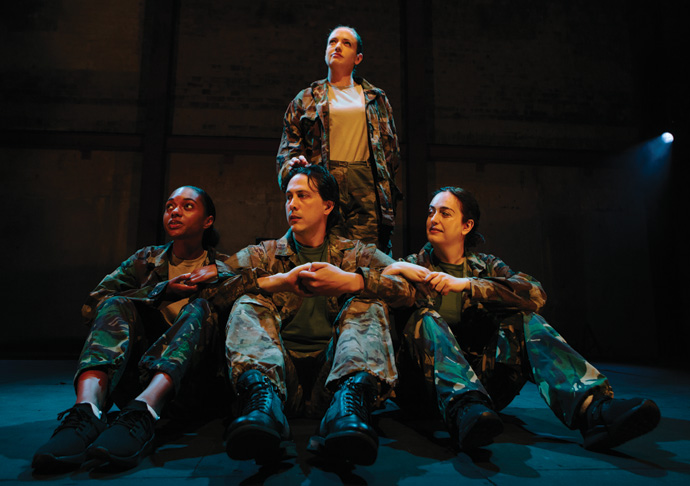 BIANCA Bagatourian’s bio-drama traces the landmark events that helped shape the philosophy of Howard Zinn, the American author and civil rights activist, who died in 2010.

His anti-war views were kindled during his time as a bombardier in the Second World War, particularly the needless dropping of napalm on the French town of Royan. In order to counter the narratives spun by political elites for their own ends, Zinn advocated reframing historical events from the perspective of ordinary citizens.

He railed against those in power who exploited nationalism; he believed civil disobedience was the best form of patriotism. As an academic, he practised what he preached and was fired by one university for supporting student protesters.

Director Ché Walker allows the action to unfold on a bare stage, heightening Zinn’s words and thought. A diverse and talented ensemble pepper his reveries with personal anecdotes and snatches of song.

The current resonances are clear. Bagatourian includes a sketch of Trump and his obsession with “fake news”. As Zinn surely would have, she aligns Trump’s inflammatory rhetoric with that of past presidents who instigated gratuitous conflicts.

Due to unforeseen circumstances, on press night Martina Laird stepped into Daniel Benzali’s shoes and gave a remarkable on-book performance as Zinn with just a day’s rehearsal.

Catch it while you can.