Sea serpents, UFOs and tsunamis in exhilarating study of love and loss 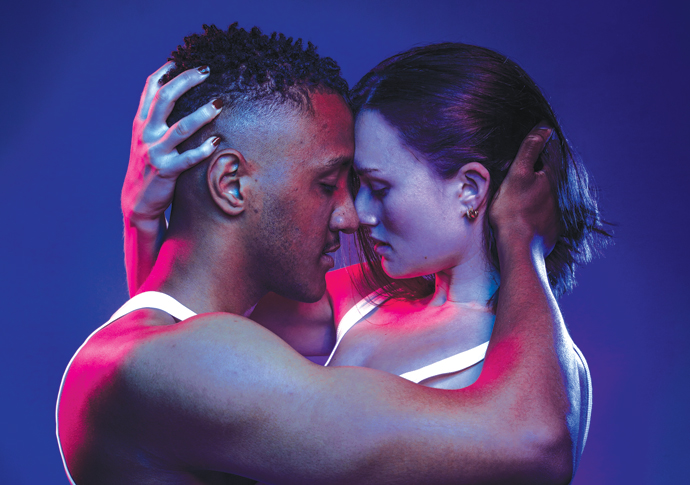 PHILIP Ridley and director Max Harrison first worked together on their acclaimed production of Moonfleece in 2018. The cast included Jaz Hutchins and Adeline Waby.

They have reunited for this exhilarating production of Ridley’s play, Tender Napalm, a layered, fragmented study of love and loss. Harrison’s 10th anniversary revival perfectly conveys Ridley’s themes – the rawness of grief and the visceral energy of sexual desire.

Two lovers (Hutchins and Waby) appear to be on marooned on a desert island together. Are they shipwrecked or there by choice? It’s initially unclear. He aspires to be a hero, she claims to be a queen.

Over the course of a hallucinatory 70 minutes, we learn that the pair have loved each other and suffered a terrible loss.

As they fight for oneupmanship, reunite and recall their first meeting, they create a strange, mythical world of sea serpents, UFOs, tsunamis and unicorns.

Through highly stylized, physical performances, sinuous language and rich imagery this two-hander explores the highs and lows of an explosive romantic relationship from the first kiss through the hurt of betrayal to rage and despair.

Their island, we realise, is more emotional than physical; a refuge, perhaps, from grief.

Hutchins and Waby work well together. They convey the various changes in their characters’ emotional register, from awe to pain, with remarkable fluidity as they hurtle round the stage. This is fast and furious theatre that lingers in the mind long after the actors’ final bow.