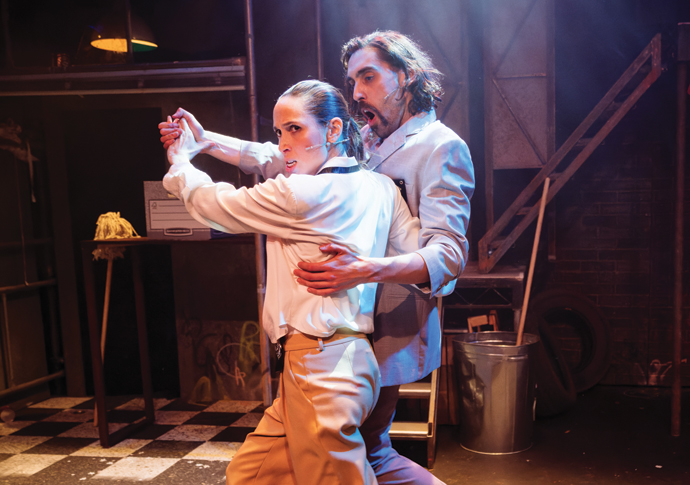 POLICE Cops the Musical opens with a deliberately crass high-school play that unfortunately sets the tone for the rest of this intermittently funny show. It plays on the homo-eroticism of many American TV cops show from the 1980s but never goes beyond parody.

Shirts are ripped off with abandon, the men display their muscled chests on numerous occasions or parade around in Y- fronts, until the show feels like the male equivalent of a bodice ripper. Not surprisingly, the visual gags quickly pall.

Jimmy Johnson (Zachary Hunt) wants to be the best cop ever. He manages to persuade retired cop, Harrison (Tom Roe), to accompany him on one last mission. Nathan Parkinson plays both cop boss and supreme villain. 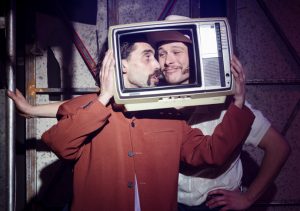 Inevitably, given it’s set in the US, they end up in Mexico. The two talented female performers (Miztli Rose Neville and Andrea Nodroum) are given various bit parts, but are woefully underused. Their skit as ponies is particularly funny and their musical numbers (composed by Ian Coulter) are the most memorable.

Police Cops plays to the audience and the pace is hard and fast. The improvisational feel and roughness around the edges are clearly intentional, but there are too many silly jokes – many involving mops – that miss the mark.

This two-hour show might have worked better if it had been half the length. The cast’s energy never flags, and designer Rhys Jarman’s two-tiered utilisation of the space is impressive, but the evening lacks substance. It feels like a series of sketches and after a while, the gags, comic routines, filmic and music references felt repetitious, rather than spontaneous or inspired.

Still, the anarchic humour is the perfect antidote for those wanting to escape the ubiquitous Christmas panto and hopefully some of the flaws will be ironed out during the run.