A devastating event is the trigger for Tim Finch’s second novel. Lucy Popescu revels in both its poignancy and its humour 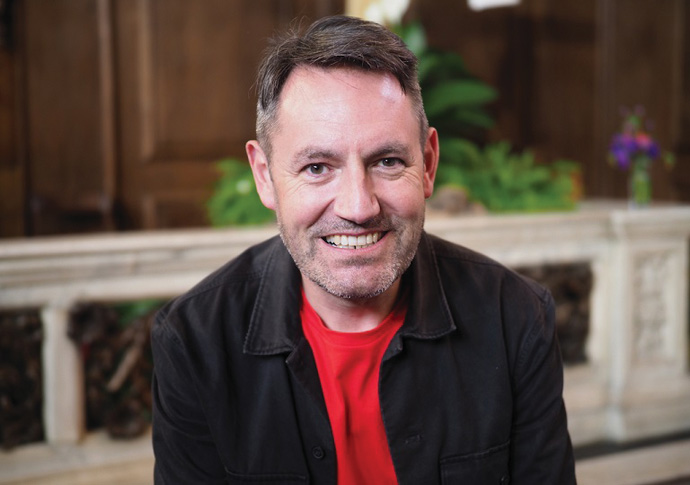 IN Tim Finch’s second novel, Peace Talks, a Norwegian peace negotiator is coming to terms with the loss of his English wife, while chairing high-profile talks in a mountain resort in Austria. As he facilitates sessions between the two “warring” sides, Edvard reflects on his past with Anna and tries to find some inner calm.

Finch says his starting point was to explore how one man – “similar in age and outlook to myself” – might deal with circumstances, personally and professionally, after having faced a devastating event.

“Sebastian Barry said recently that in his experience writers don’t have ideas for novels or if they do, they don’t write very good novels. I agree with that. You don’t start a novel from the premise that it is ‘about’, say, Brexit or Donald Trump. These things might be in the background, but every novel is really a reflection on the human condition, which is much more interesting than tackling this or that issue,” Finch says.

Finch has worked for the BBC, the think tank IPPR and for many years in the refugee sector. In his novel he describes a scene where Edvard and Anna host a refugee for two months and are hugely relieved when he leaves and they get their own space back – they triple their donation to a refuge organisation to assuage their guilt.

“I’m attempting to explore the notion of the ‘good’ person,” Finch reveals. “Edvard is generally regarded by family, friends and peers as a good man, partly because he is a fundamentally decent individual, but also because he is doing ‘good’ work.” 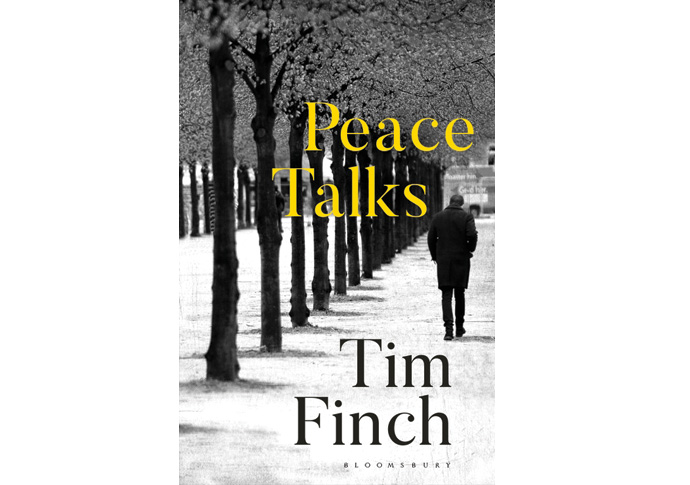 However, he adds, “People who work on refugee issues are no better or worse than any other people, bankers or footballers or whoever. It was important to me to show that Edvard and his wife Anna were deeply flawed, as we all are. That seemed to me to be something that might happen with well-meaning people. I don’t think it reflects badly on them.”

Anna had been a distinguished consultant psychiatrist and as Edvard looks back over their life together, he reveals how well suited they were. Peace negotiators operate like counsellors, he realises, both have to listen, bite back their opinions and remain largely silent.

Finch admits he is fascinated by diplomats and civil servants: “How do they maintain such restraint when the people they are dealing with are despicable or preposterous and are talking such self-serving nonsense? I imagine inside they are seething but they channel this internal rage towards the long-term goal of conciliation, consensus and an achievable outcome. They are the proper heroes, not the loud-mouthed politicians and commentators – as we are appreciating now during this crisis.”

Many believe in the five stages of bereavement, first proposed by Elisabeth Kübler-Ross. Finch says he did not draw on personal experience but simply tried to imagine what grief would be like for Edvard, which, he believes, is the primary task of the novelist. He really gets under the skin of his protagonist and writes poignantly about Edvard’s emotional state as he oscillates between the anger, isolation and bargaining stages. In a neat flourish, we are given Edvard’s reading list in the final chapter.

Although predominantly meditative there are several light-hearted episodes. In one chapter, “De Vries in Den Herren,” Edvard ponders German toilet bowl design, cleaning methods and describes the delegates’ furtive behaviour in the communal gents. Even in this momentary lapse into scatological humour, he manages to say something profound about the nature of love.

Peace Talks is a poignant read, full of emotional truth with some unexpected humour along the way.