Review: Best of Enemies at the Young Vic Theatre 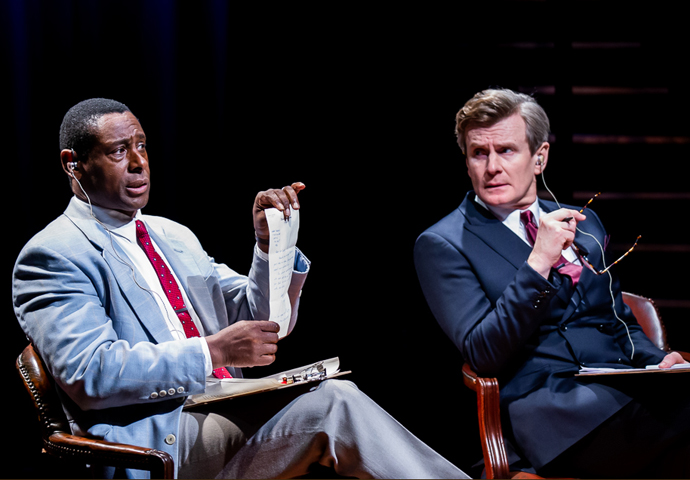 James Graham’s compelling and provocative play explores the intersection of the media and politics in 1968 America. It’s election year and the TV network ABC decide to launch a series of political debates to shore up their viewing figures. The two men chosen to pit their wits against each other are white conservative William F. Buckley Jr (played here in colour-blind casting by David Harewood) and the liberal Gore Vidal (Charles Edwards).

In a radical move, ABC allows the clash of these intellectual titans to go out live and unscripted. Set against the backdrop of widespread opposition to the Vietnam War, Buckley and Gore are employed to cover the Republican and Democratic conventions in Miami and Chicago and discuss the pressing issues of poverty, inequality, empathy and freedom.

These early televised debates were intended to make people listen to each other. As Graham suggests, the opposite is now true — charisma and entertainment are more important than the quality of the argument.