The housing benefit system is a scandal, benefitting the rich and penalising the poor, according to a new book by barrister David Renton. And, he says, the lockdown has not exactly helped 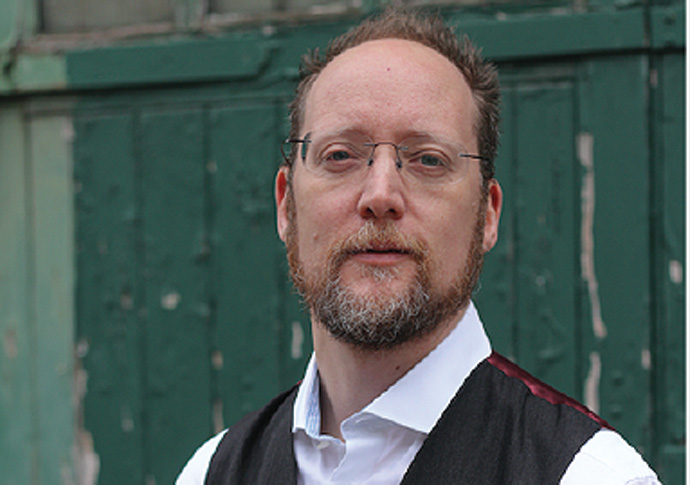 And the scandal of the housing benefit system, and how it also subsidises the shareholders of big firms who pay low wages, is an example of a broken system offered in a new book by housing and employment law by barrister David Renton.

In Jobs and Homes: Stories of the Law in Lockdown, he uses the past year as a basis to consider cases that highlight how poorly thought out, ideologically driven policies create a crisis.

“By January 2020, I had represented workers and tenants in the employment tribunal and civil courts for more than a decade,” says the barrister based at Garden Court Chambers in Lincoln’s Inn.

With a background in history and politics, David brings an understanding beyond legal arguments. He considers the growth of employment and housing law. It makes the case studies he uses powerful, and shows that things do not have to be this way.

It is argued that access to law is as important a plank of the Welfare State as health or education – but has been severely hampered by changes to legal aid and the growing demands for redress as private landlords and housing associations act as if they are in a war of attrition with tenants they view as “problematic”.

“Millions of lives are shaped by laws such as one that provides for a national minimum wage,” he states, as well as others outlawing discrimination and unfair dismissal. While, he says, only a few disputes make their way to court, the judgments passed affect us all.
From his place in court, David has an unobstructed view of how society works – or doesn’t.

Charting the damage Thatcherite policies dating back 40 years caused, he writes: “Around 3 per cent of all government spending each year goes on subsidising the rent of people whose salaries are so low they cannot afford to remain in their homes without help.

“Such benefits are not kept by tenants – it is retained by their landlords. The housing element of universal credit enables the tenant to sleep in a home and not on the streets.

“It is better that it exists than if it was withdrawn. But if, as I have read, a universal credit payment note saying the recipient will be paid £409 a month to cover their food, bills and every other expense, while their landlord would be paid £2,595 for rent in the same period, it is clear that the purpose of that benefit is no longer to protect the tenant but rather to subsidise the landlord and to sustain house prices.”

This also means the shareholders of multi-billion-pound companies are drawing dividends subsidised by your taxes. By paying low wages, their employees are forced to asked for help.

David discusses the rising cost of renting, saying that between 2002 and 2015, the average wage earned by a person renting increased by 2 per cent – while rents rose by 16 per cent. And here is where a further dislocation occurs, one that adds more weight to the already loaded scales between the well-off and the poor.

“The average mortgaged household presently spends less than one eighth of its income on housing; the average renter in household spends more than a third. Many of my clients pay more than half,” he states.

David presents this portrait of a staggering system as a prelude to what is about to unfold – and he illustrates the terrible effect the past year has had. Part polemic, part memoir, and part a court record, David has chronicled the past year using a month-by-month framework.

He recalls how on March 5, a date that marked the UK’s first Covid death, David was representing a tenant who had lived in the same house for 30 years. For the past 18 months, mould had grown on walls and the boiler was broken. Her health had suffered and, to compound matters, the newly imposed bedroom tax meant she had to find an extra £120 a month.

What follows is a take-down of this poorly conceived, blunt and discriminative tax.

David argues the tax assumes “it is appropriate to force working-class people to move when their children have left home” in circumstances where middle-class people would not. Statistics show the number of bedrooms in the UK has increased by a third since 1971, while the population has risen by 9 per cent. It shows the reason we are still “room poor” is because numbers of people per household has declined.

“I am not suggesting that owner occupiers with spare bedrooms should be driven from their houses,” he writes. “I am simply pointing out the double standard under which the government did nothing to solve under-occupation, did nothing to encourage owners to share their homes, but took steps to evict poor families.”

A layer of malice was added by judging how many rooms a family should occupy, an unwieldy tool that fails to consider individual circumstances, while it also assumes there is somewhere else people could move to.

“The bedroom tax works by reducing a tenant’s housing benefit to the point where they are compelled to move,” he says. “But if moving is impossible, then what remains is the deliberate insistence that the poor should go hungry or lose their homes.”

David describes how the effect lockdown had on jobs. Part-timers were sacked, zero-hour contracts meant staff had no shifts, and the self-employed saw work disappear over night.

Above all, Jobs and Homes strips away the mystique of justice and illustrates how the law should be about helping people solve their problems.

David presents a powerful story of how legal aid lawyers work to balance the scales of justice tipped unfavourably against those most in need, and how our current approach to the Welfare State means his huge caseload isn’t going away.

• Jobs and Homes: Stories of the Law in Lockdown. By David Renton, Legal Action Group, £20