Release all the documents: After Grenfell and Chalcots, we must have transparency….

Residents must be involved in the investigation into what went wrong at evacuation towers, says Sian Berry 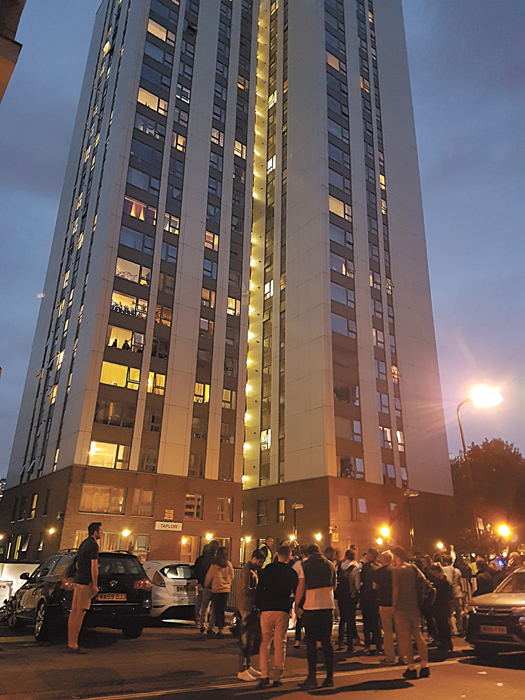 I have rightly praised Camden Council for its efforts to support residents during the Chalcots evacuation. The contrast to how the community in and around Grenfell Tower have been treated, which I have also seen first hand, could not be greater.

Although Chalcots isn’t in my ward I feel, as I know all the councillors who were helping at the Swiss Cottage relief centre do, a duty to help the residents there as well as a duty to the people in my ward who live in our estates who have questions about their own safety. This is of supreme public interest now. I told the council meeting on July 3 that only full transparency from Camden and its contractors is acceptable.

This means releasing all documents relating to Chalcots and fire safety, including the previous risk assessments and any work that had been recommended, carried out and planned. More than a week after the council meeting, where promises were made by the leader, this has still not been done. Full transparency also means publishing the London Fire Brigade’s advice on the day of the evacuation.

Confusion over this worried me hugely as it led to a number of Chalcots residents moving back into their unsafe flats. To regain confidence in Camden fire safety we need a proper independent review of what happened and the mistakes made. I’m glad the New Journal has called for this and that the council has something like this planned. But this review must resident-led, especially in its terms of reference, the evidence it collects, and the agendas for meetings.

As part of the review we will also need to see documents from the original sign-off of the work done inside and outside the blocks and details of all relevant fire safety issues that were raised by residents in the years of the PFI. Publication of all council home fire risk assessments online was recommended by a London Assembly housing and planning committee report after the Lakanal House fire in Southwark in 2009. Some councils have taken this policy up but Camden has not.

New policies to involve residents more fully in running their estates must also come out of this. I have heard the word “reassurance” far too much. What residents need is not reassuring words and a pat on the head, but information and involvement in deciding what happens to their homes. This is long overdue.

In 2015 the housing scrutiny committee ran an investigation into Better Homes, major works, repairs and maintenance in the borough. I helped Highgate residents bring evidence to this following major lapses in communication and quality of work on the Whittington estate. My report to the investigation included recommendations made by previous Green councillor Maya de Souza in 2012.

Most of these – particularly on communications – haven’t yet been taken up. My written question for the last council meeting remains unanswered because of the revised agenda. I had asked for public debate on an upcoming cabinet decision for how to run future regeneration and council home building in Camden, which could include giving a 50 per cent stake in our projects to a single big developer.

“Inclusive public discussions about this” were promised in a statement by Cllr Phil Jones in May, but a final decision is still set for September in the forward plan with no public consultation yet announced.

I hope we will see proper public debate now on this huge decision with real relevance to the problems that have been exposed at both Grenfell and Chalcots.