He ran popular shop for 28 years 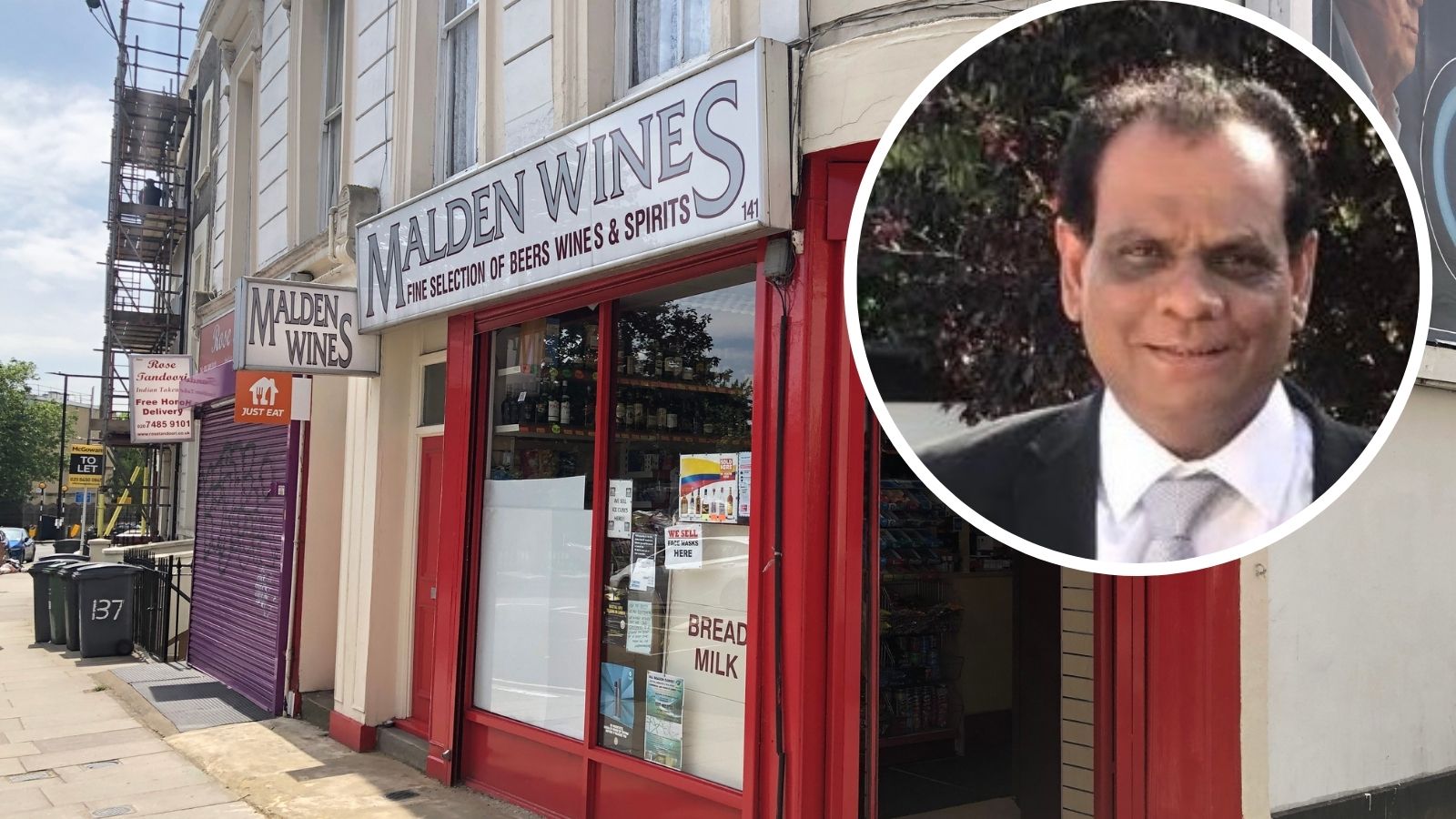 A POPULAR shopkeeper known by many as “Queen’s Crescent’s agony uncle” has died aged 55.

Rak Patel, who ran Malden Wines in Malden Road, was loved, trusted and relied on by customers for his gentle wisdom and friendly words of advice.

He was born in 1966 in Karamsad, India, where his family ran a clothing firm. When the business fell on hard times, Rak came to London to work with cousins and support his family.

He arrived in 1991, and his first hour got off to an inauspicious start: as his relatives greeted him at Heathrow, a thief stole his bag.

Inside was his passport and, more importantly, a treasured photograph of his parents. Rak had a brilliant memory, and knew his passport number off by heart – helping police to reunite him with his possessions.

Inside the bag, found in a dustbin, was the photograph.

After settling in the capital, Rak was introduced to Dipti, the woman who would become his wife.

His sister had spoken to Dipti’s brother over a possible match, and they arranged for the couple to meet.

They began courting, and in the pre-mobile phone days would always meet under the same tree in King’s Cross at the same time every Sunday afternoon.

They fell in love and had a son, Hitu.

To this day, whenever the family drive through King’s Cross they will point out the tree which marked the beginning of their new family.

Rak’s cousin, Bill Patel, runs Bill’s newsagents in Queen’s Crescent, and in 1993 when he heard of a local shopkeeper who wanted to retire, he suggested Rak get in touch with him.

The shop had been run by an older Irishman and the store was full of cats who had made their homes amongst the shelves and stockroom. Rak took over Malden Wines 28 years ago.

He got to know everyone who came in. He listened to people’s problems and did what he could to solve them.

If someone was unwell, he asked them what they needed and made sure they got it.

He remembered children’s names, gave lollipops and drinks away, let customers pay what they could, offered support to teenagers, and created a truly welcoming atmosphere.

Rak knew who was struggling and went out of his way to help. He knew who had medical issues with drinking, and would offer support and encouragement – and would gently explain why he would not serve them alcohol.

Many would come in for practical help, and he signed hundreds of documents as a witness, or to confirm ID.

Rak was a cricket fan and followed Surrey and the Indian national side.

He would go to the Oval and Lord’s, as well as travelling across the country to watch matches.

His first love, apart from friends and family, was eating at a range of north London Indian restaurants, his favourite being Lowry Spice in Kingsway, Holborn.

Rak was diagnosed with cancer two years ago, and when he was unwell he would ask his family to pass on his regards to the friends who came in each day who he could see on CCTV from his flat upstairs.

He did not want people to know he was unwell so they wouldn’t worry.

He supported Arsenal, liked to talk football, and loved listening to Bollywood Radio, the sounds of which would often fill the shop.

Hitu told the New Journal: “One thing Dad always said was it didn’t matter if you had wealth or not.

“He said none of that matters – what life is all about is how you communicate with other people. That is the most important thing.”