Queen's Crescent wavy line: ‘It's meant to look like that…' 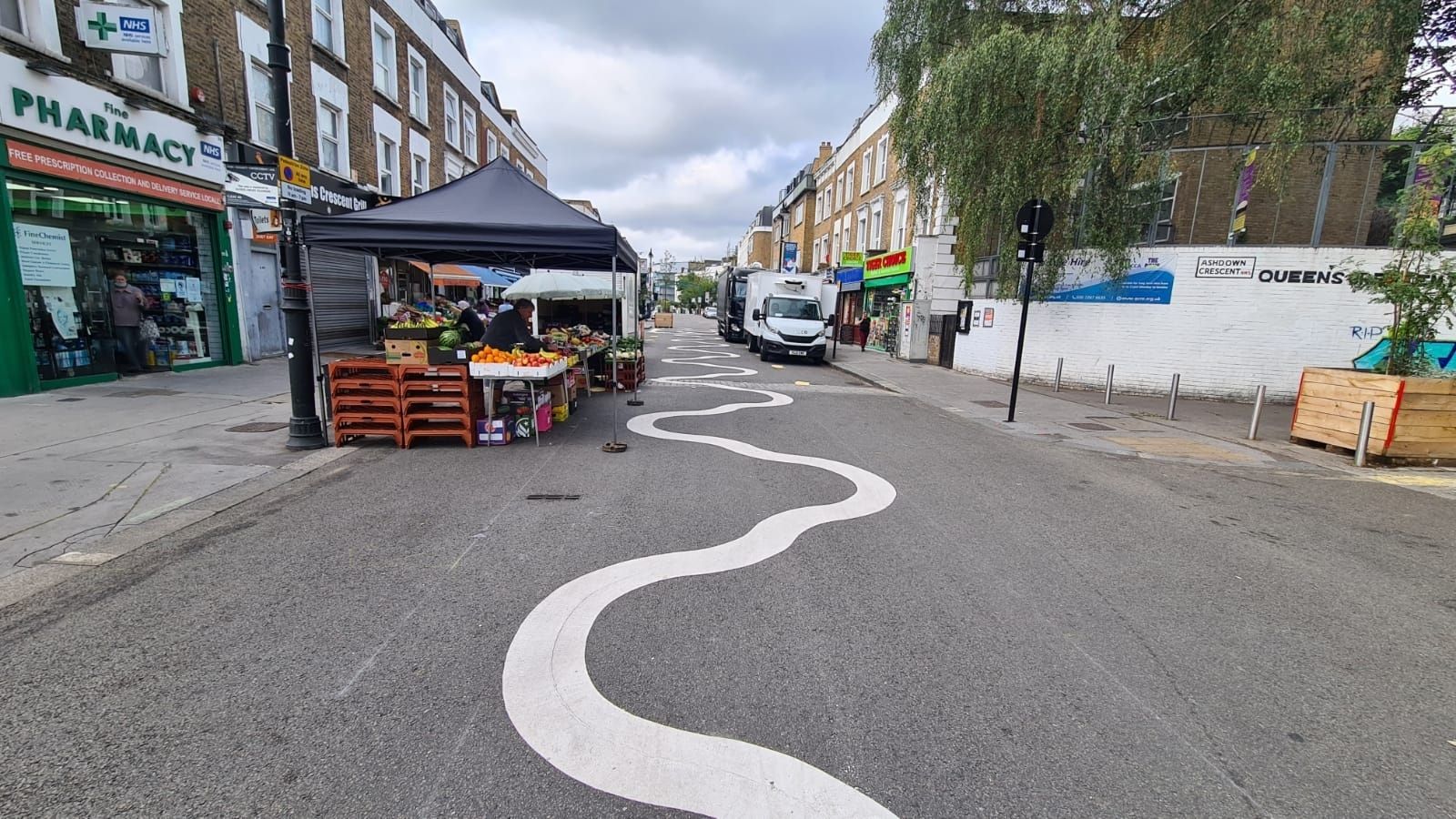 The wavy line in Queen’s Crescent

AT first glance, it looks like the work of a road painter who might have turned up to work still suffering the effects of the night before.

But in fact the wavy slaloming white strokes painted along Queen’s Crescent are intentional.

A Camden spokeswoman said they are the initial part of an artwork project whose progress was interrupted by the rain – a bit like the summer cricket at Lord’s. The ground needs to be dry for the paint to be absorbed.

The Sir Hubert Von Hermoker Arts Foundation, which is doing work with young people in the area, will be adding to it next month.