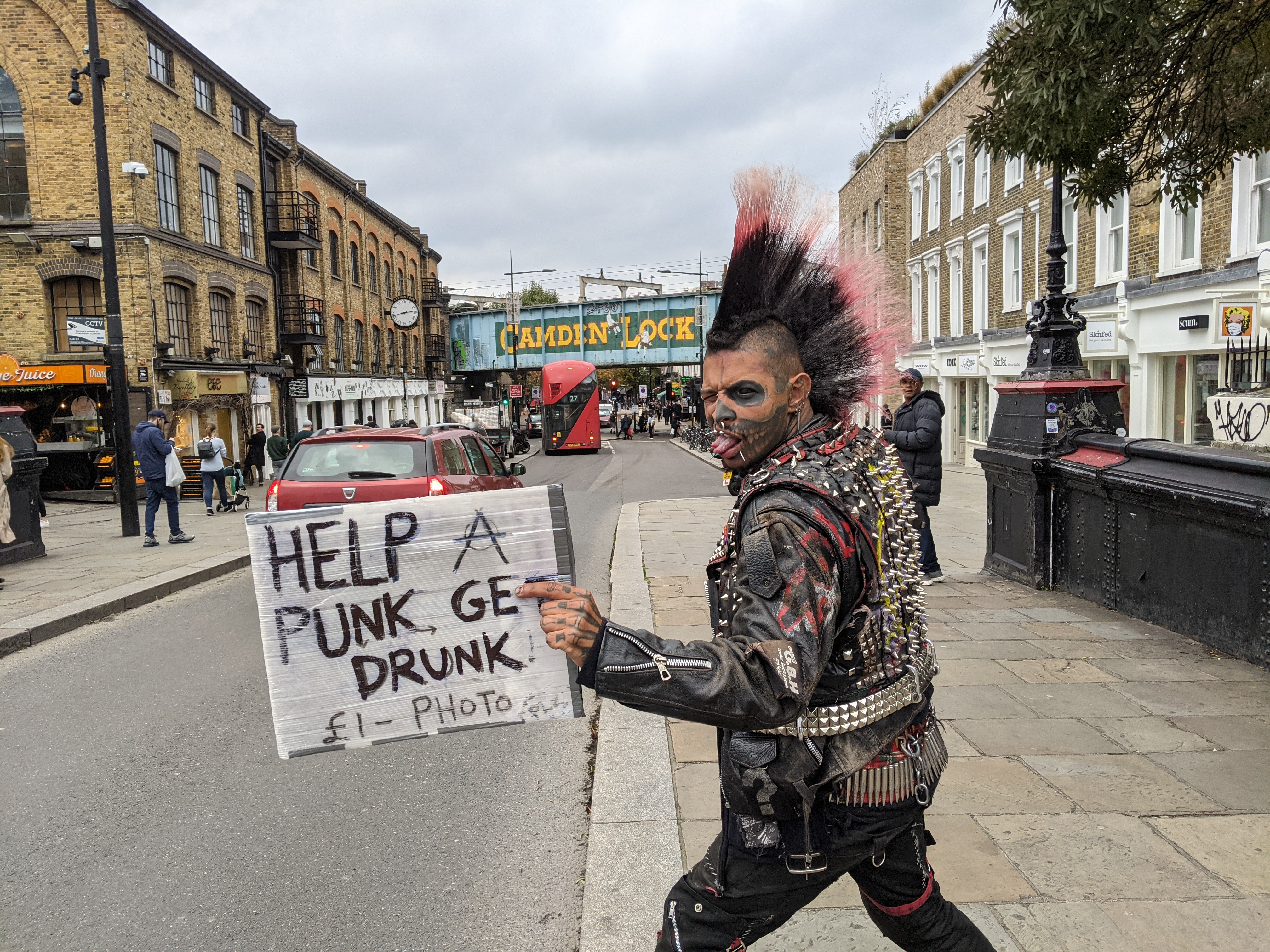 PUNKS say they are being “banished” from Camden Town.

Anderson Garcia Rodrigues – known as “Zombiepunk” – is one of a small remaining group who have been told to move away from their historic spot on the Lock bridge at weekends.

The punks – who request £1 for a photo from tourists – have been handed dispersal notices over recent weekends, forcing them to leave under anti-social behaviour legislation.

Mr Rodrigues told the New Journal: “I’ve never had any problems up until now. I’m well loved everywhere I go, and as Zombiepunk I am often referenced when it comes to Camden Town.

“But for the last two months, police officers are making excuses to banish me from the whole neighbourhood – and not to stay on the bridge. The last two weeks, every time they see me they come and get me.

“They say I’m not allowed in all of the high street, like it’s all of Camden Town.

“This is my life. Before I die I have to keep the punks in Camden. I am reliving the local punk rock movement, bringing tourists back to Camden Town.

“I don’t understand how I can look so bad to some when I am much admired by others.

“I don’t want to cause any harm and I just want to feel the authentic energy of the United Kingdom. I want to be part of it and build and make history.

“I want to rub it in the face of the world that the punks did not die.”

The punks on the Lock bridge hark back to a golden era of Camden Town when its markets and music scene were the envy of the world.

Mr Rodrigues said: “All the tourists who know me and like me, know how much I help the place be more attractive and smart. I want to have the support of Camden Market.” 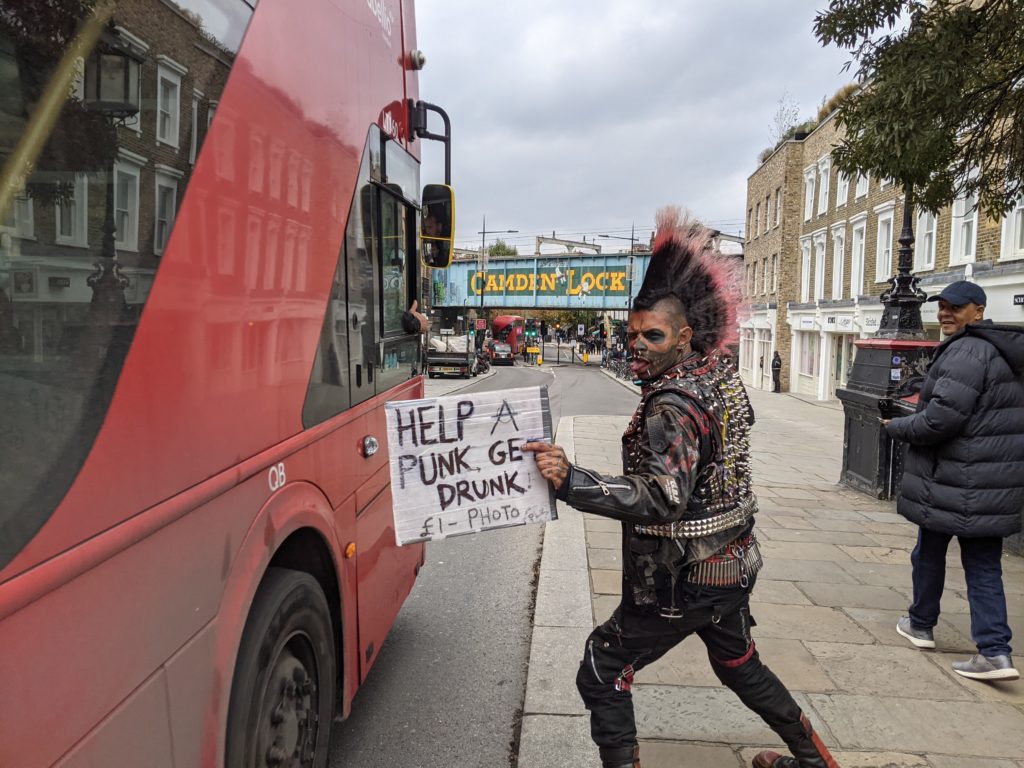 Mr Rodrigues, who lives in Kentish Town, goes to the Lock bridge in Camden High Street every day at 9am with his “Help A Punk Get Drunk” sign.

He has been photographed thousands of times by tourists whose donations are pooled by all the punks on the bridge at that time.

While Mr Rodrigues may appear scary with his bold zombie tattoos – and bifurcated tongue – he insists his look is popular with children.

Last November, he raised concerns that he was part of a dying breed of punks in Camden Town, with just a handful remaining. The numbers were badly affected during the lockdown that wiped out the tourist trade in Camden.

Speaking last year, Mr Rodrigues said: “I stay on the bridge as I don’t get to work really, because people don’t want to give work to people with too many tattoos like mine.

“Some see us as violent or horrible people, but we are non-scary punks of Camden Town – we are part of the history of London.
“Kids love me, and babies like punks because of all the colours.”

The Met would not comment on whether Mr Rodrigues was being specifically targeted by the police.

A statement added: “A dispersal order was issued for the Camden Town and Primrose Hill areas at 18:00 hours on Friday, 15 October. It expired at 18:00 hours on Sunday, 17 October. It allowed police to direct a person committing or likely to commit anti-social behaviour to leave an area for 48 hours.

“The order was authorised following a recent rise in reports of rowdy behaviour, street drinking and noise complaints.”

The petition “Help Zombiepunk” can be found on the Change.Org website.