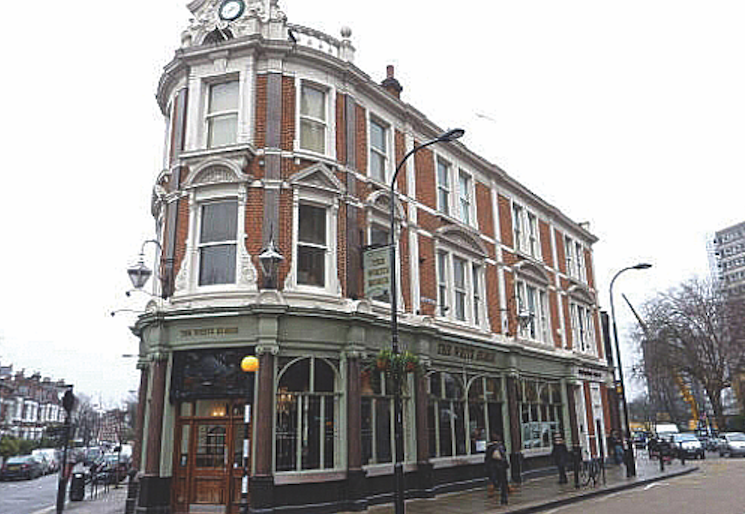 A PUB and restaurant group known for upmarket wine tastings has taken over the White Horse pub in South End Green – ending fears that the historic pub will be closed for good.

The pub has been bought by Gresham Collective, a company that runs pubs, bars, restaurants and hotels. It will re-open under its “Cork and Bottle” brand. Managing director Will Clayton told the New Journal: “We think the location is perfect. We’re confident that the people who work and reside in this part of Hampstead will really appreciate what the Cork and Bottle brand can bring to the area”.

The White Horse, on the corner of Fleet Road and Agincourt Road and commanding views across South End Green, had long been a favourite for staff at the Royal Free Hospital and residents of the area – but has had a stop-start history in recent years.

It shut its doors in 2013 before reopening briefly in 2014. Just a year later it again closed for a refurbishment and opened once more in November 2015. It closed last July and was briefly squatted until steel shutters were locked over its ornate windows.

Gresham says it has major changes planned for its layout – but will protect its fabric.

Operations director Steve Catchpole added: “Obviously there has to be change if we’re going to make this work for us and our future guests. Not wishing to spoil the surprise, I can say that there will be significant changes to the interior layout. However, we recognise that this old pub has some really nice features and we will be trying to keep what we can.”

Hampstead Neighbourhood Forum chair Janine Griffis said: “It is in a prominent spot in one of our town centres and it has been rather forlorn for many years. It will be wonderful to see it open once more – it is a beautiful pub with a fantastic interior.”

The pub is set to re-open at the end of September.