Provide havens for women in danger, retailers are urged 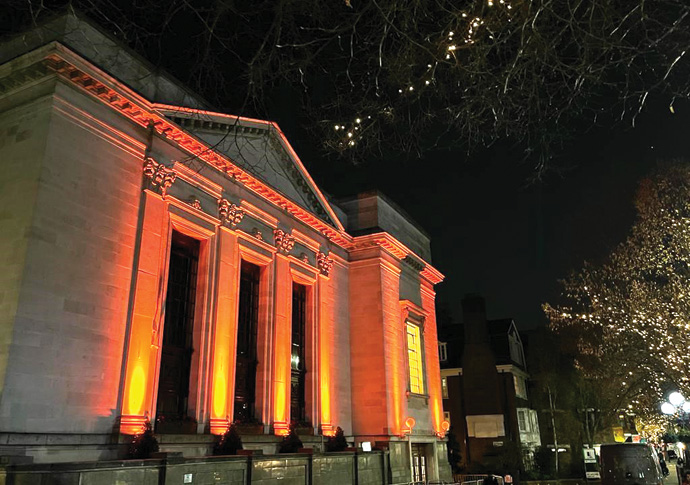 BUSINESSES will be urged to play their part in stopping violence against women and girls by providing safe havens.

The council wants traders and public premises like libraries to open their doors to women in distress.

“The vision I have is if you’re walking home from the tube at night, you shouldn’t be more than a few minutes away from a safe haven, whether that’s the shop where you buy your milk, the café on the corner, or the local community centre,” said Councillor Sue Lukes, Islington’s safety chief.

The scheme will mean that those who are in danger, feel threatened, are unwell or in need of help can look out for “safe haven” signs.

Establishments taking part in the scheme will help by letting women in, and keeping anyone who is threatening them out. They will call the police, family or friends for women in need and give them directions and public transport information.

“This business of making and keeping women and girls safe is a community enterprise,” said Cllr Lukes.

“We want everyone to play their part in that. And local businesses can do that very simply, and at almost no cost to themselves, by becoming a safe haven.”

“Safe havens” are part of a new strategy launched last week at the Town Hall.

“When a woman decides ‘that’s enough, I’ve got to get out,’ that often represents a hugely dangerous moment,” Cllr Lukes said. “It’s often the time when the abuser’s behaviour changes for the worse.

“Now we have daily meetings, which means that within a day or two of a woman contacting us or the police or other agencies, all the agencies who can help her are going to be in a virtual room, talking about how to keep her safe.”

Between April 2017 and March 2021, 10,094 domestic abuse offences were recorded by the Islington Police.

However, only 1,705 domestic abuse offences were given formal sanctions in the same period.

Cllr Lukes has stressed the new scheme will focus on “holding perpetrators to account.”

The scheme, Cllr Lukes said, “is about supporting survivors, and making sure we’ve got the resources available to respond to women and girls who face violence or abuse in the home.