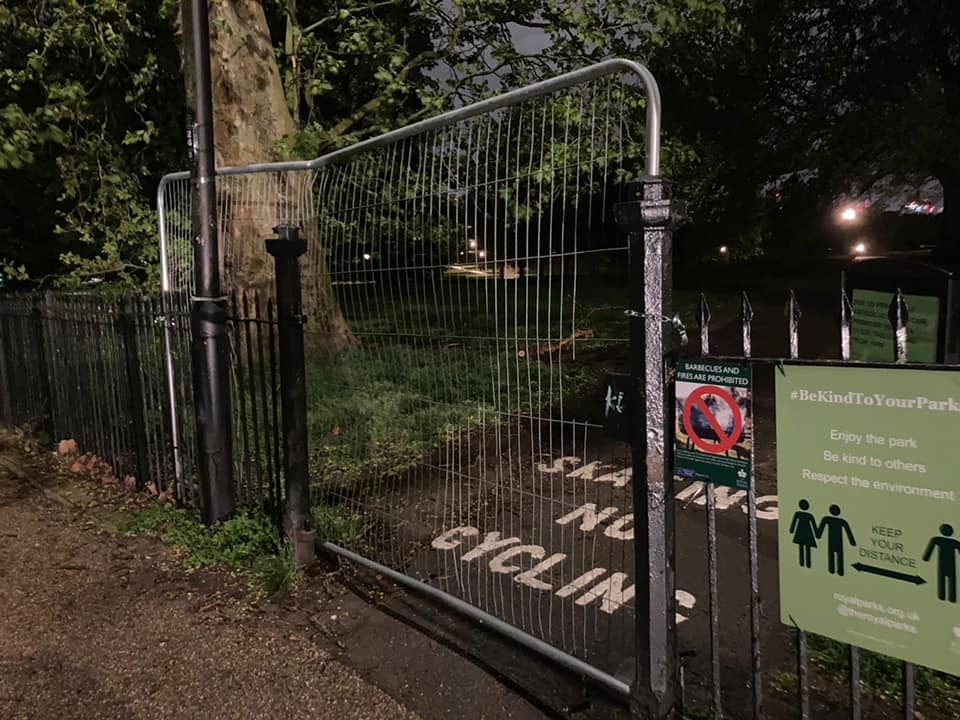 PEOPLE will be locked out of Primrose Hill at night during the weekend until at least early November, as the Royal Parks has again delayed its full time reopening of the hill.

Temporary gates were introduced in late May, after a catalogue of antisocial behaviour and late-night noise had kept some living near the park awake until the early hours of the morning and left others fearing for their safety.

The closure which begins at 10pm on Friday, Saturday and Sunday nights was introduced to try and stop the hill being seen as a nightime destination while pubs and bars were closed.

However with venues reopening as lockdown has been lifted, the closure has stayed in place.

A battle has raged between campaigners who wanted a “firebreak” set of closures to provide respite from the disturbances, and those who worried about access to public spaces during a national lockdown and that the piecemeal measures would lead to a permanent closure during the evenings.

A spokesperson for the Royal Parks, which manages Primrose Hill said: “The Royal Parks and the Metropolitan Police service continue to work together to close Primrose Hill from 10pm on Friday, Saturday and Sunday evenings. Having reviewed the situation again recently, we have made the decision to keep the gates closed until at least November 5, at which point we will consider whether weekend closures should be extended beyond that date.

“We understand that this is frustrating for many local residents and we will continue to monitor the situation. As always, we urge all visitors to be mindful of others and to respect the park and local residents.”