Primrose Hill to reopen at night-time during weekends 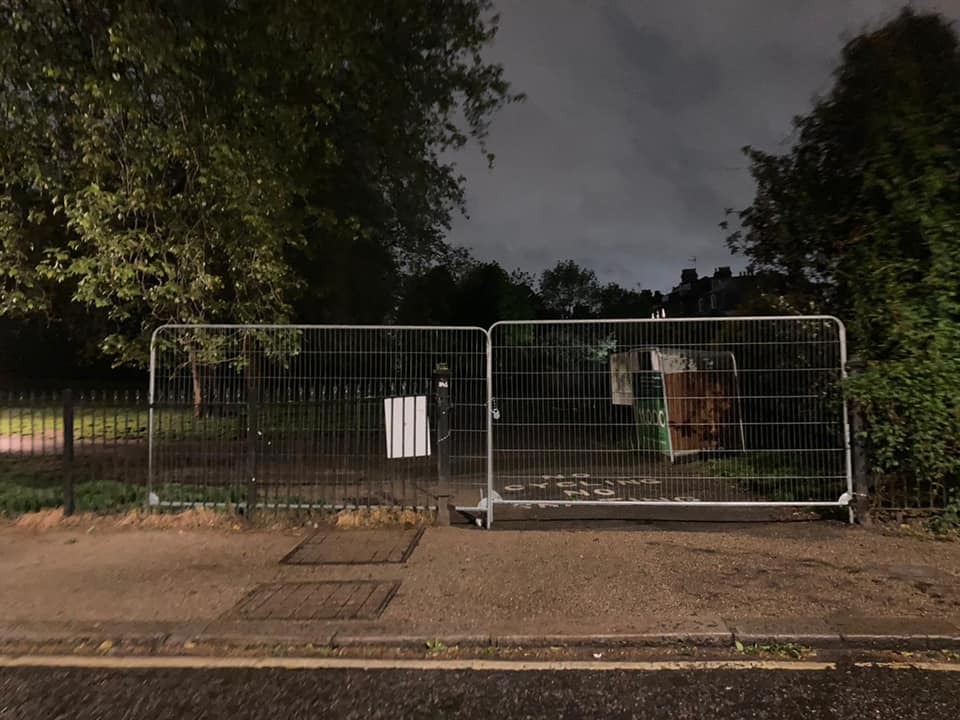 PRIMROSE Hill will reopen for 24 hours a day, 7-days a week from the start of December after more than six months of weekend night-time closures.

The move comes after a review of the controversial gates by the Royal Parks, which found that crime in and around the hill had dropped sharply in recent months. The park has been shut on Friday, Saturday and Sunday nights from 10pm since May, after reports of loud parties, drug taking and antisocial behaviour during Covid lockdowns when pubs and nightclubs were closed by law.

The issue launched two campaigns, one in support of gates from people who had complained of sleepless nights and disruption, and  another to keep gates off the park and to try and encourage active policing of the green space rather than resort to gates.

As the nights have become colder in recent weeks, coupled with the legal reopening of venues, parties and antisocial behaviour have stopped and the number of people on the hill at night has fallen. Initially the gates were due to be lifted at the end of August, however extensions mean they have been in place until now.

In a statement, the Royal Parks said Primrose Hill will reopen at night at weekends from Saturday December 4. Sunday closures will also stop from this week.

A lobbying campaign had been underway in recent weeks from a group who have pushed for gates to stay on the hill overnight. A video has been produced and sent to the Royal Parks and Camden councillors, featuring footage of issues and stories from those who live nearby.

A Royal Parks spokesperson said: “The decision to re-open the gates is based on the latest police data. This shows that almost 80 per cent of all reported incidents of anti-social behaviour in the six months between May and October took place in June and July, during the period when Covid restrictions were still lifting and evening leisure venues were still limited. As city life returns to normal, police evidence shows there has been a sharp decline in the number of recent reported incidents of anti-social behaviour, dropping from 46 reports in July to just four in October.

“We are re-opening the park in a phased way in order to monitor the impact on particular weekend evenings. We will continue to work closely with the police to assess how it’s going and to respond accordingly if we start seeing an increase in noise disturbances and anti-social behaviour.”

The park will still close on New Year’s Eve, as it did in previous years.

Amy McKeown, who has been a part of the Keep Primrose Hill Open and Primrose Hill Keepers groups said: “It’s really great news that the gates are off, because clearly it has caused a lot of misery. They should have been removed in August like we were promised, there’s been three with gates that we were told there wouldn’t be.”

She added that she wanted the park to come up with a long term strategy for management of the park. “There needs to be a plan of action, and we want to meet with Royal Parks to work with them on it. We also want there to be an assurance that the gates are off permanently.”