Singer’s confession: ‘I have performed in front of millions but nothing’s as nerve-wracking as this’ 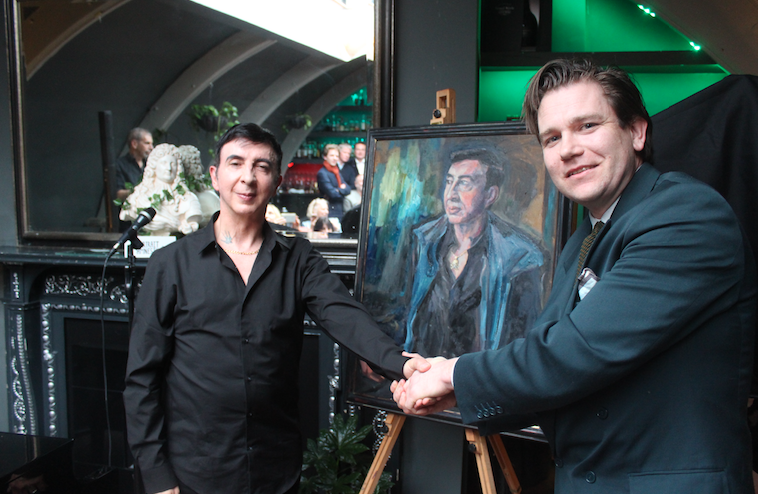 An artist – and the celebrities he had painted – faced the nerve-wracking moment of unveiling his portraits for the first time in front of them this month. 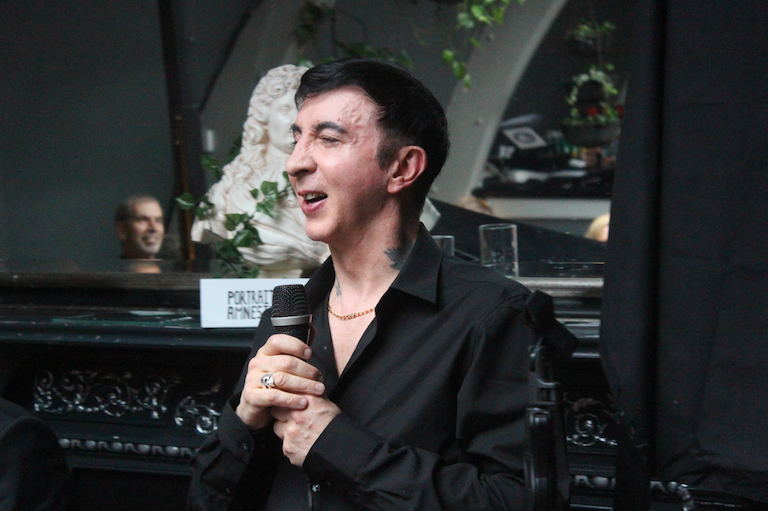 Almond performed a gig at the private event last week

They had gathered in L’Escargot restaurant in Greek Street, Soho, for the unveiling.

Mr Almond, who filled the O2 last October, said: “I have performed in front of millions of people but nothing is as nerve-wracking as this.”

He sat for the portrait last year.

Mr Llywelyn-Hall told the New Journal: “I wanted to do a series of portraits where everyone in the room was from different walks of life, but in the room for the same reason, creating discourse and connecting over an image of themselves.”

The artist, who was previously commissioned by the Royal Family to paint the Queen, said: “Celebrities are a sort of public property. People think they have a degree of ownership over that person and their image.

“I think that’s why I want to sit with them because I want to get a sense of them. It is an infiltration. You have to get beneath the skin and flesh. They have to be entirely still in themselves in that moment. People who are in the public eye love those private moments. They cherish them.”

Ms Johnson said: “I sat with him for a very short time – 45 minutes – and he’s the sort of person who you feel you have known for ages, and more importantly it’s as if he has known you because he sees you. 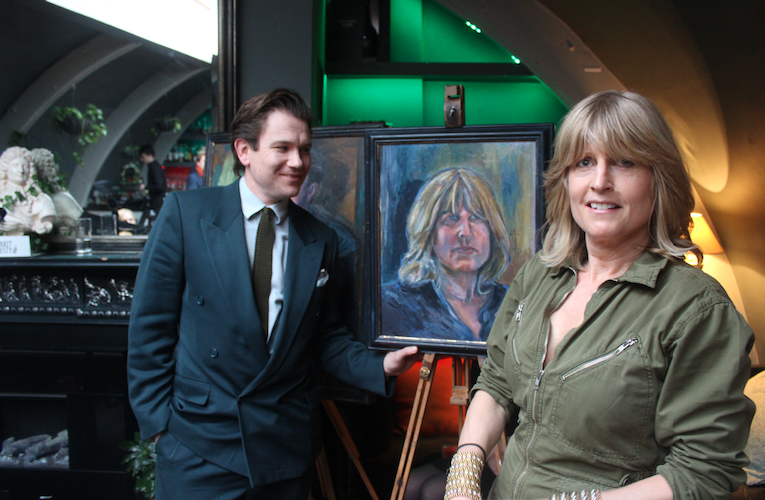 Ms Johnson with her portrait

“He is very accepting of how you are… and he gave me delicious hard black cherries which you can see in the painting, my jaw is working the entire time.”

Ms Johnson, a remain campaigner against Brexit while her brother Boris, the former Mayor of London wants the UK to leave, added: “There is the liberal side of the family which is completely overlooked in the narrative of the Johnsons as being an ambitious, power-hungry, blond tribe.

“Obviously, there is a grain of truth in that but I was glad that Dan came to my mother’s flat and could see that we are not barbarians. Not all of us, anyway.”

Richard Glynn, community groups fundraiser at Amnesty International, said: “We are funded by the individuals who support us and are always looking for new supporters, which hopefully this project will encourage.”

The portraits will go on show at Avivson Gallery in Highgate High Street in October and will be for sale alongside limited-edition prints with all proceeds going to Amnesty International.
The exhibition will run from October 23 to November 30.